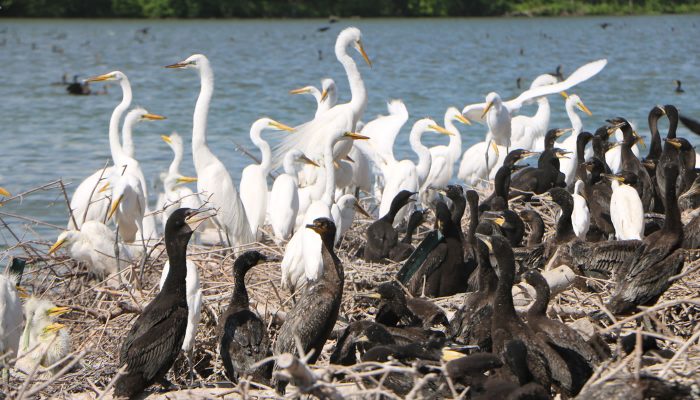 BARRINGTON, Ill. — The Forest Preserves of Cook County estimates more than 200 birds have died at Baker Lake in Barrington, Illinois in the past week alone.

When he and his team arrived at the lake, which is home to one of the most significant Heron rookeries in the Midwest, he said it became obvious very quickly a number of birds were in distress.

“As we proceeded down the shoreline we found even more birds that were already dead,” said Anchor. “In the 40 plus years that I’ve been associated with the forest preserve district, I have never seen this type of outbreak occur before.”

While Baker Lake is the only known location in Chicagoland to be experiencing an avian influenza outbreak of this magnitude, the preserve has sent teams out into other lakes and wetlands in search of spread.

According to the Centers for Disease Control and Prevention, at this time the threat to human safety is low from this specific strain of avian flu. However it is still recommended to avoid contact with dead or dying birds.

Should you come across an area with more than one dead bird, the Forest Preserves ask that you contact them.