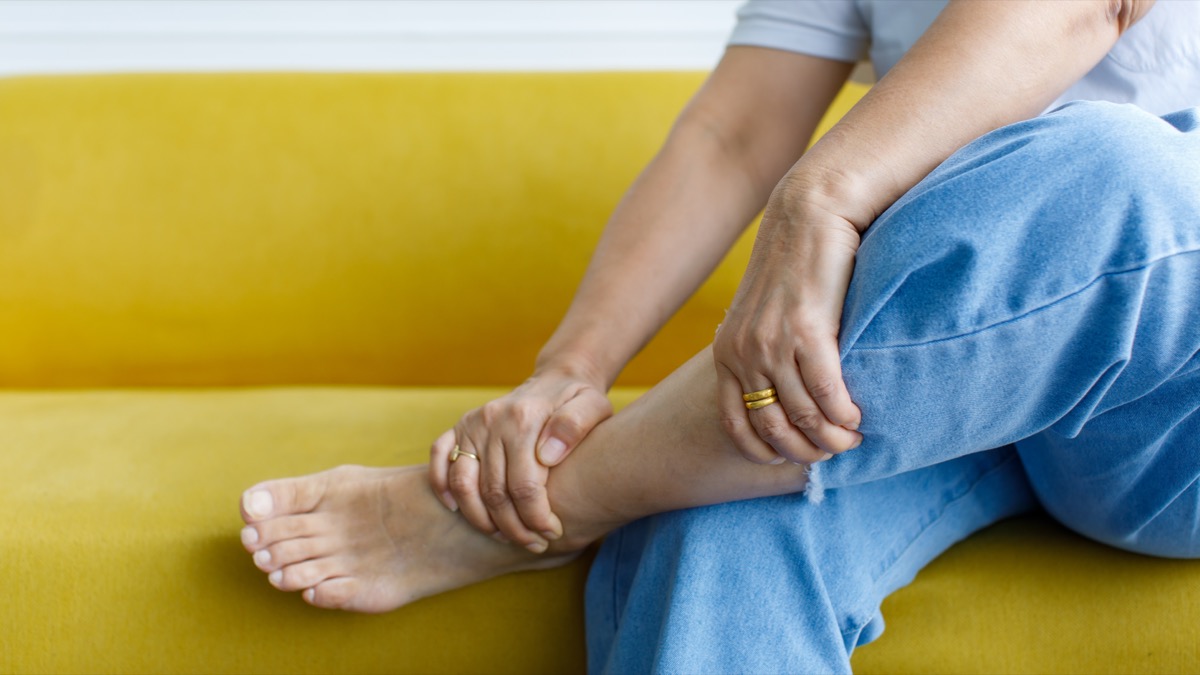 Now, experts are drawing attention to a symptom which is closely linked with one of these rarer conditions. They say that if you notice this particular symptom in your arms and legs—or even in your face—your doctor may be able to follow up with a blood test to distinguish between this condition and several other movement disorders with overlapping features. Read on to learn why this symptom is considered a major red flag, and what to expect as your doctor works toward a diagnosis.ae0fcc31ae342fd3a1346ebb1f342fcb

RELATED: If You Notice This With Your Toes, Get Checked for Parkinson’s.

Because so many movement disorders share symptoms, and because these symptoms often begin subtly and worsen over time, they can be difficult to diagnose. To complicate matters further, some of the most well-known movement disorders cannot be diagnosed based on a single test or the presence of any one symptom.

For instance, if Parkinson’s disease is suspected, a neurologist must evaluate symptoms and medical history, and perform a neurological and physical examination. It is possible to meet the criteria for a Parkinson’s diagnosis if another movement disorder is actually to blame.

RELATED: If You’ve Done This, Your Parkinson’s Risk Goes Up 90 Percent, Study Says.

This lack of sufficient diagnostic testing translates into a high rate of misdiagnosis in movement disorders. In fact, a 2006 study published in JAMA Neurology found that one in three subjects presenting with tremor was misdiagnosed as having essential tremor, when their true diagnosis was Parkinson’s.

“Because there is no conclusive screening or test, patients with very early Parkinson’s disease may not meet the clinical diagnosis criteria. On the flip side, this lack of specificity means that you could be diagnosed with Parkinson’s disease, only to find out later that you have a different condition that mimics Parkinson’s,” write Johns Hopkins experts, who were not associated with the JAMA study.

For this reason, your doctor should rule out the movement disorders that can be screened with a blood test and other diagnostic testing to inch you closer to a conclusive diagnosis.

One particular movement disorder that can be confirmed with a blood test is Huntington’s disease, a rare, progressive brain disorder that affects movement, mood, and thinking skills. Experts warn that if you experience chorea, a symptom characterized by involuntary jerking movement in the arms, legs, or face, it’s a good idea to request a screening. According to the Alzheimer’s Association, this involuntary limb movement is among the most common signs of Huntington’s disease,

Huntington’s disease is a genetic disorder, and can be inherited from just one parent. Diagnosis blood testing is especially important if you show symptoms and do not have a complete family medical history available to you.

For more health news sent directly to your inbox, sign up for our daily newsletter.

Those with incomplete family histories can also look for additional signs of Huntington’s disease which may help to distinguish it from other movement disorders.

The Mayo Clinic notes that Huntington’s patients typically present with three main types of symptoms: physical, cognitive, and psychiatric. Those that affect physical movement include muscle problems, slow eye movement, impaired gait, and speech difficulties. Those that affect cognitive ability include lack of impulse control, slowness in language processing, learning difficulties, lack of flexibility, and difficulty focusing on tasks. And finally, those that affect one psychiatric state include depression, withdrawal, fatigue, insomnia, and more. Speak with your doctor about screening for Huntington’s or related movement disorders if you notice any changes of this nature.

RELATED: Neil Diamond Says Parkinson’s Means He Can Never Do This Again.