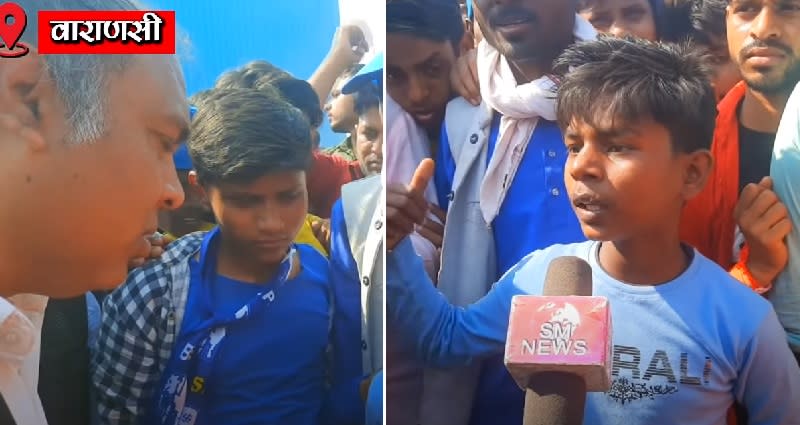 A video of a teenage boy in India telling a reporter why classrooms are more important than temples has garnered attention online.

The clip, which has gone viral on social media, shows a local reporter from SM News interviewing a 13-year-old boy from Varanasi city, in the northern Indian state of Uttar Pradesh.

Asked what he plans to do when he grows up, the boy said he wants to serve his community by becoming an Indian Administrative Service officer.

When the reporter then asked the teen about going to temple, he talked about the merits of schools instead. “When we study, then we’ll get a job,” the boy said.

According to the young interviewee, he would “rather be in a classroom” because schools are more important.

“God has not hurt us,” he reasoned. “God will not give us anything. But education will.”

The stunned reporter then asked him about his caste, a social system that divides Hindus into rigid hierarchical groups and has long been used for discriminatory practices in Indian society.

“I am from the Chamar community,” the boy answered.

The reporter remarked: “You are from the Chamar community, and you say this with such pride!”

Under modern India’s system of affirmative action, Chamars are classified as a Scheduled Caste, the lowest in the caste hierarchy. Being called a Chamar is considered derogatory in India.

While discrimination based on the caste system has been banned in India since 1948, its existence over thousands of years continues to provide the upper castes with societal privileges while the lower castes remain repressed and limited in job opportunities.

The teen said that instead of looking up to gods in a temple, he admires Dr. Bhim Rao Ambedkara member of a low-caste community who went on to become a notable Indian scholar, politician, jurist, social reformist and author of the Indian constitution.

Ambedkar, also referred to as an honorific title Babasaheb, was instrumental in leading public movements that advocate for marginalized communities.

With the crowd starting to boo the reporter, he went on to ask the teen why he would want to worship Ambedkar but not the gods.

“Babasaheb gave us reservation and constitution,” the boy said. “What did gods do for us? We don’t go to a temple, we go to schools. God has given us nothing. I would rather get an education in a school.”

The two-minute clip has been widely shared across social media platforms, receiving many comments from social media users who were impressed by the boy’s response.

Among them was journalist Ravi Nair, who posted the video on Twitter and wrote: “Kids like him give us the hope that India hasn’t lost everything to the saffron mobs.”

The boy’s comments also drew contention from those who believe that one can also achieve success by adhering to the teachings of both schools and temples.

SF Man Delivers Food From Chinatown to His Friends, Family for FREE