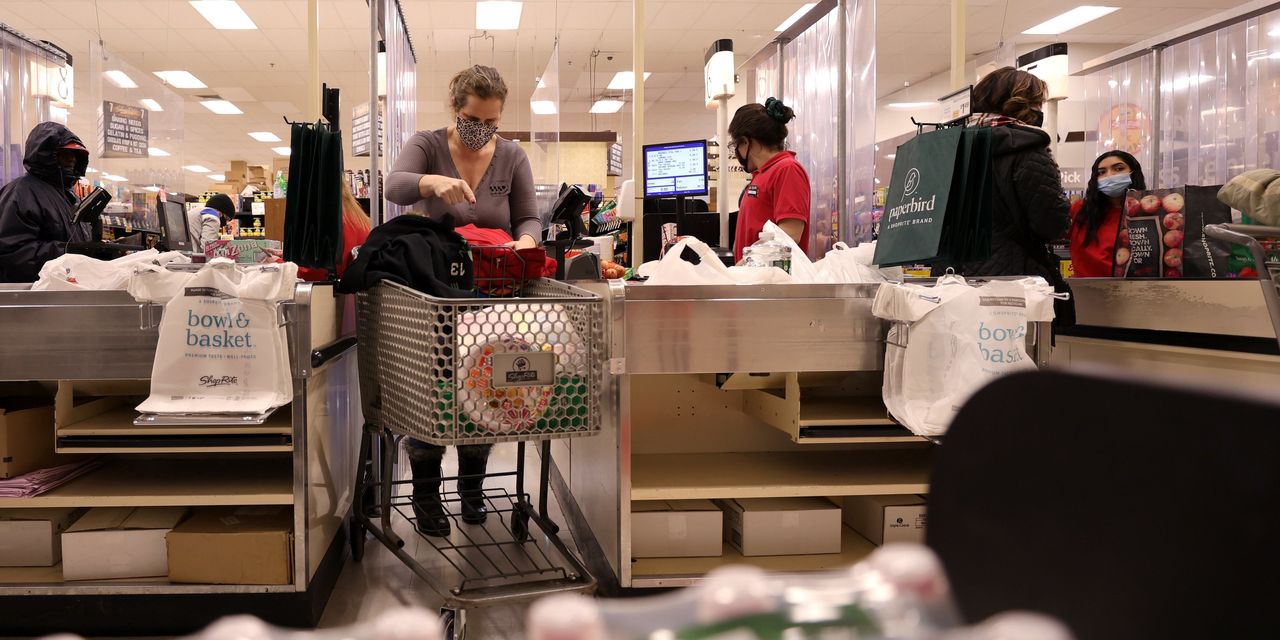 Instacart Inc. said it has cut its valuation by about 38% to $24 billion, illustrating the difficulties of competing in the delivery market.

The San Francisco company said the valuation reflects the market turbulence impacting public and private technology companies. Instacart, which sends shoppers to pick and deliver groceries from supermarkets, was last valued at $39 billion about a year ago.

The pandemic was initially a boon to its business, as consumers avoided going to physical stores and turned to grocery delivery. Since then, a flurry of newcomers have joined the industry and consumers have returned to shopping in person. Delivery remains expensive due to labor and transportation costs, while the work of picking out groceries has become harder as supermarkets face persistent shortages.

Instacart has had a string of executive changes and departures over the past year. The company named Fiji Simo as its chief executive officer, while Apoorva Mehta, co-founder and former CEO, became executive chairman of the board. Carolyn Everson, who joined as president from Meta Platforms Inc.,

left about four months after starting at the company. Seth Dallaire, chief revenue officer, left in the fall for Walmart Inc.

are down about 22% from a year ago, while Shopify Inc.

“If you’ve been following the public markets, this is probably not too surprising. But it doesn’t make it any less painful,” Ms. Simo said to employees, according to a recording of a staff meeting reviewed by The Wall Street Journal.

If Instacart had been a publicly traded company, its shares would have fallen along with the rest of the market, she said. Instacart is trying to mimic how it would be viewed in the public market, she added.

Ms. Simo said the new valuation doesn’t affect Instacart’s plans to go public, in response to a question asked at the meeting. She said the company has a strong balance sheet and doesn’t need to raise a lot of money when it goes public.

Instacart is granting company stock using the new valuation, rather than the previous valuation price, and this will give employees more share units, according to a memo sent to employees.

Ms. Simo said in the meeting that she had a similar experience when Facebook, now Meta Platforms, went public and stock dropped shortly thereafter. Shares eventually bounced back.

“Instability in valuation is not fun for everyone,” she said. “It is often temporary and I would encourage you to take a long-term view.”

The valuation news was earlier reported by Bloomberg.

The company has been looking for ways to expand beyond its grocery-delivery business. It is expanding its advertising business while seeking to build out a range of services such as warehouses and in-store technology for retailers.

At the same time Instacart is trying to expand its grocery operations, offering 30-minute delivery with supermarkets such as Kroger Co.

and Publix Super Markets Inc. Last year, it acquired a maker of automated shopping carts and a catering software company. It said this week that it will start building fulfillment centers for supermarkets that can deliver groceries in 15 minutes. Instacart said it had a record-high number of orders, revenue, ad revenue and gross profit in 2021 and that its business outlook is strong. The company said it has more than $1 billion in cash and securities.

Write to Jaewon Kang at jaewon.kang@wsj.com