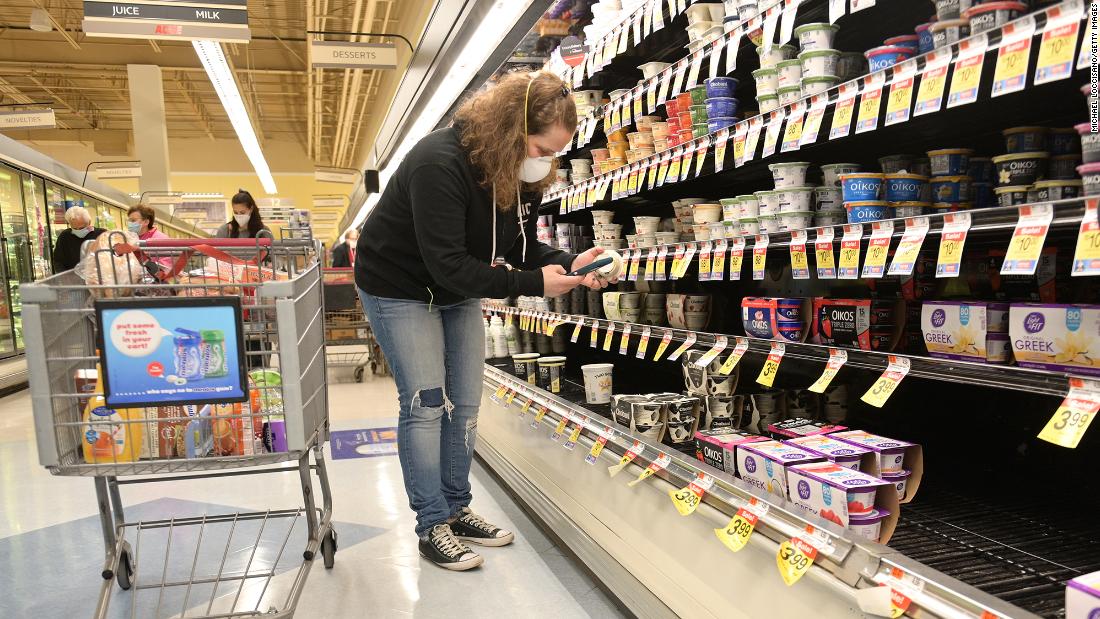 On Thursday, the decade-old, privately-held startup informed its 3,000 corporate employees that it is revising its valuation down to $24 billion, citing market conditions.

An Instacart spokesperson said in a statement to CNN Business Friday that the company is “confident in the strength of our business, but we are not immune to the market turbulence that has impacted leading technology companies both public and private.”

“We can’t control the market, but we can control how we respond,” the spokesperson added, noting that staffers were informed about changes to equity in response to the new valuation. “Markets go up and down, but we are focused on Instacart’s long term opportunity to power the future of grocery with our partners.”

Instacart cited Shopify, Meta, and DoorDash, whose stocks are all down significantly from their high points in the past year. Separately, the company acknowledged in late February that its marketplace was stabilizing after a busy holiday season atop the pandemic-fueled demand. The company said at that time that orders grew 30% last year from the year prior, and that demand remains high.
The news, first reported by Bloomberg, comes the same week that Instacart announced new services for retail partners, including a foray into 15-minute deliveries in partnership with select grocers, beginning with Publix.

Instacart is widely speculated to be eyeing an IPO. In an interview with CNN Business earlier this week, Instacart CEO Fiji Simo declined to comment on timing for a public market debut, but said: “We do plan to be a public company at some point and I really wanted to make sure that, as we think about that, we really attract investors that understand the vision for the company.”

Simo left her post as a Facebook VP and head of the company’s flagship app to take over the helm of the startup last summer.