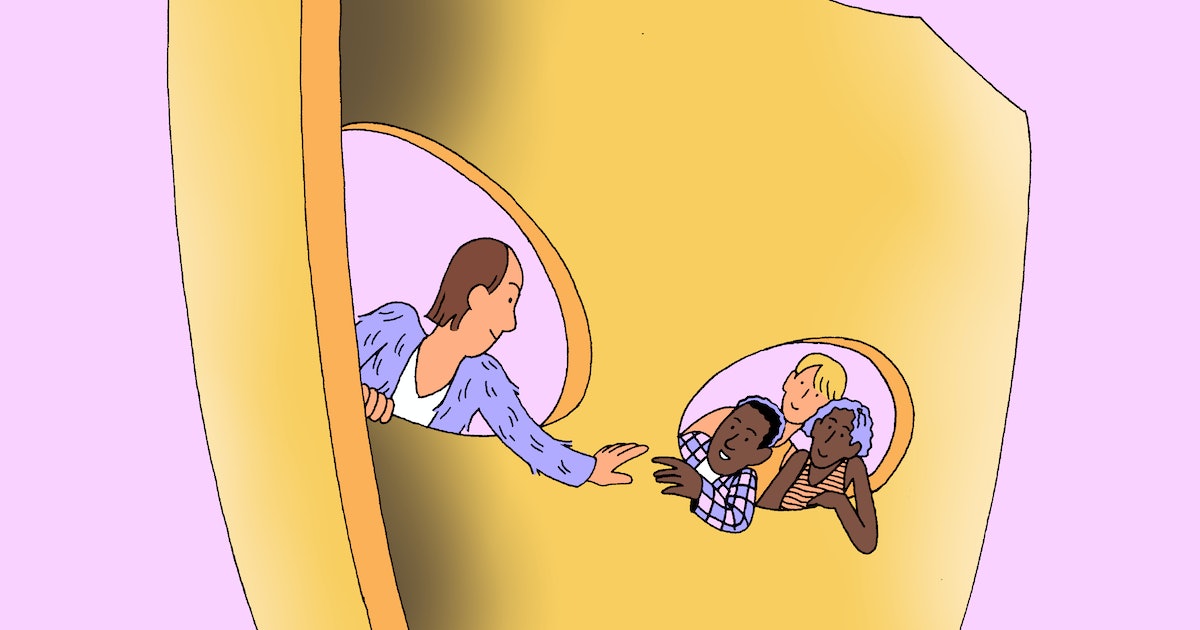 Doctors have been telling us for decades that social connection has a major impact on our health. Throughout the pandemic, many of us learned something about just how quickly we can become sick or sad in isolation. Now that a lot of us are allowed to reenter social life, though, our personalities rather than public health mandates determine how much time we spend with other people. And new research suggests that there are surprising links between personality, social connection, and brain health.

The study, which was released yesterday in Journal of Personality and Social Psychology, analyzed the personalities of 1,954 adults in Chicago from 1997 to the present day. Researchers gave individuals an initial personality assessment and a cognitive assessment every year of participation. Since the study spanned over two decades, scientists had the opportunity to observe how people with different personality types aged cognitively, and they found some distinct connections between certain personality types and how quickly a person’s brain aged.

To be clear, when psychologists refer to personality assessment, they aren’t just judging people about what kind of people they are. There are believed to be five primary categories of personality traits: Openness, Conscientiousness, Extraversion, Agreeableness, and Neuroticism. Each participant was given a score for each trait on a scale of zero to 48. What they found was that people who were high on the conscientiousness scale or low on the neuroticism scale were less likely to move from normal cognitive functioning to mild cognitive impairment over the course of the study.

Some experts think that this research is important because it serves as data to support what they’ve been trying to tell us, namely that social connection is crucial for our physical and mental health. “A strong social support network and consistent interactions with people is absolutely a protective factor for our cognitive health, so it makes some sense that extroverted people would experience lower rates of cognitive decline,” says Stefani Goerlich, a Detroit-based psychotherapist. “Likewise, people who are more conscientious in general are probably more conscientious about managing their health proactively- which again, will protect against cognitive decline,” Goerlich explains.

Those who were highly extraverted were able to recover from cognitive impairment better than those who scored lower.

This seems like common sense and it lines up with previous studies about social connection and health, though, so what’s different about it? “A lot of research is about finding evidence for the things we already suspect are true,” says Goerlich. “This is one of those cases — it’s adding empirical evidence for a common sense assumption.” Having data about healthcare, it turns out, can be crucial in determining both public policy and personal choices. And, Goerlich emphasizes, this study is descriptive rather than prescriptive, meaning that it tells us about a correlation that currently exists but doesn’t have to continue.

There is a lot of debate about whether personality traits are static or fixed, but Goerlich says that personality may be a lot more fluid than assessments can measure. “Thesis [traits] are not innate things that some people have and others don’t,” Goerlich explains. “Anyone can work to be a bit more extroverted or a bit more mindful.” In that way, Goerlich says she disagrees with the idea of ​​interpreting this study as establishing a causal link between personality and cognitive decline.

It may be tempting to make blanket statements about personality and health, but ultimately, human personality is nuanced. Even in this rigorous longitudinal study, while extraversion was linked with additional cognitive health, introversion was not associated with cognitive decline. According to the study, the personality trait most closely linked to cognitive decline was neuroticism, which is characterized by moodiness, emotional instability, and affects how people deal with stress. This finding is consistent with other recent research that suggests that neurotic people are more likely to develop dementia.

All told, this research confirms our common sense notions that community and connection lead to greater health. “Therapists and doctors can encourage our clients to form the social supports and behavioral habits that are beneficial without relying on ‘just trust me,’” says Goerlich. But that doesn’t mean that if you tend to be neurotic you are doomed to early onset Alzheimer’s. We all possess the big five personality traits to some degree, and it is up to us how we enact them in our behavior.

Honestly, as an introvert, I felt attacked by this study at first, but Goerlich asserts that it’s more nuanced than simply “extroverts live better longer.” I asked Goerlich if it’s possible to be a conscientious introvert. “Yes,” she says. “You can also be a Neurotic Extrovert, for that matter.” Each of the big five personality traits is a different measure, she explained, and none of them are predictors of how you show up in the world.