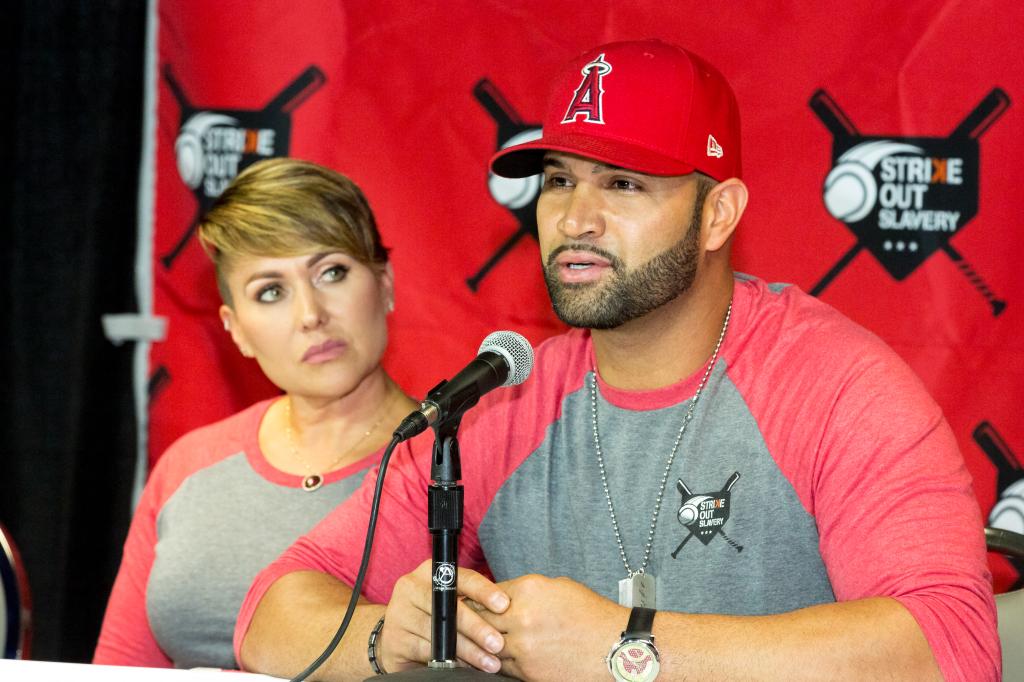 More details are starting to trickle out about Albert Pujols divorcing his wife of 22 years.

On Monday, Pujols announced that he was filing for divorce. The announcement came days after the news that his wife, Deidre, had undergone successful surgery to remove a brain tumor.

Tuesday, TMZ reported that Pujols cited “irreconcilable differences” in the filing, and that the couple have been split up since February. Albert and Deidre Pujols share five children, and the MLB slugger reportedly requested joint custody of the three who are minors.

“I’ve been asked a lot of questions over the past few days regarding what’s been going on at home and sadly, after 22 years of marriage, I have made the decision to file for divorce from my wife, Deidre,” Pujols said in at statement released by his agentDan Lozano.

“I realize this is not the most opportune time with Opening Day approaching and other family events that have recently taken place. These situations are never easy and isn’t something that just happened overnight.”

Pujols signed back with the Cardinals this offseason. He previously starred in St. Louis from 2001 through 2011. He then spent over nine years with the Angels and finished last season with the Dodgers.

“As a devout Christian, this is an outcome that I never wanted to see happen,” Pujols continued in his statement. “For many long days and nights, I prayed, asking the Lord for His guidance.”

Pujols said in his statement that he and Deidre “remain committed” to raising their five children “in a loving and safe environment.”

“I am grateful for the five beautiful children that we brought into this world and remain committed to raising them in a loving and safe environment,” he wrote. “I ask that you please respect our privacy and the privacy of our five children during this time.”