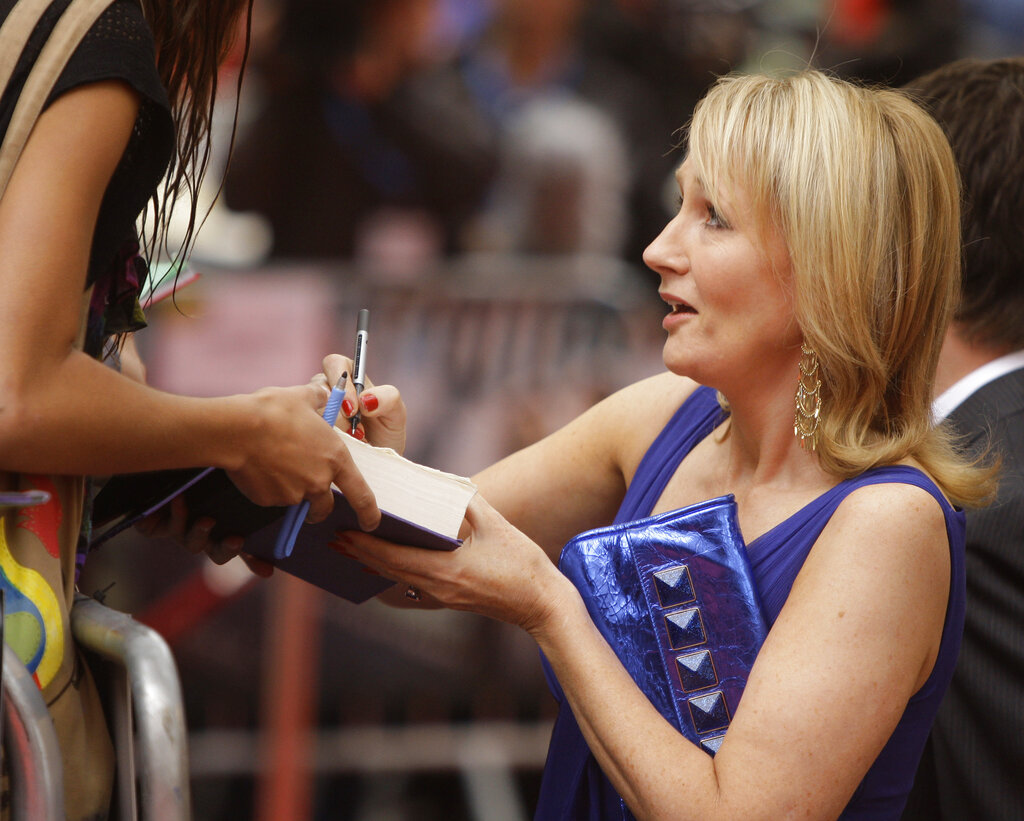 “Critiques of Western cancel culture are possibly not best made by those currently slaughtering civilians for the crime of resistance, or who jail and poison their critics. #IStandWithUkraine,” Rowling tweeted Friday.

She included an article about jailed Putin critic Alexei Navalny.

Putin made his Rowling comments during a televised meeting Friday. He compared the cancellation of Russian cultural events with the actions of Nazi Germany.

“Today they are trying to cancel a whole thousand-year-old country, our people,” Putin said. “I am talking about the progressive discrimination of everything connected to Russia, a trend that is unfolding in a number of Western states and with the full connivance and sometimes the encouragement of the ruling elites. The notorious cancel culture has become a cancellation of culture.”

He then compared the treatment of Russian cultural figures with Rowling’s ostracizing for her perceived anti-transgender views.

“Not so long ago, they canceled a children’s writer, Joanne Rowling, because she, the author of books spread around the world, in hundreds of millions of copies, failed to please the supporters of the so called gender liberties,” Putin said.

Critiques of Western cancel culture are possibly not best made by those currently slaughtering civilians for the crime of resistance, or who jail and poison their critics. #IStandWithUkraine https://t.co/aNItgc5aiW