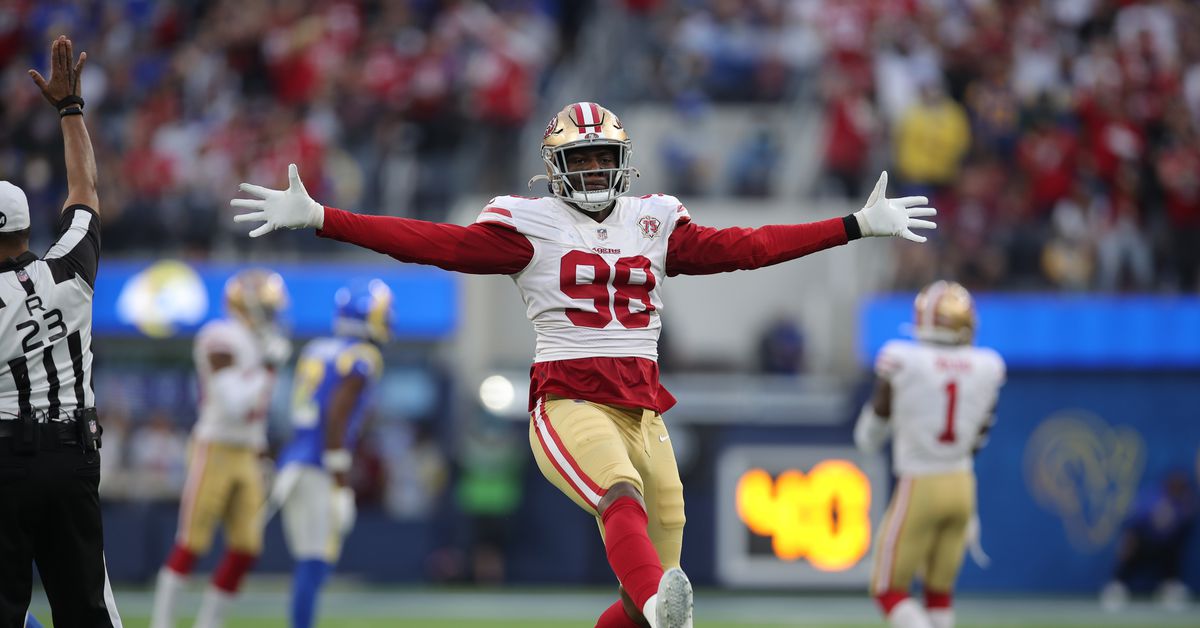 Another member of last season’s San Francisco 49ers has signed with a new team this offseason. On Wednesday, the Jacksonville Jaguars announced that they have signed defensive lineman Arden Key to a one-year contract. NFL Network reporter Mike Garafolo reported that the deal could be worth as much as $7 million. However, not enough details have been reported to know the true salary cap and compensatory pick implications of the signing.

Key was a highly-touted prospect during his college career at LSU. He recorded 12 sacks during his sophomore season, but injuries and off-field questions led his stock to fall. The Raiders drafted him in the third round of the 2018 NFL Draft out of LSU, but he never developed into an impact player with them. Despite playing in 37 games (10 starts) with the Raiders from 2018-2020, Key recorded just three sacks and eight tackles for loss. Without producing at a high level, Key was released by Las Vegas last offseason.

The 49ers soon signed Key to a low-risk one-year, $1.045 million contract to see if they could help him tap into the potential he had shown early in his career. It ended up being one of their best moves of the offseason.

Key played in just 35% of the 49ers’ defensive snaps last season, but he was one of their most prolific pass rushers. Key earned more and more playing time as the season went on, especially once the Niners started deploying him on the interior line. In the smallest role of his career, Key set career-highs in nearly every notable stat. He recorded 22 tackles, 17 quarterback hits, 6.5 sacks, and five tackles for loss. His 69.5 overall and 79.4 pass-rushing PFF grades were both leaps and bounds above his best performances with the Raiders as well.

Key’s track-record and promising 2021 season made him one of the most intriguing free agents this offseason. A team who believed in Key as an amateur prospect could view his 2021 as a sign that he was finally living up to his early-career projections. On the flip side, there are also reasonable concerns that Key benefitted from the 49ers’ defensive environment, which has helped several players produce career-best seasons in recent years.

Key now heads to Jacksonville, where he should receive ample opportunities to thrive in a larger role. Granted, that will come with arguably the weakest supporting cast of his career. Pro Bowl edge rusher Josh Allen is currently the only elite player on the Jaguars’ defensive unit. Still, if Key can build upon his 2021 success, he will be well-positioned for a huge payday next offseason.

The 49ers limited salary cap space always made a reunion with Key unlikely, particularly after using the bulk of their flexibility to sign cornerback Charvarius Ward. While the terms of Key’s contract are unknown, his departure will likely give the Niners an opportunity to receive an additional compensatory pick in the 2023 NFL Draft.

The 49ers are currently slated to receive a fifth-round comp pick for the departure of DJ Jones and seventh-round comp picks for Raheem Mostert and K’Waun Williams, per OverTheCap. Assuming Key’s contract includes at least $4 million in combined base salary and signing bonus, he should position the Niners to add a sixth-round comp pick if they do not sign another free agent to a similar deal.