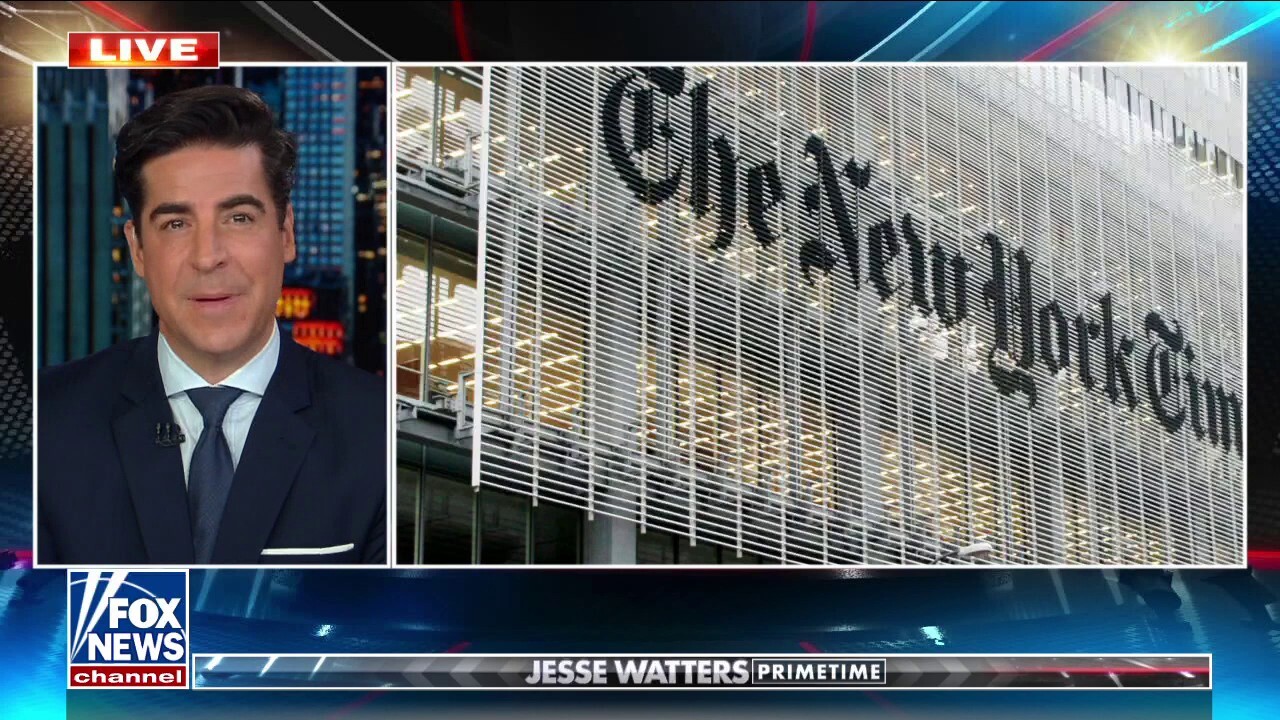 Jesse Watters welcomed The New York Times editorial board into “all of our worlds” Friday after he faced backlash for “telling the truth” about cancel culture on “Jesse Watters Primetime.”

JESSE WATTERS: Similar situation with this cancel culture story that I just told you about, the Times is getting raked over the coals for publishing that today. Here are the headlines.

Keith Olbermann, do you remember that guy? Well, he’s furious. He says here, “There is not freedom to have any opinion without consequences.” According to Olbermann, opinions are the real crime wave.

New York, USA – June 7, 2014: Facade of the New York Times headquarters building on 8th Ave. in Midtown Manhattan. The building was completed in 2007. The New York Times is an american daily newspaper that was founded in 1851.

We never thought we’d see this, but liberal pundits and journalists across the country today, saving the Times and demanding the resignations of everybody on the editorial board. They want to cancel The New York Times for writing cancel culture doesn’t exist or does. No, you better retract, or you’re canceled, quote, “It’s hard to imagine a more fundamental misreading of the freedom of speech — or an organization whose credibility depends more on understanding it correctly than today’s lead editorial from The New York Times editorial board. Here’s my solution, correct this editorial and resign.”