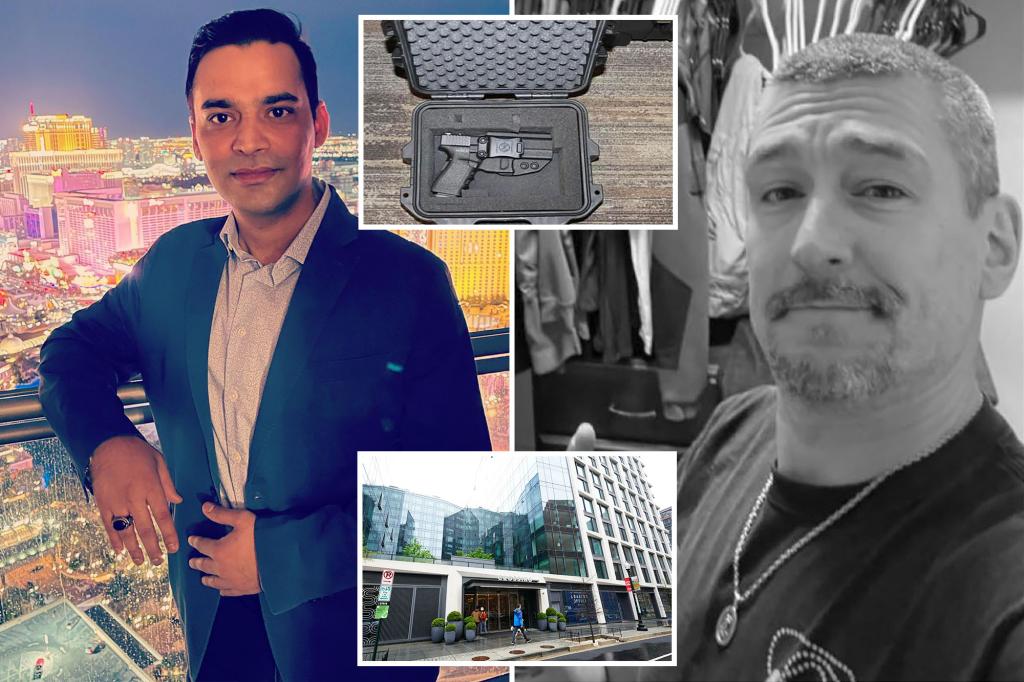 Secret Service agents assigned to the security details for President Biden and Vice President Kamala Harris are involved in a bizarre bribery and infiltration scheme operated by a pair of phony federal agents, according to a new report.

At least four Secret Service members were compromised by alleged conspirators Arian Taherzadeh and Haider Ali, according to a Friday filing by federal prosecutors. The feds say Ali boasted of links to Pakistan’s powerful Inter-Services Intelligence spy agency and his passport indicated recent trips to Iran and Pakistan.

Secret Service agents typically rotate through different details over time and it’s unclear whom the agents were assigned to protect when FBI agents raided a Southeast DC apartment building late Wednesday and arrested Taherzadeh and Ali.

The precise aim of the men is not yet clear, but unnerving details are emerging.

Taherzadeh and Ali, operating out of five units of a ritzy apartment building in DC’s Navy Yard neighborhood, allegedly told their targets that they were working on covert investigations into last year’s Capitol riot as well as doing undercover anti-gang work. They claimed to be special agents at the Department of Homeland Security’s non-existent US Special Police Investigation Unit.

The men plied Secret Service agents plus at least one Department of Homeland Security official with gifts and free rent — and even shot one of their “applicants” to the phony unit with an Airsoft rifle “to evaluate their pain tolerance and reaction,” according to short documents.

Taherzadeh, who is not allowed to possess guns due to a 2013 domestic violence conviction, blabbed to interrogators after being busted this week, according to the Friday filing requesting that he and Ali be held pending trial.

The men allegedly gained access codes to all units in the building and claimed to be able to surveil residents’ cellphones. Many journalists, government workers and members of Congress live either in the building or nearby.

“Taherzadeh stated that Ali had obtained the electronic access codes and a list of all of the tenants in the apartment complex. Taherzadeh further stated that Ali was the individual that funded most of their day-to-day operation but Taherzadeh did not know the source of the funds,” the new filing says.

The scandal is likely to reverberate in Washington as additional details emerge. Years of aggressive oversight by Congress followed the 2012 scandal involving Secret Service agents who cavorted with prostitutes during a trip to Colombia by then-President Barack Obama.

Authorities say that Taherzadeh and Ali “compromised United States Secret Service (USSS) personnel involved in protective details and with access to the White House complex by washing gifts upon them, including rent-free living.”

One member of the Secret Service was allowed by the men to live rent-free in a penthouse with a market cost of more than $40,000 from February 2021 to January 2022 — while another federal law enforcement officer’s rent in the building also was covered, authorities say .

A court filing made public Wednesday said Taherzadeh “provided members of the United States Secret Service (USSS) and an employee of DHS with, among other things, rent-free apartments … iPhones, surveillance systems, a drone, a flat-screen television, a case for storing an assault rifle, a generator, and law enforcement paraphernalia.”

The alleged conspirators also “offered these individuals use of what Taherzadeh represented to be ‘official government vehicles’” and allegedly “offered to purchase a $2,000 assault rifle for a United Secret Service Agent assigned to the First Lady’s protective detail.”

The stunning plot was detected by chance when someone assaulted a mail carrier and building residents told a US postal inspector they should consult with Taherzadeh and Ali. The postal inspector grew suspicious and informed the DHS Inspector General’s Office, which in turn alerted the FBI.