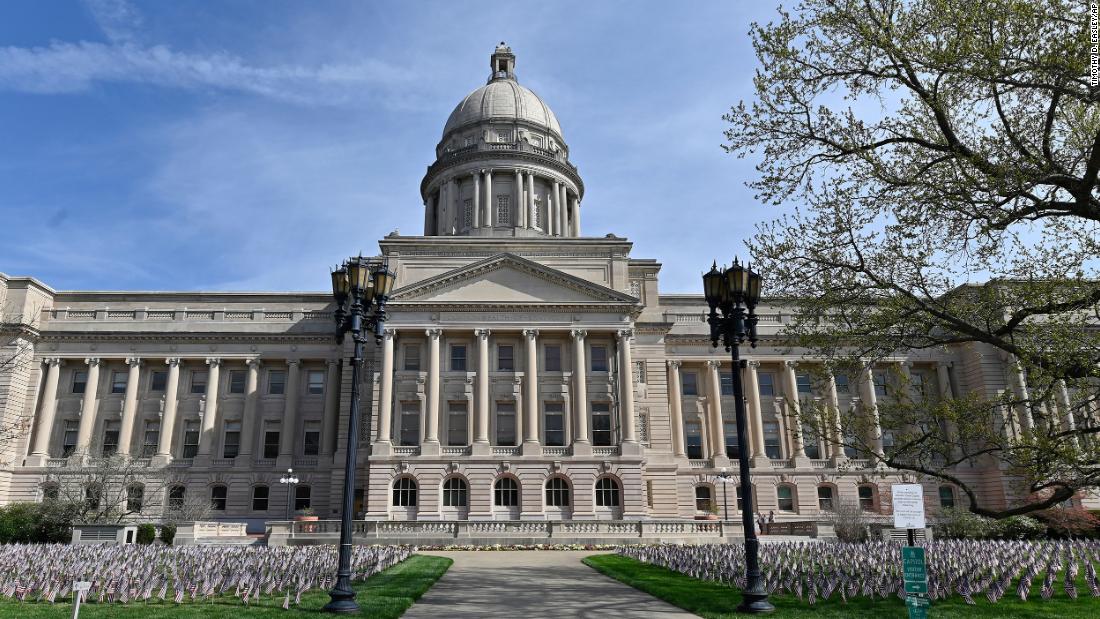 The state’s Republican-controlled House on Tuesday passed House Bill 3 in a 74-19 vote. The GOP-led Senate earlier Tuesday had voted 29 to 0 to pass the legislation and had amended the bill to include a 15-week ban, with Republicans and only one Democrat voting in support of the measure. The 72-page legislation now heads to the desk of Democratic Gov. Andy Beshear, who has not committed to supporting any of the abortion bills working their way through the state legislature. Were he to veto, the legislature would likely override him.

Earlier this month, Beshear told reporters of the bills: “We’ll review each of them.” In response to a question about abortion bills that were pending in mid-March, the governor also said that he believes “health care decisions should be between a patient and their doctor.”
HB3 requires that the drugs used in a medication abortion be provided only by a qualified physician, which is someone who is licensed to practice medicine and is in good standing in Kentucky. A number of requirements must be met before dispensing drugs, including an in-person examination and informing patients about the risks of using medication abortion drugs. The drugs also cannot be sent via mail.
A medication abortion, also called a medical abortion, is a nonsurgical procedure effective until about 10 weeks into a pregnancy. It involves taking the two drugs mifepristone and misoprostol one or two days apart. Women are typically given both drugs in the same visit to their doctors or at clinics.

“It shall be unlawful for any manufacturer and distributor, physician, qualified physician, or any other person to provide any abortion-inducing drug … to a pregnant person via courier, delivery, or mail service,” the bill states, according to an unfinalized copy of the bill text on the legislature’s website.

Under the bill, the abortion drugs can’t be given to a patient without obtaining their “informed consent” at least 24 hours prior, which includes signing a document “created by the cabinet.”

The measure requires that a follow-up visit be scheduled for the patient one to two weeks after administering the drugs.

The provision requires that a consent form include information such as a “detailed list” of the risks and that it “may be possible to reverse the effects of the abortion-inducing drug if desired but that this should be done as soon as possible” – – a claim that the American College of Obstetricians and Gynecologists says is “not based on science” and does “not meet clinical standards.” The bill would also require that the state government agency for health and family services publish the claim about reversing the effects of the abortion medication on its website.

HB3 would mandate that the Kentucky Board of Pharmacy set up certification program to “oversee and regulate the distribution and dispensing” of drugs for medical abortions, as well as create a “complaint portal” on its website for people to anonymously submit potential violations of the program.

Current Kentucky law requires that abortions be reported to the state public health department’s Office of Vital Statistics, which preserves certified marriage, death, birth and stillbirth records. Under the new provision, the physician’s full name and address and the pregnant patient’s age, race, and ethnicity would be required in reports. They should not contain the pregnant patient’s name or other identifying information, according to the bill.

Proponents of the bill, including the Susan B. Anthony List and Kentucky Right to Life, argued during a March 1 House committee hearing that the legislation would protect women from complications by undergoing the screening.

Those opposed to the legislation, including Planned Parenthood and the ACLU of Kentucky, argued that the bill would only make it more difficult to obtain a medication abortion. They also warned that the bill could expose Kentucky patients’ personal information, lead to further harassment of abortion providers, and waste scant resources and burden the state in investigating the complaints.

Current statutes do not allow for such abortions unless an attending physician or “his agent” obtains “informed written consent” of the minor and a parent or legal guardian, the minor is emancipated, or a court grants a minor’s petition for an abortion.

The bill amends the law so that only an attending physician, and not an agent, can obtain written consent and requires that the consenting parent or legal guardian “has made a reasonable attempt to notify” any other parent with joint or physical custody at least 48 hours before providing consent. Notice won’t be required to be provided to a parent restrained by a domestic violence order or convicted of a violent or sexual crime against a minor.

Emancipated minors and those granted a court order will still be able to undergo an abortion, but under the new bill the court will have to find “clear and convincing evidence” that the minor is “sufficiently mature” to decide to have an abortion. The court will also be have to consider evidence about the minor’s credibility as a witness.

A minor and parent would both have to provide a state government ID as part of the consent process, according to the bill.

In cases of medical emergency, a physician would also need to “make reasonable attempts, whenever possible, and without endangering the minor” to contact the parent or legal guardian and inform them within 24 hours of the abortion.

The bill also says any person who “intentionally or backward performs an abortion” involving a minor without obtaining the required consent under the bill would be guilty of a Class D felony, which is punishable by imprisonment between one and five years.