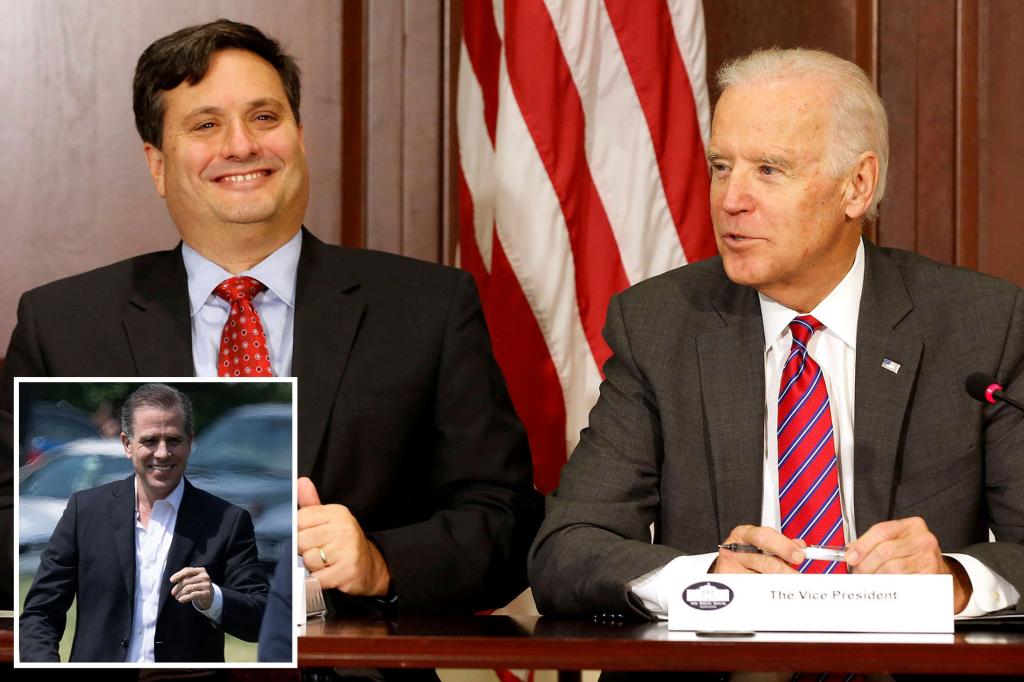 White House chief of staff Ron Klain approached Hunter Biden in September 2012 for help raising $20,000 for a foundation that looks after the vice president’s residence, but told the now-first son to “keep it low key” to prevent “bad PR,” according to a report on Tuesday.

In an email to Hunter Biden, Klain said he needed to “tackle a piece of unpleasant business,” Fox News reported.

“The tax lawyers for the VP Residence Foundation have concluded that since the Cheney folks last raised money in 2007 and not 2008, we actually have to have some incoming funds before the end of this fiscal year (ie, before 9/30/12 – next week) to remain eligible to be a ‘public charity,’” wrote Klain, referring to former Vice President Dick Cheney.​

Klain at the time was chairman of the nonprofit Vice President’s Residence Foundation after leaving then-Vice President Joe Biden’s office the year before.

“We need to keep this low low key, because raising money for the Residence now is bad PR — but it has to be done, so I’m trying to just collect the 10 checks of $2,000, get it done in a week, and then, we can do an event for the Residence Foundation after the election​,” he concluded.

Hunter Biden, according to the report, forwarded Klain’s email to Eric Schwerin, a longtime business partner who was managing his finances.

Schwerin responded by saying they could “discuss this and some other bills on Monday,” and asked Hunter whether he thought “they would take a corporate check from Owasco,” ​an apparent reference to Hunter Biden’s law firm, Owasco PC.

Three days after the Klain email, Schwerin emailed the younger Biden to say he had talked to Klain, who was checking to see if the foundation would take a check from Owasco, the report said.

It remains unclear whether Owasco contributed to the foundation, but a 990 tax form from fiscal year 2012 shows that the foundation received $20,500 in contributions, just over Klain’s ask.

The president’s son has come under renewed scrutiny 18 months after The Post’s blockbuster series of reports about his business dealings in Ukraine and China, which were based on emails and documents found on a laptop Hunter Biden left behind at a computer repair shop in Delaware in April 2019.

After initially questioning the authenticity of the laptop, the New York Times and the Washington Post in recent weeks have confirmed the information it contained.

The Post reported Tuesday that a federal grand jury in Wilmington, Del., questioned a witness about the identity of the “big guy” referenced in correspondence between a business partner of Hunter Biden and a Chinese energy conglomerate about how shares would be divvied up for a possible joint venture.

​The White House, Schwerin and Hunter Biden’s attorney did not respond to Fox News Digital’s requests for comment.