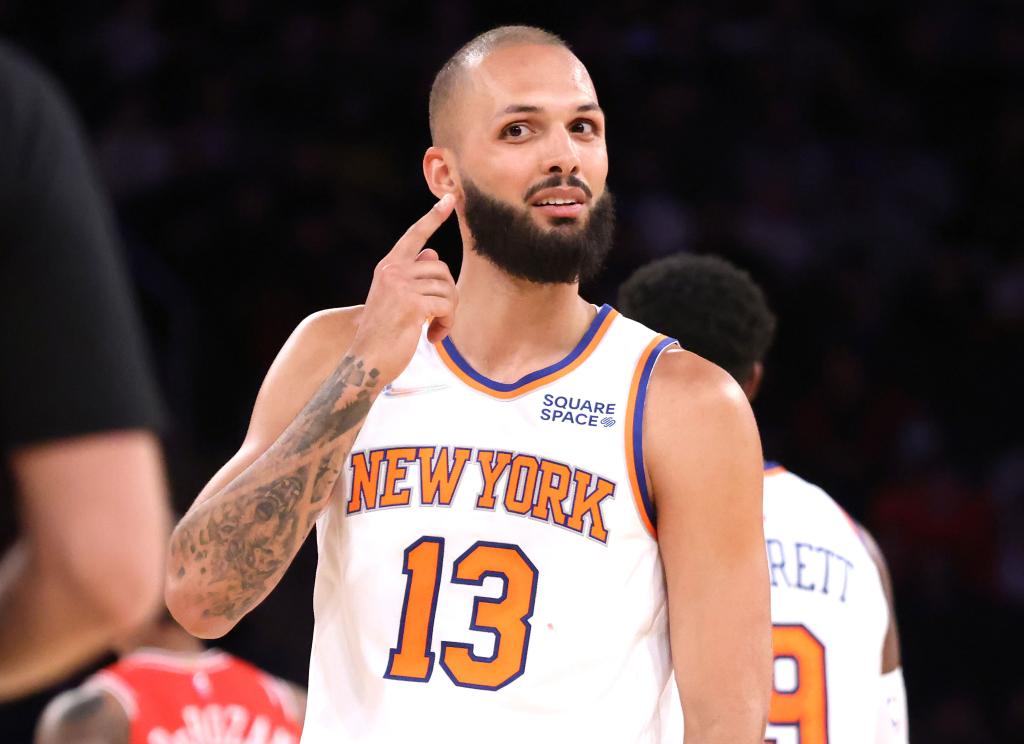 Evan Fournier skipped the Knicks’ morning shootaround Wednesday for personal reasons, and he originally was not expected to play against the Hornets to take care of a family-related matter.

But the veteran guard decided to play and ended up pouring in a team-high 30 points in the Knicks’ 125-114 loss at the Garden.

“When you have something that happens to you and your family and the situation gets under control, more or less, it kind of resets everything,” Fournier said. “You’re safe, I’m safe. So it’s like, ‘OK let’s just do what I love now without thinking of anything else but enjoying the moment and being present.’

“To be honest, [Tuesday] night I thought I wasn’t going to play. After the situation got a little better, I’m in the NBA, I’m in New York City, I play at Madison Square Garden every night. As a kid, it was my dream. So I’m not going to let that affect my love for the game.”

Fournier, who broke John Starks’ team record for 3-pointers in a season last week, nailed six more against Charlotte to boost his season total to 230.

“Says a lot,” Tom Thibodeau said. “His shot-making was huge for us. Thirty point ballgame. Unfortunately, we don’t have a win to show for it.”

Quentin Grimes missed his third straight game with a sore knee, lending further credence to the possibility that the Knicks rookie came back too soon from the dislocated kneecap that sidelined him for more than a month. Grimes returned to the lineup on March 18 and appeared in five games before sitting out after the team’s win in Miami on March 25.

“You just want to be sure he’s completely healthy. That’s the big thing,” Thibodeau said. “So when he’s ready to go, he’ll go.”