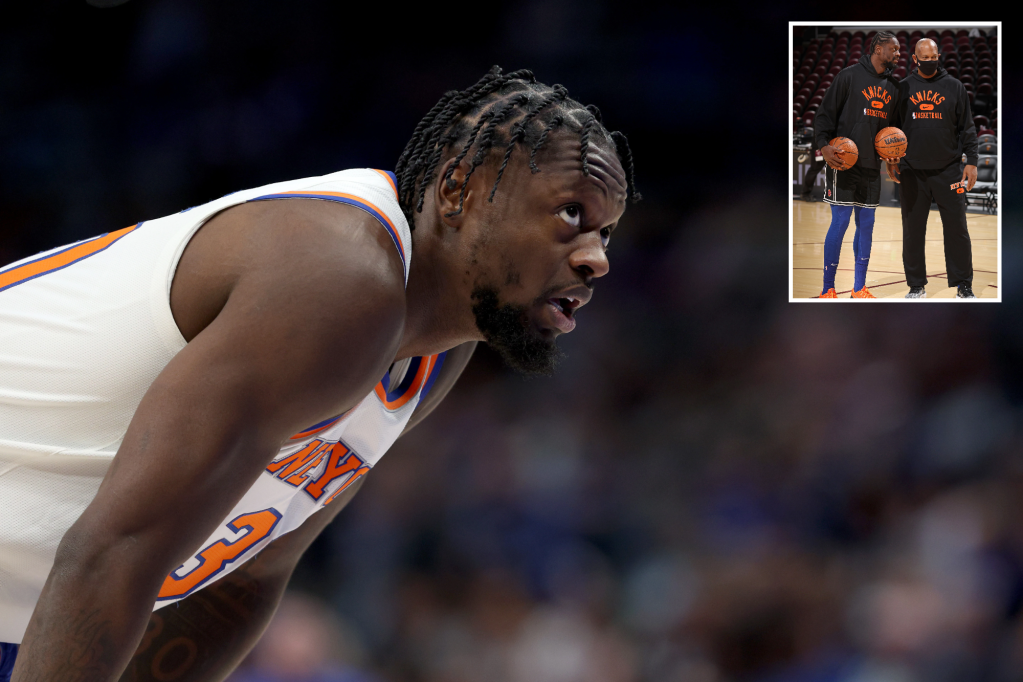 Payne left out Julius Randle, the former Kentucky stud whom Payne recruited out of Dallas to be part of the Wildcats’ No. 1-ranked class in 2013.

“Selfishly, it made me sick,” Randle said Friday night after the Knicks topped the Wizards, 100-97, at the Garden. “I cried twice, to be honest with you. It made me sick, because I didn’t want him to leave but at the same time I wanted him to go. I never told him that. But he had to.

“What he did for us in general, the Knicks, is incredible — from player development to managing personalities. Personally, it goes a lot deeper, man. You talk about a young kid from Dallas. Me and my mother. I’m a 17-year-old kid. He came in my house. But my mom sending me away, her only boy? He came to my house and told my mom, ‘I got you. You got nothing to worry about.’ He took me in like I was his own kid and really looked after me.”

When coach Tom Thibodeau reminisced about Payne’s nearly two-season stint as Knicks assistant, it was his work with Randle at the forefront.

When Payne came aboard for the 2020-21 season, the 6-foot-8 power forward earned the Most Improved Player Award, became a first-time All-Star and was named Second Team All-NBA. Randle regressed this season, but still is averaging a 20.4 points and 9.9 rebounds.

Wesley, who has strong ties to the Kentucky program, hired Payne even though Thibodeau didn’t know him.

“The relationship, probably with Julius,” Thibodeau said of Payne’s contribution. “The main thing was the player development end with Julius, the energy, the love for the game.”

With Payne gone, assistant coach Darren Erman, who first worked with Thibodeau when they were both assistants in Boston in 2008, will move to the front row of the bench. It had been a point of contention last season, according to a source, when Thibodeau’s guys Andy Greer and Erman sat in the second row while Mike Woodson, Johnnie Bryant and Payne were in front.

“We have a lot of young coaches who are really talented and they’ll step in and they’re ready for more,” Thibodeau said.

“I want to start by thanking [Dolan] for allowing him to go,” Thibodeau said. “We’re thrilled for him.”

Thibodeau started his pregame press conference by giving condolences to the family of Cavaliers scout Tom Barrise, who passed away Friday of cancer. Barrise was Thibodeau’s advance scout in Chicago and a longtime Nets scout who served briefly there as interim coach in 2009.

Based in New Jersey, Barrise scouted several Knicks games at the Garden this season for the Cavaliers.