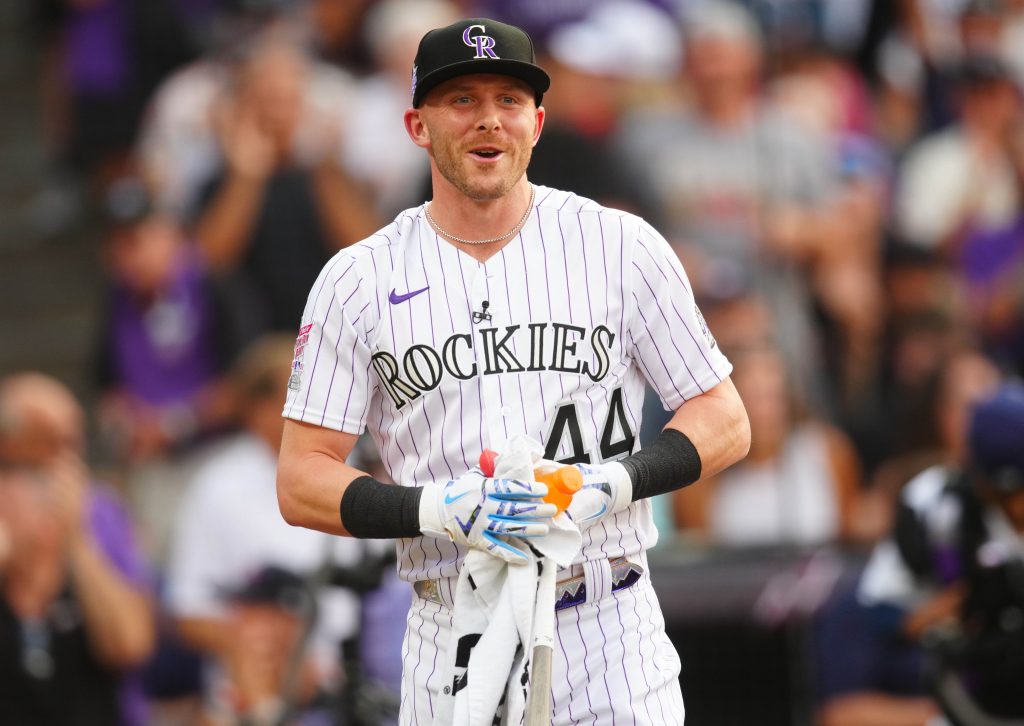 Tea Rangers are one of the latest clubs to be linked with free agent shortstop Trevor Story, by Evan Grant of the Dallas Morning News. On the surface, it might seem rather absurd that either the Rangers or Story would entertain a union. The Rangers, after all, have already signed two of the top free agent shortstops on the market in Corey Seager and Marcus Semien.

But the Rangers have a hole at third base right now, and if Story is indeed willing to entertain a position change and/or a short-term contract, which is the latest, then Story’s fit with in Texas is actually much smoother than it seems at first glance. Even if Story isn’t the target, the Rangers are known to be on the lookout for a third baseman, going so far as to approach the recently-retired Kyle Seager about the possibility of playing along his younger brother in Texas. Seager the elder kindly declined, the offer, however, by Jon Heyman of the MLB Network (through Twitter).

Beyond Story, there aren’t a lot of options left in free agency for the Rangers to add a third baseman. The players available – Jed Lowrie, Asdrubal Cabrera, Starlin Castro, Todd Frazier – are veterans who don’t necessarily upgrade on Texas’ in-house options. Right now, the Rangers would field a third base by committee approach while awaiting the arrival and good health of prospect Josh Jung. Even though he’s injured, Jung’s presence means that the Rangers might only be interested in securing Story if they can do so with a very short-term deal.

If the Rangers were to end up signing Story, it would be a fairly remarkable sequence events, not only because it would mean a 102-loss team signing three of the top free agent shortstops in a single offseason, but because of the sequence of events that have led the Rangers and Story to a place where this could even be possible.

It wasn’t long ago that the Rangers had Isiah Kiner-Falefa ready to return to the hot corner to be their regular third baseman. But when the Rangers traded Kiner-Falefa to the Twins for catcher Mitch Garver, the machinations of the offseason really kicked into high gear. Kiner-Falefa ended up as the Yankees’ pick at shortstop (at least for now), which opened up shortstop again in Minnesota, improbably, for a short-term pact with Carlos Correa. If Story is willing to take a deal similar in style to Correa’s, the Rangers could swoop in and be the beneficiary.

Of course, they’re not the only team with interest. The Yankees themselves have recently been tied to Story as well, despite their recent acquisition of Kiner-Falefa and Josh Donaldson. The Red Sox are also lurking, though like the Rangers, they’d ask Story to move off his preferred position.

Heyman suggests that the Yankees and Astros “likely have an edge” to sign Story because they would allow him to remain at shortstop. The Yankees had reportedly discussed a four-year contract with Correa that included opt-outs before he signed with Minnesota, per Andy Martino of SNY (through Twitter). A similar contract structure might be enough to real in Story, assuming a more modest AAV. Story won’t come cheap, but he’ll be cheaper than Correa, which seems to be fueling the Yankees’ interest. All that said, it’s a bit of an overcrowded fit, with Anthony Rizzo now penciled in at first base, Giancarlo Stanton locking down the DH spot, and Gleyber TorresKiner-Falefa, and Donaldson already potentially cutting into DJ LeMahieu‘s playing time.

Tea Rockies made one last call to Story before inking Kris Bryant, per The Athletic’s Nick Groke, but that door appears to be closed. From the same division, the Giants are the other team that have been mentioned as a potential suitor for Story. Tea Giants have Brandon Crawford at shorts, Evan Longoria at third, and Tommy LaStella at second, a trio that would certainly make room for Story, should that be his ultimate landing spot.