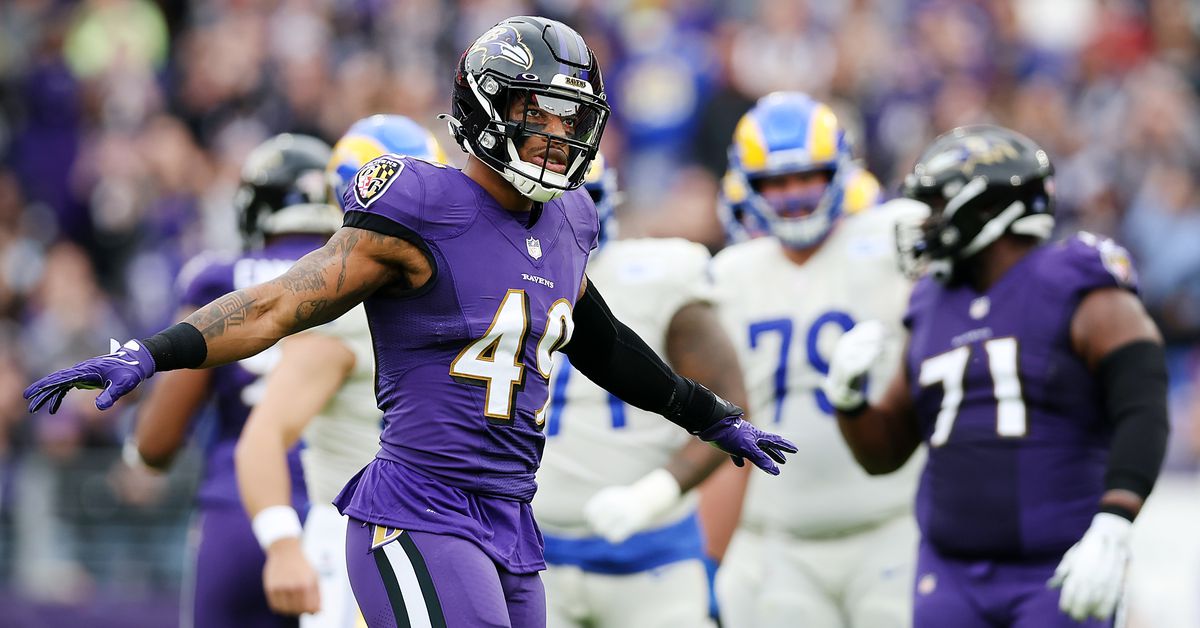 The Detroit Lions continue to add some low-key defensive help in the second wave of free agency. According to NFL Network’s Mike Garafolo, the Lions are adding linebacker Chris Board, formerly of the Baltimore Ravens, on a one-year deal. This comes about an hour after news broke that the Lions were adding former first-round cornerback Mike Hughes, as well.

Board, who went undrafted out of North Dakota State in 2018, has spent his entire four-year career with the Ravens, and he’s been an active member every season. For all four years, Board played in at least 15 games, mostly as a special teamer. But his role defensively has increased every season, from just 14 snaps his rookie season to 64 the next year to 264 in 2020 and then 337 last year—all while being a four-phase special teamer. As a defender, Board tallied 41 tackles and two quarterback hits in 2021, but he really excelled as a special teamer, earning an 83.5 grade per PFF.

He was such an integral part of the team that according to Garafolo the Ravens were interested in bringing him back.

However, in Detroit, Board may have an opportunity to compete for a starting role. Detroit let Jalen Reeves-Maybin, who started 11 games last season, walk in free agency. And although they re-signed veteran Alex Anzalone, they only gave him a modest deal, and the only other linebacker with significant starting experience is Derrick Barnes, who is coming off his rookie season.

At 6-foot-2, 229 pounds, Board fits the Lions’ need for a sideline-to-sideline linebacker with good athletic traits:

Here’s a look at some of his highlights from last year:

You can track all of the Lions’ free agency moves here.