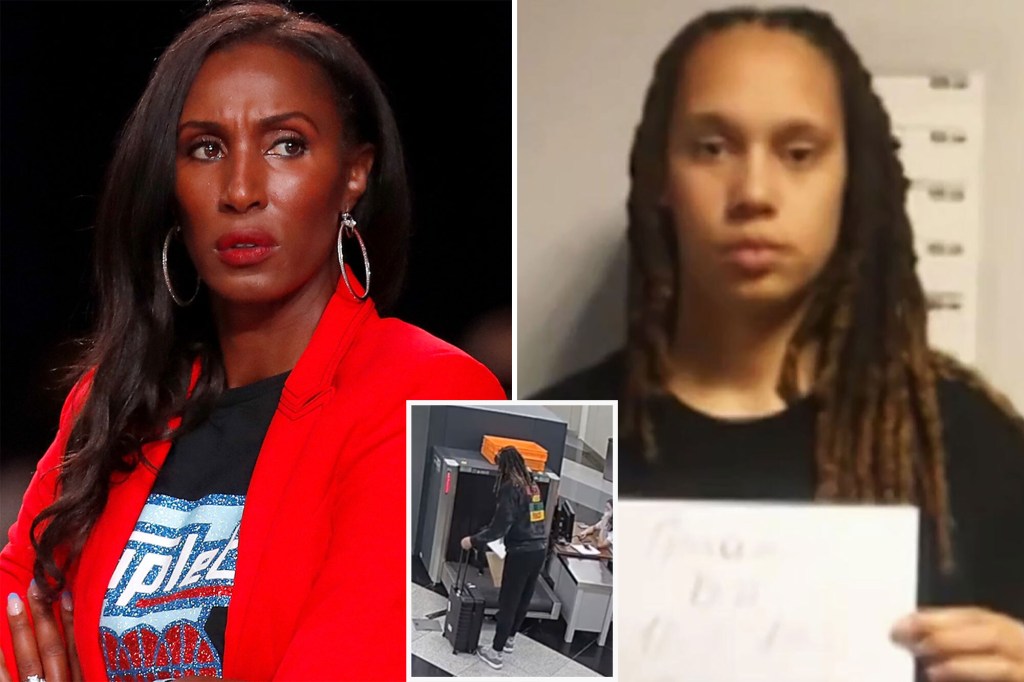 The women’s basketball world has been instructed to not make a “big fuss” over Brittney Griner’s detainment in Russia.

That’s according to WNBA legend Lisa Leslie, who spoke about the predicament on the “I am Athlete” podcast this week.

“What we were told, and again, this is all sort of passed along through hearsay, but what we were told was to not make a big fuss about it so that they could not use her as a pawn, so to speak, in this situation in the war,” Leslie said.

“So, to make it like it’s not that important, or don’t make it like ‘Free Brittney’ and we start this campaign, and then it becomes they could use. That’s what we were ‘told’ and I don’t want to say who said that, but it’s what’s been spreading throughout the women’s basketball world.

Russian authorities detained Griner in February after cannabis vape cartridges were allegedly found in her luggage at the airport. Griner has played professionally for years during the WNBA offseason.

“Do we know if that’s the right thing to do or not?” Leslie asked. “It’s heartbreaking for all of us. That’s the feelings of it. You want to do more, and think, should we all use our social media platform and get behind it or not? Nobody really [knows]. This is the first time we’re in this situation, and we don’t know what to do.

“I talk with [South Carolina coach and six-time WNBA all-star] Dawn Staley, and people that I’m close with. We talk about it daily. We’re just like ‘Dang what’s she doing now? Do you think they cut off her hair? Does she have a bed long enough to fit in?’ We’ve had full on conversations about it, and I’m like her parents got to be sick. What’s the right thing to do about it?”

Griner, 31, won the 2014 WNBA championship with the Phoenix Mercury and is a seven-time all-star in the league.

Earlier this week, CNN reported that the US embassy was able to get in contact with her, and that she is in “good condition.”

“We were able to check on her condition, we will continue to work very closely with her legal team, with her broader network, to see to it that she is treated fairly,” US State Department spokesman Ned Price told CNN.