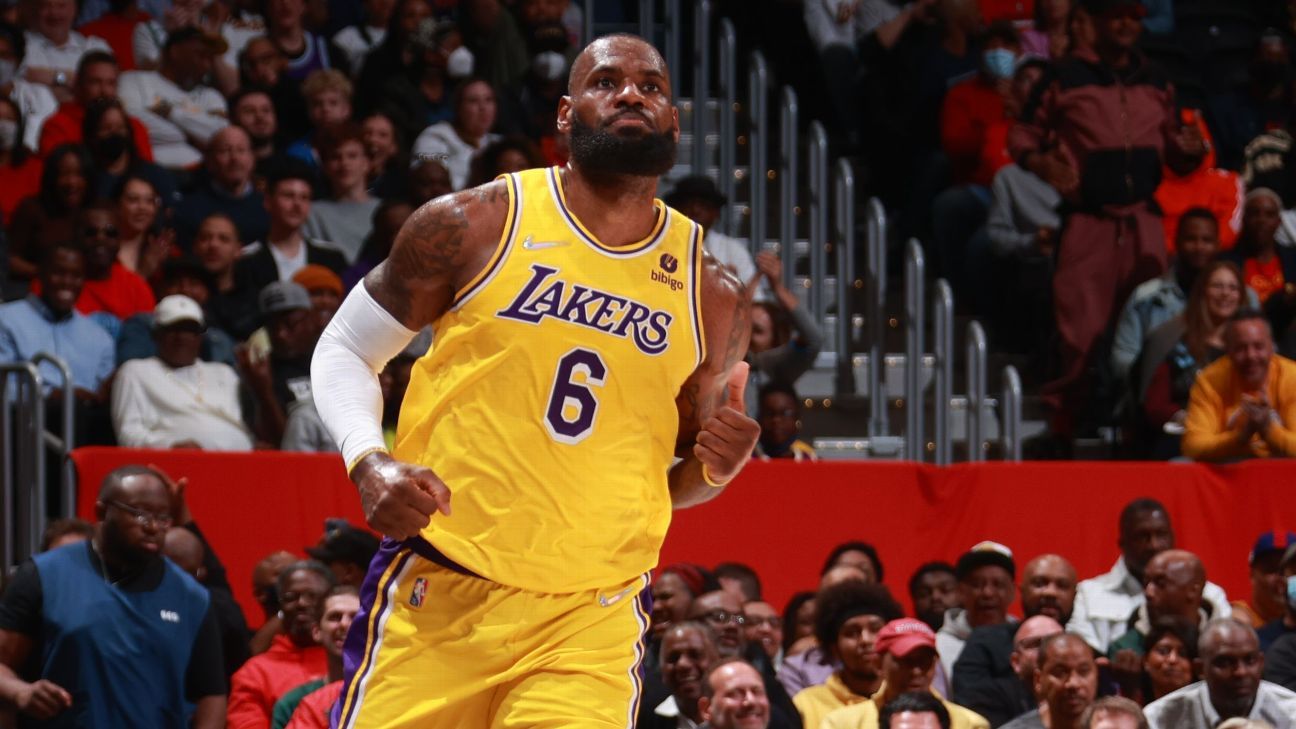 EL SEGUNDO, Calif. — If it were up to Los Angeles Lakers coach Frank Vogel, LeBron James would be adding a fifth MVP award to his career accomplishments after this season.

“He is as serving for MVP consideration as anyone in the league,” Vogel said after practice Friday. “I know how the voting goes — the team with the best record or top couple of records usually gets most of those considerations, so the win-loss record definitely would probably hurt him.

“But you can’t tell me that anybody has played a better season than LeBron James has this year.”

James leads the league in scoring, averaging 30 points per game on 52.3% shooting along with 8.2 rebounds and 6.3 assists.

The Lakers, however, are 10th in the Western Conference at 31-42 with nine games remaining. They have a 6-13 record in the games James has missed because of injury.

Despite Vogel’s endorsement, James is considered a longshot to make many voters’ top five candidates on their ballot, let alone win the award, with players such as Joel Embiid of the Philadelphia 76ers, Nikola Jokic of the Denver Nuggets and Giannis Antetokounmpo of the Milwaukee Bucks seen as the consensus favorites.

James missed Wednesday’s game against the Philadelphia 76ers because of soreness in his left knee. James did not participate Friday, but Vogel said LA is “hopeful” he returns to the lineup Sunday for a pivotal road matchup with the New Orleans Pelicans.

New Orleans is currently No. 9 in the West and would host the Lakers in a play-in tournament game if the season ended today.

“The bigger motivator for us down the stretch for us for the final nine games is, how are we playing?” Vogel said when asked about the potential play-in preview against the Pelicans. “Are we playing winning basketball? And are we improving our habits well enough to win? Whether it’s the play-in game, or if we’re able to get through the play-in games, to win in the first round. The habits are the biggest motivator, and there’s been some really encouraging signs with how we’ve played.”

Vogel said Lakers guard Talen Horton-Tucker (ankle) practiced on Friday, and the Lakers are hopeful they’ll have him against New Orleans.