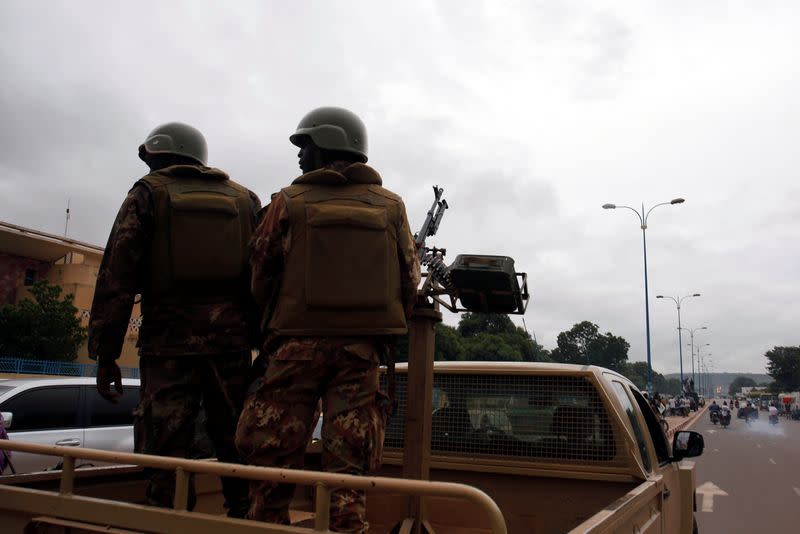 The killings took place between March 27 and 31 in Moura, a rural town of around 10,000 inhabitants in the Mopti region, a hotspot of jihadist activity that has intensified and spread to neighboring countries in the Sahel region.

The reported executions sparked condemnation from the United States, the European Union, France and Germany, who have all called on the Malian government to allow for an independent investigation.

The West African country’s army on Saturday said it had killed more than 200 Islamist militants in the operation in Moura after it received information about a meeting between rebel groups. It added that it would investigate any allegations of rights abuse.

A Mali military spokesman did not immediately respond to requests for comment on the report by New York-based HRW.

Nineteen witnesses told the rights group that Malian and Russian-speaking soldiers arrived by helicopter and exchanged two rounds of gunfire with Islamist fighters, during which rebels, soldiers and a few civilians were killed.

The troops then deployed through the town, summarily executed several men then gathered hundreds of unarmed others from their homes and took them to the bank of a nearby river, the witnesses told HRW.

Many were traders from surrounding villages who came to attend the town’s weekly livestock market. Some were infiltrated activists, the witnesses told HRW.

The men were held for five days under the sun and arbitrarily selected for execution by gunfire during the night. Bodies were piled into three mass graves, HRW said.

The operation allegedly involved over 100 Russian-speaking men, according to multiple security sources who spoke to HRW.

One trader said he was drinking tea with his two brothers while waiting for the market to start when he heard shooting.

“Seven Russians approached, gesturing for us to get up. There were no Malian soldiers with them. They searched us and the house, then took us east of the village, near the river, where we found another 100 men,” he told HRW .

“Another group of Russians pointed at my brothers and another man. I thought they were going for interrogation. They took them several meters away and executed them, point blank,” he said.

Reuters was unable to independently confirm the witnesses’ accounts.

Mali’s transitional government, which took power in a 2020 military coup, is battling the insurgency with the help of private military contractors belonging to Russia’s Wagner Group.

Both Mali and Russia have previously said they are not mercenaries but trainers helping local troops with equipment bought from Russia.