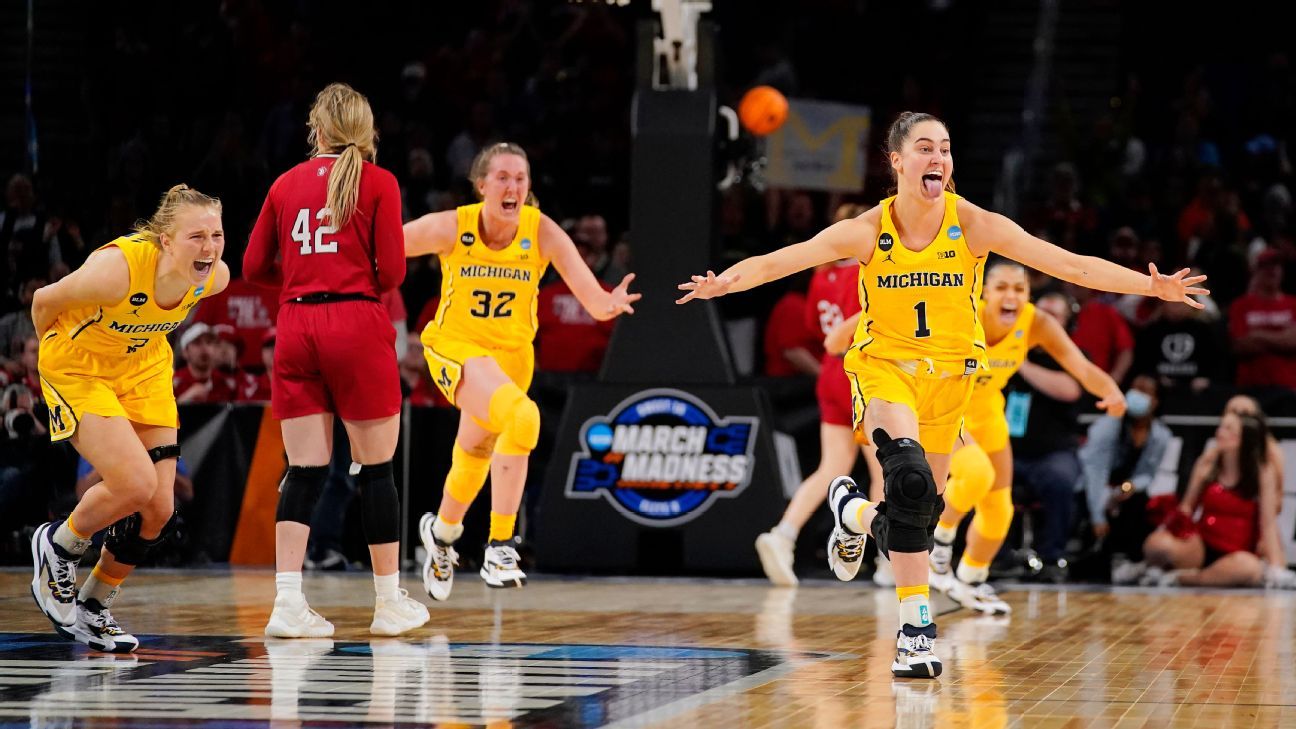 Michigan was upset 76-73 in its Big Ten tournament quarterfinal by Nebraska on March 4. That followed the gut punch of missing out on a chance at the league regular-season title.

Michigan and Maryland finished 13-4 in the Big Ten, as both had a game against last-place Illinois that got postponed and wasn’t made up. Meanwhile Ohio State and Iowa got in all their league games and finished 14-4, giving them a higher winning percentage as they shared the title. But Michigan had the best head-to-head record against the other three.

“We don’t have any Big Ten championship banners hanging in Chrysler Arena and this year we had an unbelievable opportunity to hang one,” Barnes Arico said Saturday. “And because of a snowstorm and a cancelation, we had one less game. That’s crushing, and that can be devastating and that can change the outcome of the year, for sure.

“We lost two games in February back-to-back on the road where [starter] Leigha Brown didn’t play. That’s crushing, that’s challenging. We win one of them, we win a Big Ten championship.

“So there were a lot of things that happened during the course of the year that we could have crumbled and said, ‘Well, woe is me and why did this happen to us?'”

Instead, the No. 3 seed Wolverines have defeated No. 14 seed American, No. 11 Villanova and No. 10 South Dakota to earn a spot in Monday’s regional final against No. 1 Louisville (9 pm ET, ESPN). Michigan is the last Big Ten team standing in the women’s or men’s NCAA tournaments.

South Dakota knocked out No. 2 seed Baylor in the second round, but the way that the Coyotes played Saturday, it wasn’t any easier a matchup for Michigan. Especially with the Wolverines feeling like a “road” team as so many South Dakota fans made the 400-mile drive to Wichita to give the Coyotes what seemed like a homecourt advantage.

For Barnes Arico, who took over at Michigan in 2012, the fact that her bounce teamed back from its pre-NCAA tournament disappointments made Saturday’s victory even more special.

“It’s really, really hard because I think in 20 years, I’m going to look up and that Big Ten banner is not going to be there,” Barnes Arico said. “And this team deserved it more than anyone I’ve been a part of, and that’s never going to go away.

“But the moment that we had today is never going to go away. We’re still playing. There are eight darn teams left in the country playing and we are one of them.”