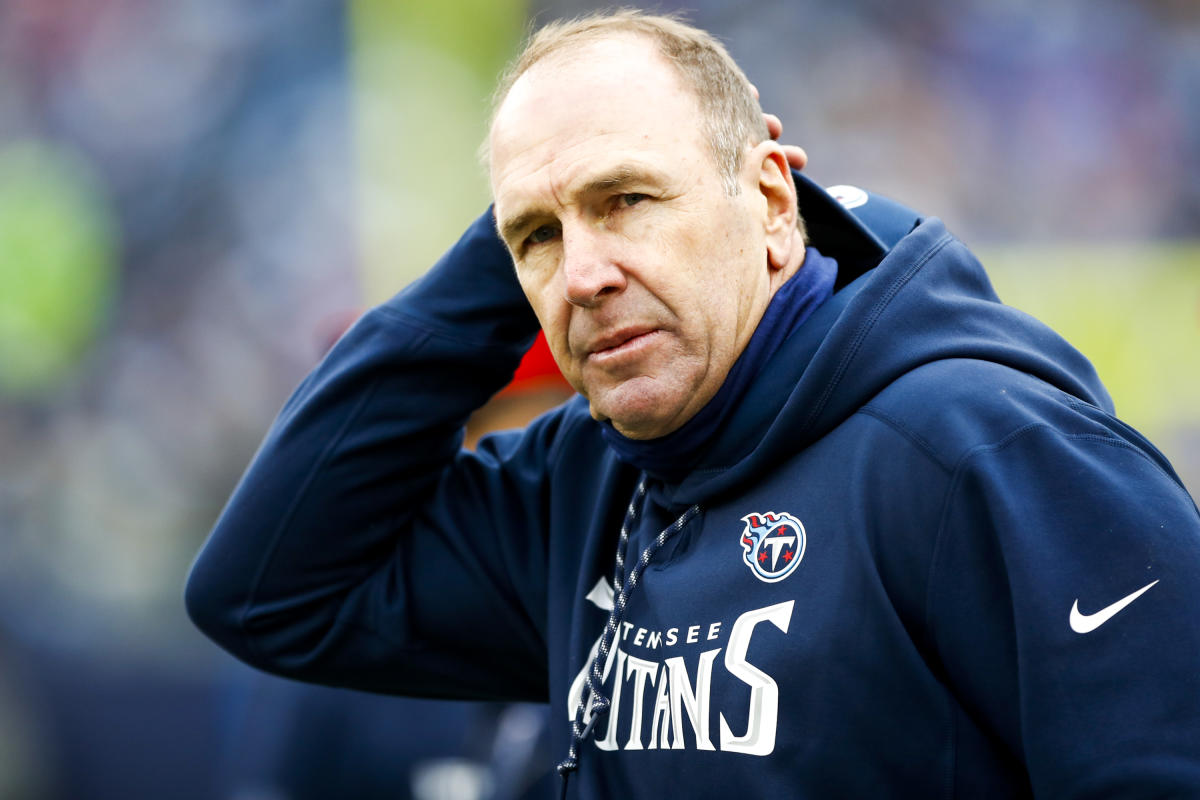 The most damning testimonial about the distorted adherence to the NFL’s Rooney Rule went unnoticed for nearly 18 months.

Lost in the abyss of COVID-related football coverage — nestled in the middle of a “Steelers Realm” podcast in October of 2020 — former NFL head coach Mike Mularkey took a familiar allegation about the Rooney Rule and told a story about it from a completely unfamiliar vantage. He provided the viewpoint of the guy who actually got the top job in 2016, and the regret that ensued because he believed the process was a lie.

That’s what Mularkey tried to tell everyone in 2020. That the spirit of the Rooney Rule was abused. That he had first-hand knowledge of it. And that it was a top-down problem of complicity, starting with Tennessee Titans ownership and extending to general manager Jon Robinson.

Somehow, we missed this bomb. Now the Brian Flores lawsuit against the NFL — alleging racial discrimination in hiring practices — has rediscovered it. It’s a damning turn for the NFL, who now has to contend with a former head coach who landed his top job in 2016, then framed it as a “fake hiring process” that considered minority coaching candidates simply to check a box.

The suggestion of this kind of Rooney Rule distortion isn’t new. But a former head coach like Mularkey expressing contrition for being a silent accomplish to it certainly is. That should have the NFL worried. Not only because Flores isn’t alone anymore in his class-action lawsuit (Steve Wilks and Ray Horton have joined as plaintiffs) but also because the league never could have imagined dealing with this Mularkey revelation. Not once in Rooney Rule history has a head coach said he got a job without the other candidates getting a fair shake. Enter Mularkey in 2020, answering a remarkably broad question in a specific and personal way.

Here’s how the query went:

“Would there be anything during your coaching career that you might have done differently or changed?”

“That’s a good question,” Mularkey said. “I’ll tell you guys this: I’ve always prided myself on doing the right thing in this business and I can’t say that’s true about everybody in this business. It’s a very cutthroat business and a lot of guys will tell you that. But I allowed myself at one point when I was in Tennessee to get caught up in something I regret. I still regret it. But the ownership there, Amy Adams-Strunk and her family, came in and told me I was going to be the head coach in 2016, before they went through the Rooney Rule. And so, I sat there knowing I was the head coach in ’16 as they went through this fake hiring process — knowing a lot of the coaches that they were interviewing, knowing how much they prepared to go through those interviews, knowing that everything they could do and they had no chance of getting that job. Actually, the GM, Jon Robinson, he was in on the interview with me. He had no idea why he was interviewing me — that I had the job already.”

“I regret [it], because I pride myself in my kids first, to do the right thing. I always said that to the players. And here I am, the head guy, not doing it. I’ve regretted that since then. It was the wrong thing to do. I’m sorry I did that. But it was not the way to go about it. I should have interviewed like everybody else and got hired because of the interview, not early on. That’s probably my biggest regret.”

This isn’t the kind of thing a coach typically says on a podcast. It’s the kind of answer offered in a sealed deposition that takes place under oath. That probably tells you a little about how long Mularkey must have been carrying this around.

Making that kind of allegation is no small thing, particularly when you’re basically involving yourself as being a passive participant.

For Flores’ legal camp, that’s the stuff of dreams. Maybe it’s admissible in court or maybe it’s not, but it certainly stands for reason that if Mularkey was willing to state it once as a podcast guest, he’d be willing to do it a second time as a contrite witness in a courtroom. And even if that’s not the case, the public perception of the moment is inescapable. It’s proof of concept that some NFL hires are already locked up before the process even begins. And that the Rooney Rule became a tool used for optics and shielding.

NFL teams had long been suspected of staging “sham” interviews with minority candidates to satisfy the rule, essentially checking off a box that stood in the way of hiring a white head coach. Never had it been aired out in a way that illustrated the theory from each side of that checked box — completing a three-dimensional perspective between minority candidates who suspected they were being used, to white counterparts who might have suspected (or even known) the job was theirs from the start.

Mularkey filled in a long-missing piece of that picture. It’s a fact that resulted in the Titans effectively calling him on Thursday.

“Our 2016 head coach search was a thoughtful and competitive process fully in keeping with NFL guidelines and our own organizational values,” the Titans said in a statement. “We conducted detailed, in-person interviews with four talented individuals, two of whom were diverse candidates. No decision was made, and no decision was communicated, prior to the completion of all interviews. While we are proud of Our Commitment to Diversity, we are dedicated to continued growth as an organization to foster diversity and inclusion in our workplace and community.”

It’s worth noting that Mularkey made his statement to “Steelers Realm” nearly 16 months before Flores’ lawsuit emerged. He rolled out arguably the most massive Rooney Rule grenade to date at a time when it would arguably reflect on only himself. And he did it in a way that made him part of the problem, while answering a question that wasn’t specific to how NFL teams run their hiring processes.

All of which seems pretty weird. People don’t just fall on a sword for no reason, especially in the NFL and most especially when nobody seems to know that you’ve been complicit in something. Mularkey did exactly that. With zero tangible benefit to himself.

That’s a statement unto itself. And it’s one the NFL is going to have to take seriously.