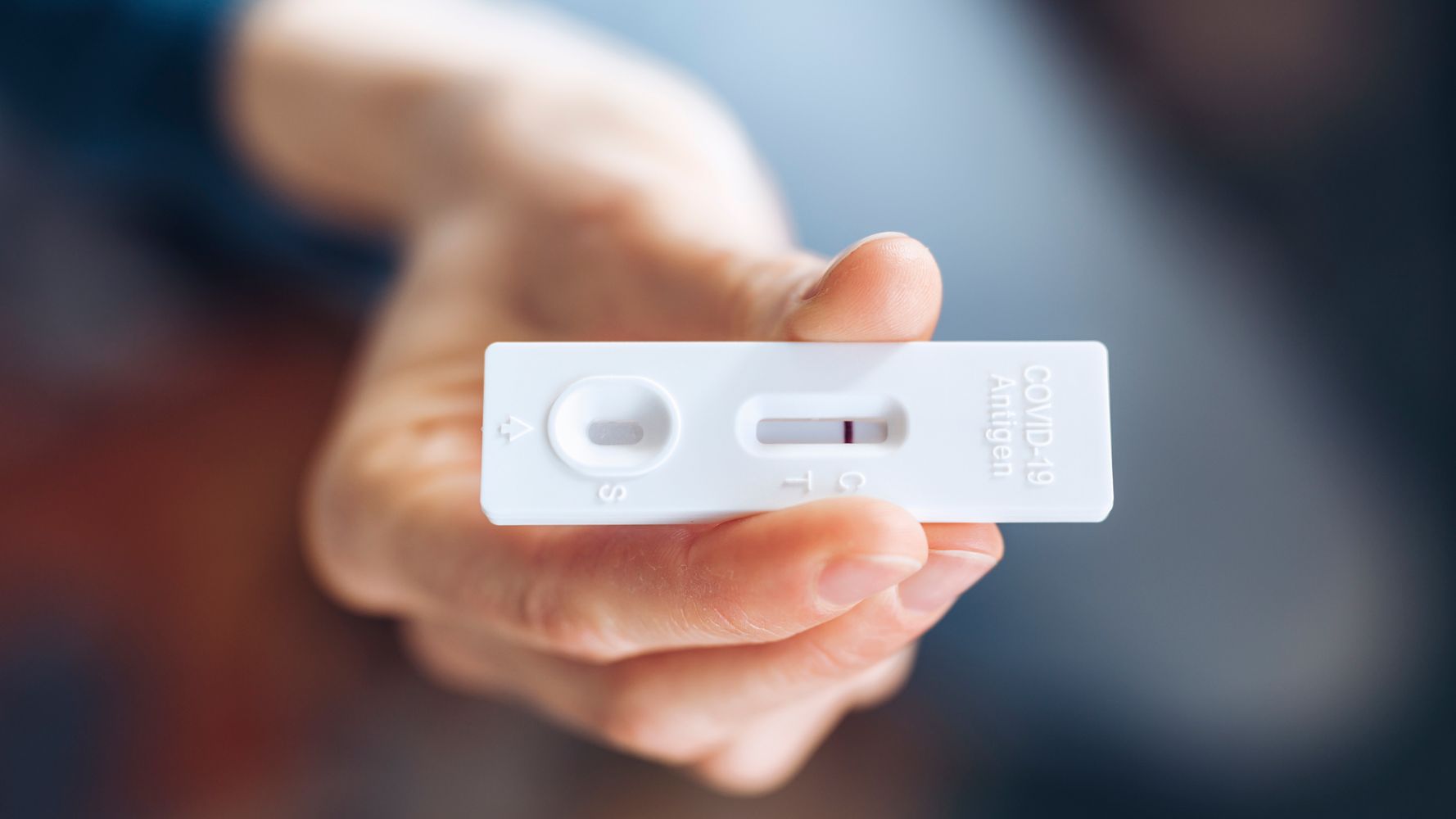 In the age of omicron, where COVID’s attack rate is higher than previous variants, entire households and friend groups are getting sick. If one person gets COVID, there’s a good chance others in their home will also get infected.

What’s odd, though, is occasionally only one or two people in that friend group or family unit will test positive on a rapid test. The rest, though symptomatic, test negative. Are rapid tests missing more infections now than they did with previous variants?

Despite the anecdotal evidence, the latest research suggests the kits work just as well on omicron as they did with delta (meaning they can catch about 80% of cases confirmed by a positive PCR test).

“In general, the rapid tests seem to be performing on par with omicron as well as the other variants,” Wilbur Lama professor of pediatrics and biomedical engineering at Emory University and a researcher who has been evaluating COVID diagnostic tests for the federal government, told HuffPost.

Rapid antigen tests are designed to detect a specific version of a virus. As variants have emerged, scientists have wondered if the new mutations could impact rapid tests’ ability to detect the changing virus — but this hasn’t been the case.

Most evidence suggests that rapid antigen tests work just as well with omicron as they did with previous variants like delta and alpha. HAS study from UMass Chan Medical School found that rapid tests caught 92% of omicron infections and 82% of delta infections that had been confirmed on a positive PCR test.

There’s not as much research on how the tests hold up with omicron’s subvariants, like the now-dominant variant BA.2, but Nathaniel Haferan assistant professor of molecular medicine at UMass Chan Medical School who worked on the UMass study, isn’t too concerned.

“My hunch is that these tests can still detect BA.2,” he said. BA.2 is a subvariant of omicron and variants have been consistently detected by rapid antigen tests all along, largely because the piece of the virus these tests look for hasn’t mutated too much, according to Hafer.

Here’s why the tests may be missing some cases.

Still, rapid at-home tests aren’t foolproof, and there have been enough anecdotes to show they’re missing some percentage of cases. Scientists have a few theories as to why this might be.

First, is the heightened transmissibility of omicron and its subvariants (like BA.2). These variants are spreading so quickly that many people are likely testing themselves too soon, before the virus has had a chance to really multiply in the body.

“There might actually not be a high enough concentration [of virus] in the nose for it to pick up yet,” Lam said.

Another theory: Omicron is more present in the throat than the nose. During the height of the omicron wave, tons of people shared their experiences on Twitter about how they tested positive via a throat swab after their nose swabs yielded negative results. However, Anne Wylliea microbiologist at Yale School of Public Health, said we don’t have accurate estimates on this because the FDA hasn’t authorized rapid antigen tests for oral swabs.

“It is where omicron is first detectable, which is why people continue to test negative for days with nasal swabs, yet [are] exhibiting symptoms,” Wyllie said. Goal studies have specifically looked at this and found that omicron is everywhere — the throat, the nose, our saliva — and oral swabs, though useful, are no better than nasal swabs.

Some scientists suspect that vaccination may decrease the viral load in certain people’s nasal cavities. Essentially, their immune systems may already be fighting the virus and preventing it from replicating itself — rapid tests need a high viral load to produce a positive test, so if there isn’t enough virus present, the test kit won’t detect it. Lam and his research team are actively studying how vaccination status and the timing of vaccination and boosters impact viral load and sensitivity of the tests, but don’t have results yet.

“We think that perhaps a person who’s recently boosted might be prone to having lower sensitivity — but that’s still our hypothesis,” Lam said.

Everyone’s immune systems are a little bit different. Some people’s immune systems might simply fight and block the virus from replicating more successfully than others. Additionally, symptomatic people tend to have higher viral loads, which are more detectable on a rapid antigen test, than asymptomatic people, who typically have lower viral loads.

“People who have higher viral loads in their nose and in their head cavities are definitely going to be more likely to be positive on an antigen test,” Hafer said.

There’s always the lucky people could also have symptoms for different reasons — seasonal allergies and other common respiratory viruses are back and circulating, Hafer added.

Lastly, there’s likely some human error involved. Some may not swab deep enough or enough times, which would impact how much virus a swab collects.

The tests also work best with serial testing, or testing over multiple days. This gives the viral load the opportunity to build up and reach levels that are detectable on a rapid test, Lam said. On average, PCR tests—which are much more sensitive—show positive results about two days before rapid tests.

So while you might get a negative test result on your first day of symptoms, there’s a much better chance your rapid test will turn positive a couple days later once your viral load is higher.

Experts are still learning about COVID-19. The information in this story is what was known or available as of publication, but guidance can change as scientists discover more about the virus. Please check the Centers for Disease Control and Prevention for the most updated recommendations.