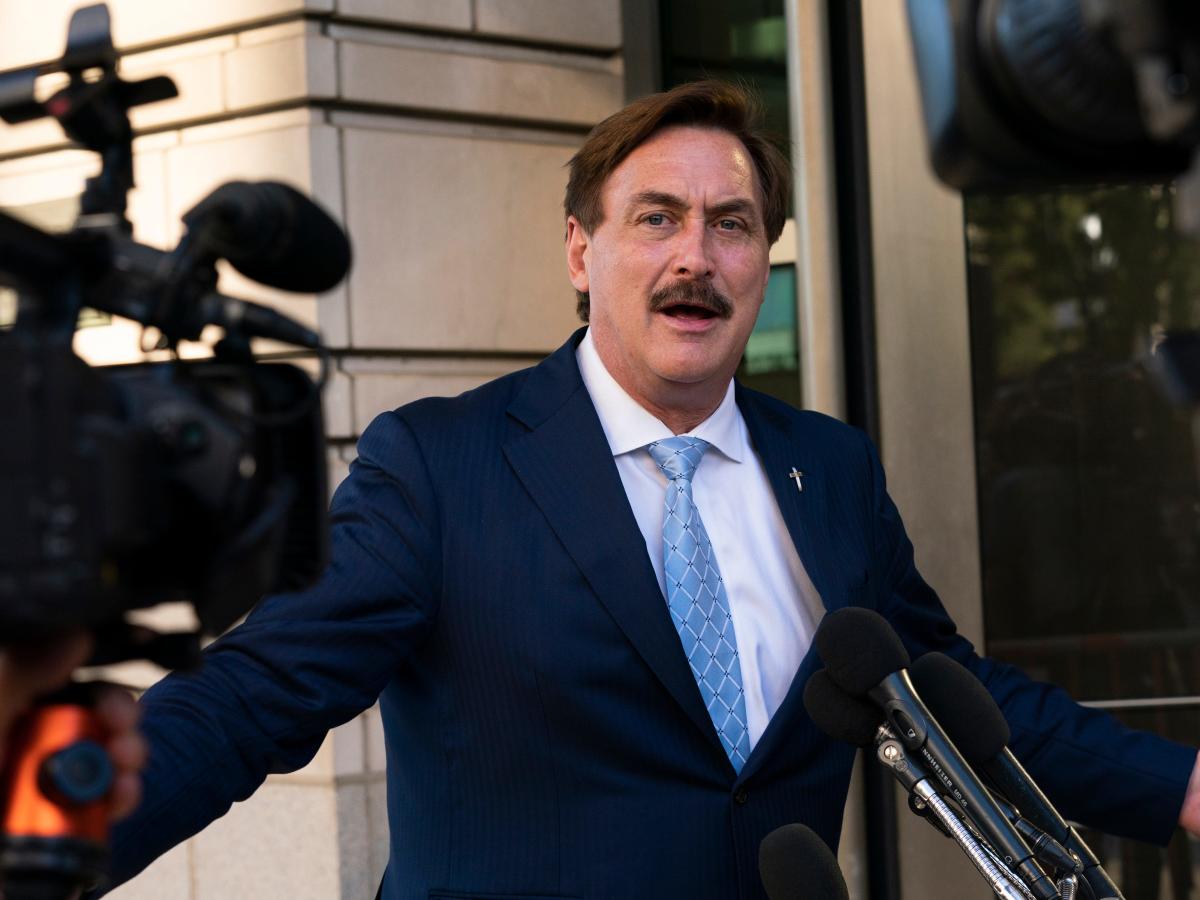 MyPillow CEO Mike Lindell has been served with another lawsuit — this time, from Eric Coomer, a former Dominion Voting Systems employee vilified by right-wing figures who Lindell once accused of being a national traitor.

Lawyers for Coomer, Dominion’s former director of product strategy and security, filed a court complaint against Lindell on April 4 to kick off a defamation case against the pillow CEO and his platform, Frank Speech. Lindell was served with the lawsuit on April 5 at a mini-rally he hosted in Denver, Colorado, on behalf of indicted clerk Tina Peters.

Coomer alleged that his reputation had been “irreparably tarnished” by Lindell and Frank Speech in the complaint. Coomer added that Lindell had posted “numerous false statements, defamatory interviews, and other dishonest content” maligning him on Frank Speech, along with “a sales pitch for products from MyPillow.”

Coomer also said that Lindell made claims about him at the pillow CEO’s cyber-symposium in August in Sioux Falls, South Dakota, where Lindell spent 72 hours pushing debunked vote-fraud claims.

“Despite Defendants’ baseless claims of election fraud being disproven by credible authorities across political parties, they persist in their campaign to profit from the ‘Big Lie’ by destroying the lives of private individuals like Dr. Coomer,” read the court filing. “They have not acknowledged the harm they have caused, nor have they retracted any of their false statements.”

The filing added that Coomer received “frequent credible death threats,” which they attributed to the “unwarranted distrust” inspired by what he said were Lindell’s “lies.”

Coomer has, separately, sued the Trump campaign and its allies for defamation.

When asked about the lawsuit and the possibility of being sued by more individuals linked to Dominion, Lindell demurred and said that people like Coomer were “trying to cancel (his) voice.”

“MyPillow and Frank Speech didn’t do nothing. I don’t even know if I’ve ever mentioned Eric Coomer,” Lindell told Insider. “They’re trying to cancel Frank Speech, your favorite show!”

Insider found, however, that Lindell actually mentioned Coomer on the Frank Speech platform last year. In September, Lindell appeared on Frank Speech and urged Coomer to surrender to the authorities for a reduced prison term of “10 to 20 years.”

“Eric Coomer, if I were you right now, instead of going over and making deals at Newsmax, if I were you, I’m turning myself in and turning in the whole operation,” he said, “so maybe, just maybe you get immunity and you only get to do, I dunno, ten to twenty years.”

It’s unclear what Lindell was referring to here, as Coomer is not facing any criminal indictments.

“You’re disgusting and you are treasonous. You are a traitor to the United States of America. You know what, I can say that, just like I can about Brian Kemp and Brad Raffensperger,” Lindell said. “These are things I have evidence of. The evidence is there. It’s sitting there.”

Lindell is currently facing a number of other lawsuits. He is being sued by voting tech companies Dominion and Smartmatic for pushing baseless election claims. Dominion noted in a January court filing that there is no “realistic possibility” of it settling its $1.3 billion lawsuit with Lindell, given the “devastating harm” he and Trump allies Rudy Giuliani and Sidney Powell caused the company.