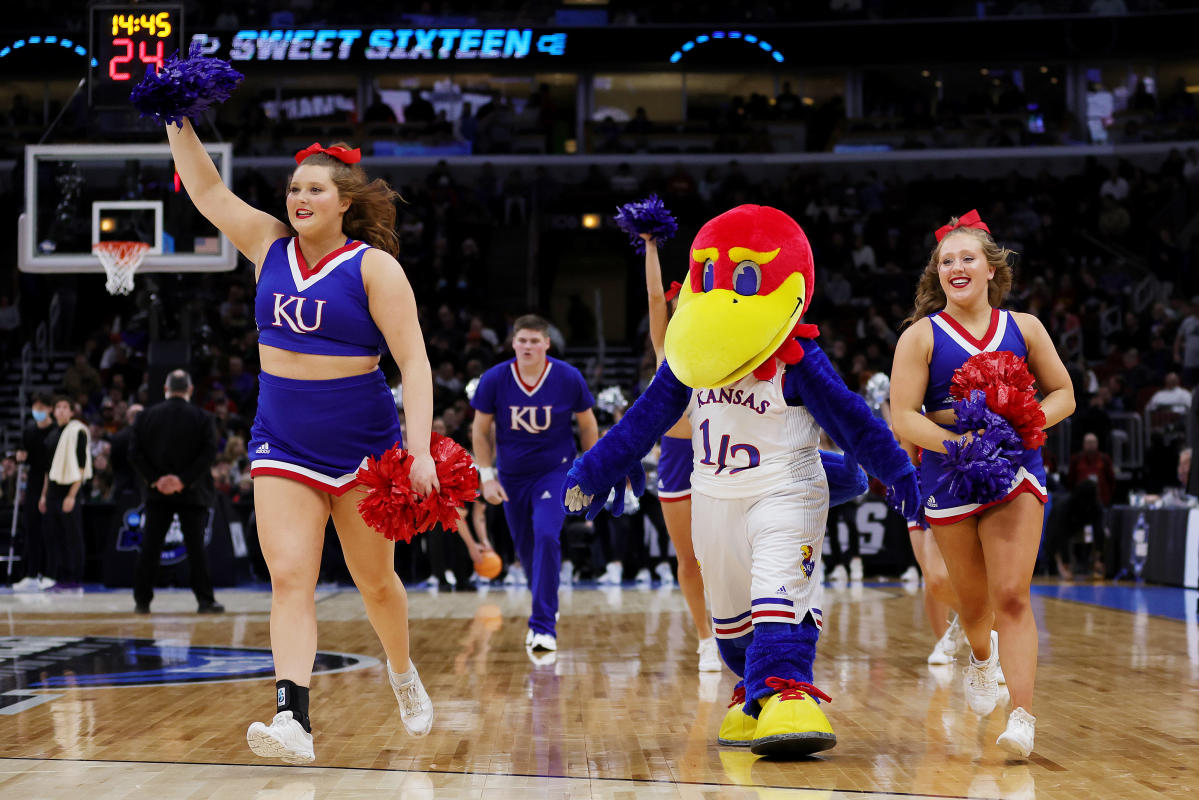 The only No. 1 seed remaining in the men’s NCAA tournament is the favorite to win the national championship.

The Kansas Jayhawks are at +275 at BetMGM to win the national title after beating Providence 66-61 on Friday night in the Sweet 16. The Jayhawks surpassed Houston as the national title favorite with the win and take on Miami (+2500) in the Elite Eight on Sunday. The Hurricanes knocked off Iowa State on Friday night to prevent an all-Big 12 matchup.

The Cougars became the favorite Thursday night after knocking off Arizona in the Sweet 16. Houston is still the No. 2 favorite at +350 despite entering the tournament as a No. 5 seed. Houston has played some ferocious defense this tournament and takes on Villanova on Saturday in the Elite Eight.

Houston is a 2.5-point favorite against the Wildcats. The Cougars are getting 55% of bets and 62% of the money while the under is a popular play. Nearly two-thirds of bets and two-thirds of the handle is on under 127.5. The total opened at 128.5. Villanova is at +600 to win the national title.

Duke is the No. 3 favorite to win the national title at +400. The Blue Devils take on Arkansas in the Elite Eight on Saturday and are 3.5-point favorites over the Razorbacks. Duke is getting the public’s support too with 61% of bets and 68% of the handle on the Blue Devils to cover.