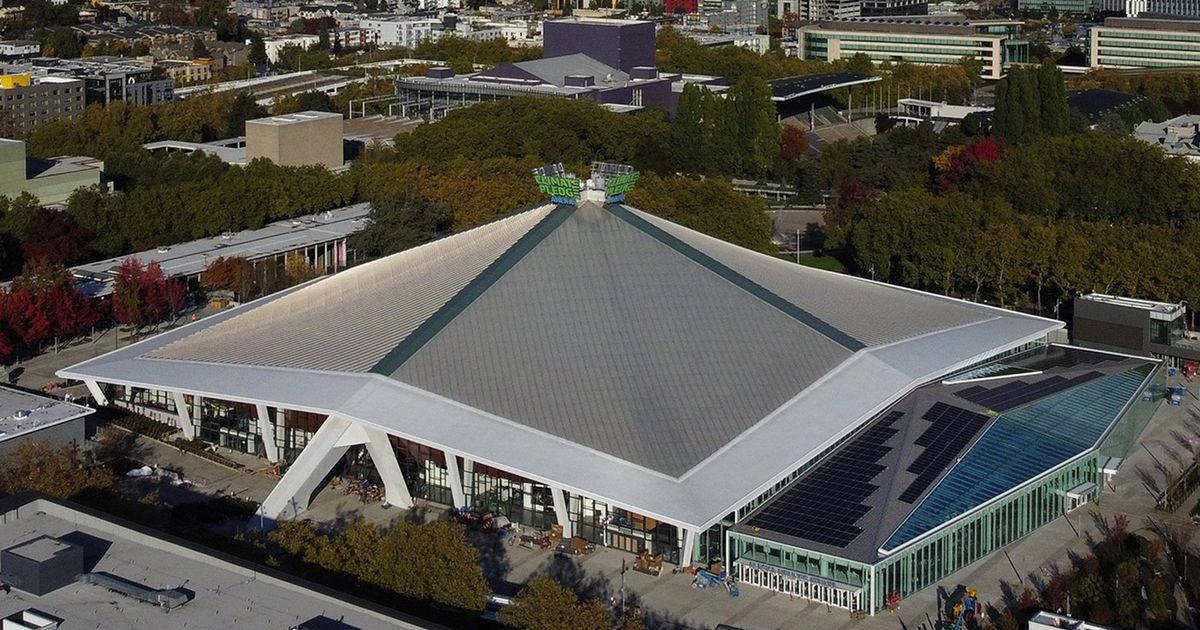 Oak View Group CEO Tim Leiweke said Wednesday that a new, 20,000-seat arena his company is planning for Las Vegas would be well-positioned to accept an NBA team should that league expand.

It’s been widely speculated that any NBA expansion would involve Las Vegas and Seattle as a pairing. Construction on the 850,000-square-foot Las Vegas arena and additional amphitheater is scheduled to break ground next year and finish in 2026 — meaning any expansion to Seattle could potentially be years away.

OVG opened its first venue, overhauling the newly named Climate Pledge Arena for nearly $1.2 billion in October, with the intention of eventually making it a home for a revived NBA Sonics franchise.

“You more than anyone know we never get ahead of the commissioners,” Leiweke said in a phone interview Wednesday when asked about the Las Vegas arena being for NBA use. “The decision on if and when the NBA will expand is up to (commissioner) Adam (Silver) and the 30 team owners. But if those owners decide they want to expand, we believe Seattle will be in good shape with the arena there. And Las Vegas will be in very good shape as well with this project.”

In October Silver told the CAA World Congress of Sports in New York that Las Vegas will be considered for expansion, but league owners aren’t ready.

“It’s on a list at the point that we do turn to expansion, which isn’t right now, but at some point, no doubt Vegas will be on the list.”

NBA insider Bill Simmons further fueled expansion talk last month by stating on his podcast that he “had intel” that the league would expand soon and that Lakers star LeBron James could have an ownership stake in a Las Vegas team once his playing career ends. Simmons listed Seattle and Las Vegas as the expansion front-runners.

The NBA denied the report, but owners are expected to take up expansion at their meetings this summer.

A Sonics revival has been speculated upon since 2008 when the team relocated to Oklahoma City as the Thunder. Seattle-born entrepreneur Chris Hansen tried to buy the Sacramento Kings in 2013 and move them to Seattle to play in a new Sodo District arena he planned to build with partner Steve Ballmer, but league owners rejected the sale.

The announcement Wednesday that OVG had acquired 25 acres of land just south of the Las Vegas Strip upon which to build a privately financed, $3 billion entertainment and retail district — including the arena, a casino and a hotel — prompted speculation about NBA plans. It’s been only five years since the opening of T-Mobile Arena, home of the NHL’s Vegas Golden Knights, and it’s typically viewed as impossible for two all-private professional sports arenas to survive in the same market.

That’s because there usually aren’t enough big musical acts from which two arenas would need to derive critical revenue on nights when sports teams aren’t playing. Leiweke said the Las Vegas situation is different and noted that OVG co-founder Irving Azoff, longtime manager of The Eagles and other musical acts, has the connections to bring such shows to the new venue.

“Las Vegas is a unique situation in that it’s a city with 50 million tourists coming in every year and the demand for live music is very high,” Leiweke said. “We’re in a pretty good position with Irving Azoff, one of the foremost players in the music business, and so the pipeline is there.”

When it comes to sports, Leiweke noted that OVG has an equity partner in Silver Lake — a technology investing company that provided financial backing for the purchase of UFC by Endeavor, a Hollywood talent agency, last year. That leaves the new arena positioned to become a UFC destination.

Leiweke added that while there are five arenas currently within Las Vegas and the surrounding region, only T-Mobile was built within the past decade. Former Las Vegas Raiders president Marc Badain will lead and consult on the project, and OVG president of business development Francesca Bodie — Leiweke’s daughter — will oversee business transactions and operations.

Additional OVG projects include Acrisure Arena in Coachella Valley, California (which will open next fall and serve as home to the Kraken’s new AHL Firebirds affiliate); the soon-to-open Moody Center at the University of Texas in Austin; a 20,000-seat Arena São Paulo, Brazil; the $150 million Baltimore Arena; FirstOntario Center Arena in Canada and UK projects that include a 15,000-seat arena in Cardiff, Wales, as well as the 23,500-seat Co-op Live in Manchester.