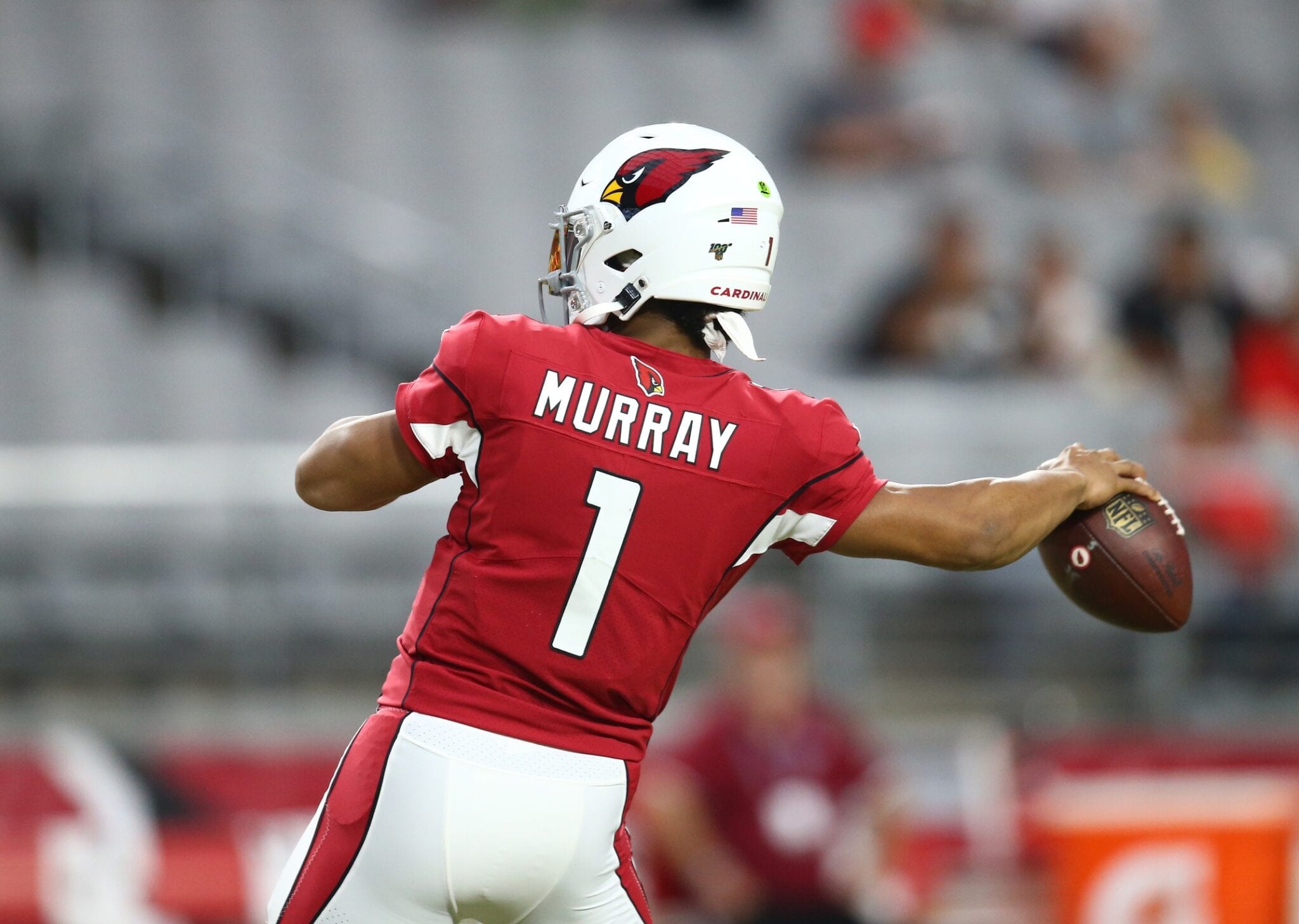 QB Cardinals Kyler Murray claims that his social media scrub had nothing to do with the team.

“No that was — like I said, if you’re a kid my age, you’re used to like … people take off all of their — that’s just a thing,Murray explained, via PFT. “Honestly, like I said, I took everything off of it, beside one picture. So it had nothing to do with the Cardinals or anything like that.”

Murray said that he’s happy in Arizona and is continuing to focus on football and doing what he can to win games.

“Obviously, you’ve got the whole social media stuff and then coming out with whatever it is about the future and stuff like that,Murray said. “But honestly, I’m happy where I’m at. I’m just being where my feet are and keeping football the main thing — like I always have. I’m an Arizona Cardinal,” Murray said. “I’ve done nothing but give my all to the Cardinals and will continue to do that. So I’m not really too worried about it.”

Rams T Joseph Noteboom is taking over for retiring T Andrew Whitworth after backing him up for four straight seasons in Los Angeles.

“Being behind him, there’s no better situation in the league,” Noteboom said, via Gary Klein of the LA Times. “Sixteen-year vet, Walter Payton Man of the Year. I mean, to step into his role — I had a blueprint for it for four years and I was watching his every move on and off the field. So that’s what gives me confidence.”

Seahawks HC Pete Carroll reiterated that it was a mutual decision to trade Russell Wilson to the Broncos but that he had “no intention” of sharing ways with Wilson until it was evident that it was time to move on.

“There was so much compelling reasoning why he would stay because of all the history and all the time spent (with the Seahawks). That was exactly where I was coming from, just to use the logic of it,” Carroll said, via Brandon Gustafson of Seattle 710AM. “When you’ve built a relationship over a long period of time, there’s great benefits to that in moving forward and well beyond your career and stuff. Those are all parts of the conversation. What I continue to say (is) I had no intention of making a move at all while guys were under contract and we were pleased with what was going on and all (that). So I fought for the logic of that for a good while until it wasn’t meaningful anymore to stick with that.”

Carroll added that their front office and coaching staff feel excitement for next season and there is a newness to the team without Wilson.

“It’s the challenge, it’s the excitement, it’s the newness, it’s the sense of the return to the core of where we began putting things together when we really were wide open and really aggressive and all (that),” Carroll said. “As time goes (on) and you get kind of connected to the salary cap and the cash cap and all that, you get slowed down a little bit. You don’t have as much freedom and all that. So we feel feel the freedom of the draft picks, we feel the freedom of the financial situation, and the excitement of putting our team together again.”

Carroll mentioned that he’d like to get an extension done for veteran free-agent QB Geno Smith.

“I’d like to get Geno hooked up and get him back in (here). He showed us a good deal of command of our offense when he played last year and he has a terrific understanding of it so he’s out in front of the other guys that are involved in the competition in that regard,” Carroll said. “By the time he got a couple games under his belt after sitting for three or four years, he functioned in the Jacksonville game as well as you can function and he had a beautiful game there. And that looked like the culmination of his return, kind of. And unfortunately we didn’t get to capitalize to see what the next step would be because Russ came back and played. But (Smith), he popped the ball around, he was fast with the football and got it out and did some really cool things. So that’s the first thing.”