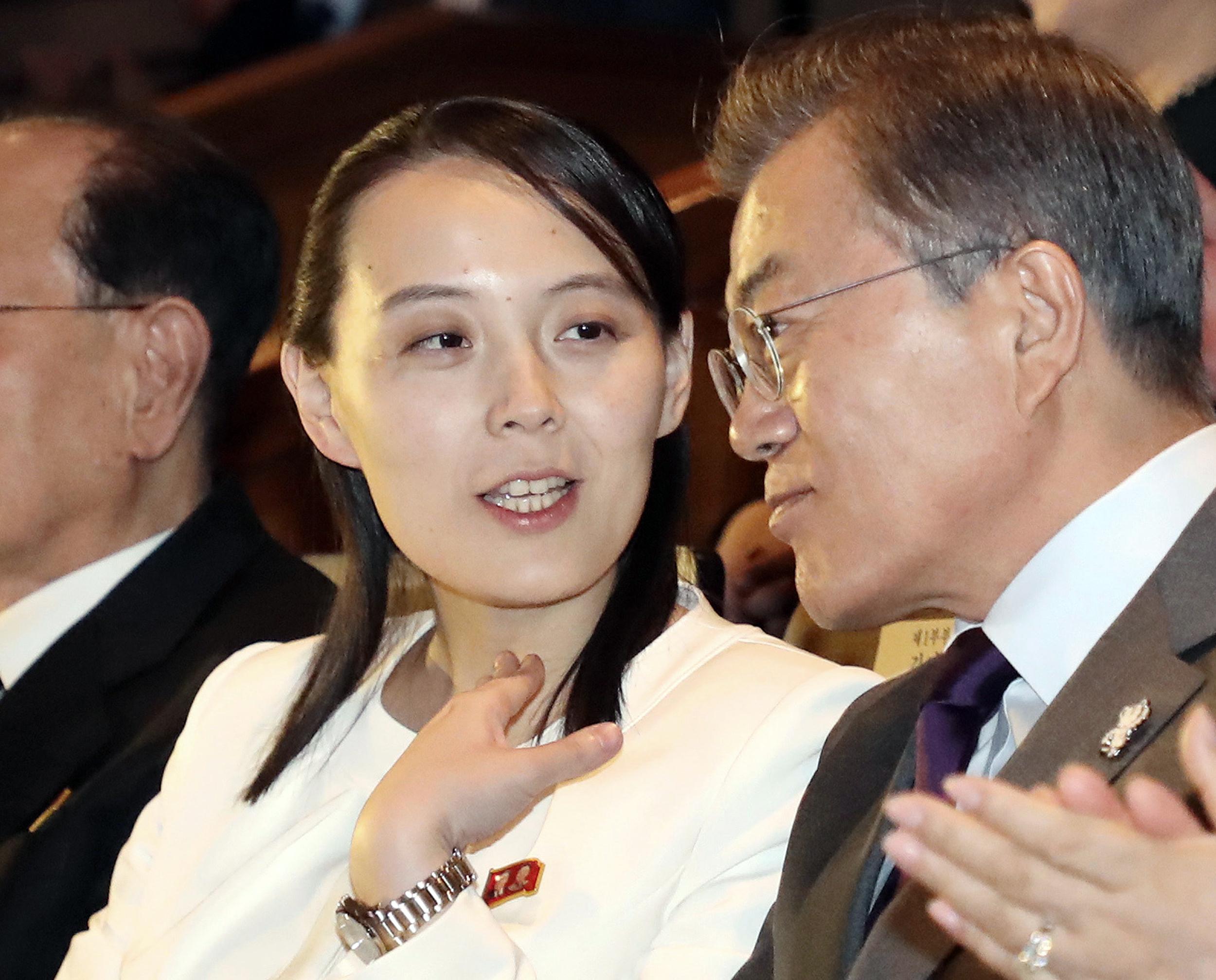 She stressed that North Korea doesn’t want another war on the Korean Peninsula but warned it would retaliate with its nuclear forces if the South opts for preemptive strikes or other attacks, which would leave the South’s military “little short of total destruction and ruin. ”

North Korea has repeatedly stated it would preemptively use its nuclear weapons when threatened by rivals as it accelerated its development of nuclear bombs and missiles, which Kim Jong Un sees as his strongest guarantee of survival.

In another statement directed toward Suh on Sunday, Kim Yo Jong called him a “scum-like guy” and warning that the South may face a “serious threat” because of his comments.

Her statements come amid tensions over North Korea’s accelerating weapons tests this year, including its first test of an intercontinental ballistic missile since 2017 on March 24, as her brother revives nuclear brinkmanship aimed at pressing Washington to accept the North as a nuclear power and remove crippling penalties.

Some experts say the North may up the ante in the coming months, possibly test-flying missiles over Japan or resuming nuclear explosive tests, as it tries to get a response from the Biden administration, which is distracted by Russia’s invasion of Ukraine and an intensifying rivalry with China.

The renewed tensions have been a major setback for outgoing South Korean President Moon Jae-in, a dovish liberal who had staked his presidential term on his ambitions for inter-Korean rapprochement.

During a visit to the country’s strategic missile command last week, Suh said South Korea has the ability and readiness to launch precision strikes on North Korea if it detects the North intends to fire missiles at South Korea.

Seoul has long maintained such a preemptive attack strategy to cope with North Korea’s missile and nuclear threats, but it was highly unusual for a Moon administration official to publicly discuss it.

“In case (South Korea) opts for military confrontation with us, our nuclear combat force will have to inevitably carry out its duty … a dreadful attack will be launched and the (South Korean) army will have to face a miserable fate little short of total destruction and ruin,” Kim said in her latest statement.

But the diplomacy derailed after the second Kim-Trump meeting in 2019 where the Americans rejected North Korea’s demands for major sanctions relief in exchange for a limited surrender of its nuclear capabilities.

Kim has since vowed to bolster his nuclear forces and sped up weapons development despite limited resources and pandemic-related difficulties. North Korea has also severed all inter-Korean cooperation while expressing anger over US-South Korea military exercises and Seoul’s inability to wrest concessions from Washington on its behalf.

Before its resumption of long-range testing last month, the North had spent much of the past three years expanding its arsenal of nuclear-capable short-range missiles threatening South Korea.

Experts say those missiles, which could potentially be armed with “tactical” battlefield nuclear weapons, communicate the North’s threat to use smaller nuclear arms even during conventional warfare to overcome the stronger conventional forces of South Korea and the US The US stations about 28,500 soldiers in the South to deter North Korean aggression.

Moon’s term ends in May, when he will be replaced by conservative Yoon Suk Yeol, who could possibly take a harder line on Pyongyang.