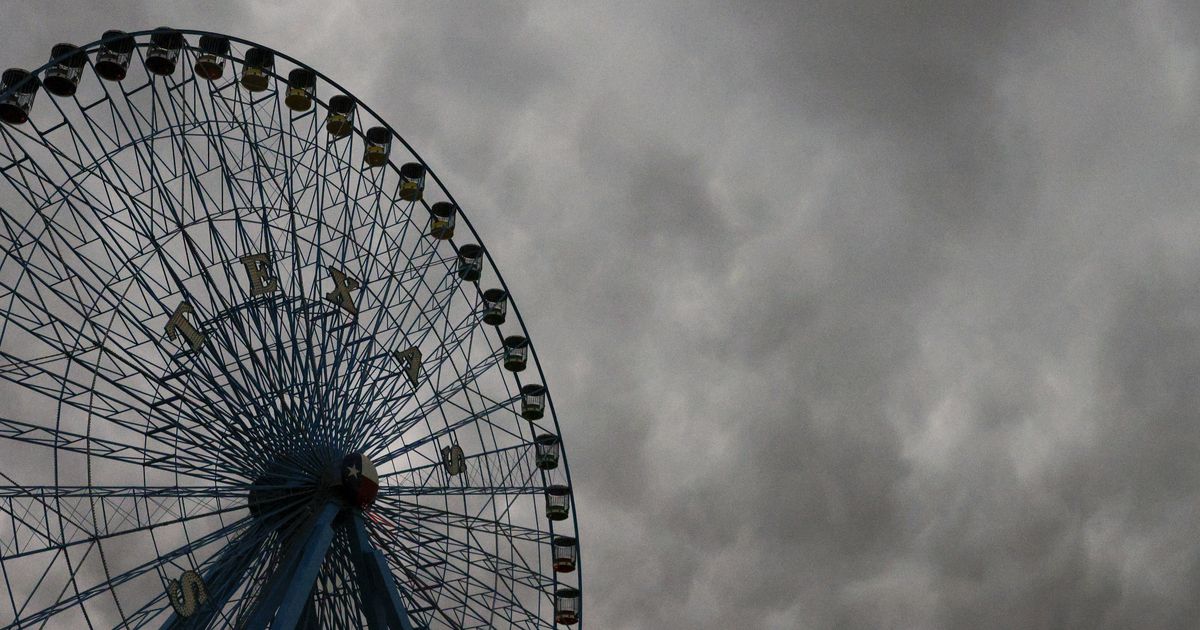 Much of North Texas is under a tornado watch until 2 am Tuesday.

A severe thunderstorm warning has been issued for much of southern Ellis County and northern Navarro County, including Ennis and Corsicana.

A flash flood warning has been issued for Dallas County and is set to expire at 2:45 am Don’t drive through flooded streets.

The tornado warning issued in Ellis County will be allowed to expire, the National Weather Service said.

“The tornado threat has diminished,” but the northern and eastern portions of the county can still expect strong winds over 60 mph, according to the weather service.

Some storm damage has been reported in Johnson County, according to the county’s emergency management division. County officials weren’t immediately aware of the extent of the damage.

Severe thunderstorm warning issued for parts of Ellis County, including Waxahachie, Ennis and Midlothian until 12:15 am

The McKinney Fire Department carried out three water rescues amid heavy flash flooding Monday evening. Four people were brought to safety after their cars were swept away, and all are in good condition, the fire department tweeted.

Watch out for flash flooding! McKinney Fire Department’s Special Operations Teams carried out three water rescues tonight. 4 people total were brought to safety after their cars were swept away. Everyone is fine. pic.twitter.com/gneuOVEDum

1110 pm: Severe storm with a history of producing a tornado is approaching Midlothian in northwest Ellis county. Seek shelter on the lowest floor in an interior room NOW! Radar is indicated straight line winds of over 80 mph too. #dfwwx pic.twitter.com/A7saUJWoUn

The National Weather Service issued a tornado warning near Joshua in northern Johnson County. It is moving east. Radar detected debris from a tornado.

1055pm: Tornado warning near Joshua in northern Johnson county, moving east. Radar is detecting from debris a tornado! Get into your safe shelter now! #dfwwx pic.twitter.com/0bI9tLG14h

The National Weather Service has extended the severe thunderstorm warning for Dallas until 11:30 pm The advisory also includes Mesquite and Garland.

A severe thunderstorm warning is in effect for northern Dallas and northeastern Tarrant counties until 10:45 pm, the weather service says. The storm is packing winds capable of damaging roofs, siding and trees and could produce half-dollar-size hail.

The National Weather Service has issued a flash-flood warning for Collin County and parts of Dallas and Denton counties.

The National Weather Service has issued a severe thunderstorm warning for the cities of Dallas, Garland and Irving, effective until 10:45 pm The weather service previously issued a tornado watch for the entire Dallas-Fort Worth metroplex until 2 am

The National Weather Service has issued a new tornado warning in the far northeast area of ​​Collin County, near Blue Ridge.

The National Weather Service has issued a tornado warning for parts of Denton and Collin counties as a line of storms moves through the region.

The warning, which includes the cities of Prosper, Anna and Celina, is in effect until 9:30 pm Around 8:50 pm, the weather service said radar showed “strong rotation” near the Denton County city of Aubrey.

The cities of Celina and Weston were “directly in the path of strong rotation,” the weather service said about 9 pm

“This possible tornado is totally wrapped in rain and will not be visible,” the weather service tweeted. “Get in your safe shelter now, lowest floor, and away from any windows.”

Earlier, the weather service put the entire Dallas-Fort Worth area under a tornado watch until 2 am Tuesday. A tornado watch means conditions are favorable for severe storms with tornadoes to develop.

The weather service urges people to have multiple ways to receive weather alerts and plans for sheltering if severe weather hits.

After brief sunny and summerlike weather across North Texas, the threat of storms returns Monday evening and overnight.

Strong to severe storms are possible beginning early evening and continuing into the early hours Tuesday, according to National Weather Service. Damaging winds up to 65 mph, 2-inch hail and tornadoes are possible, the forecast says.

The greatest threat for severe weather will be along and north of Interstate 20, from about Paris to Cisco, east to west, and Bowie to Canton, north to south, the weather service said.

Big weather changes are on the way by this evening. Scattered, strong to severe storms develop W of I-35 late this afternoon, as heating and increasing lift help to
erodes the cap. Be sure to have a reliable way to receive weather alerts and proper shelter. #dfwwx #ctxwx #txwx pic.twitter.com/9w7sIjgPos

“This is going to be an event that’s fairly widespread,” KXAS-TV (NBC5) meteorologist Samantha Davies said. “Nearly everyone in North Texas does have the risk for severe weather, so you really want to make sure you stay weather aware.”

The storms will develop west of Dallas-Fort Worth about 3 pm, Davies said, and move eastward about 6 pm It should clear by 2 am Tuesday, according to the forecast.

Storm conditions will be quiet in the DFW metroplex will be quiet through rush hour and the early evening, the weather service said. Damaging winds and hail will be the primary hazards. There is a low possibility for tornadoes.

Temperatures were expected to reach near 80 degrees Monday ahead of the stormy weather. Tuesday will be dry and 90, Davies said.