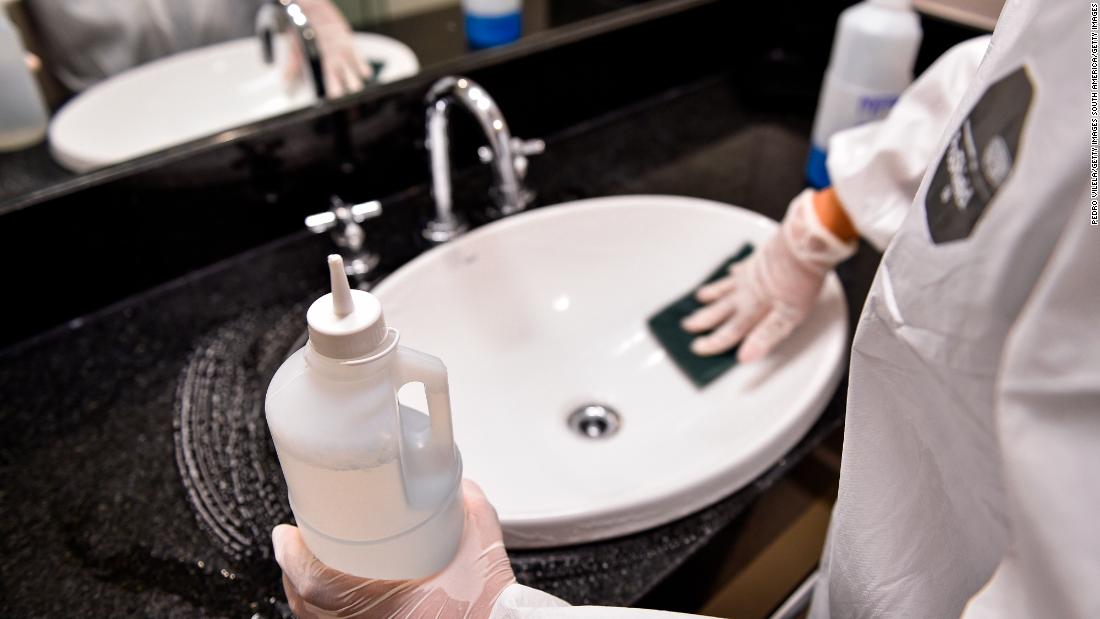 There’s no need to start obsessively wiping and washing, however. Even though Omicron may survive longer on surfaces, you’re probably still more likely to be infected by inhaling the virus rather than by touching something that’s been contaminated, says Linsey Marr, an environmental engineer and aerosol scientist at Virginia Tech.

“I think that maybe surfaces could be a little more important than they were with the ancestral strain. I still do not think that does not mean that surfaces are dominant, though,” said Marr, who reviewed the studies but was not involved in the research. “I am sure that inhalation of aerosols is still the dominant mode of transmission.”

This increased stability probably also helps Omicron survive longer in the air, too.

“If it’s more stable in the air, it’s going to be more contagious in the air, too,” she said.

The new studies are preprints, which means they have been posted online ahead of careful review by outside experts and publication in an academic journal.

For the first study, researchers in Japan took viruses from all the major coronavirus variants of concern and grew them in cells in a lab. They concentrated and purified these samples and then spread them on squares of plastic and skin from human cadavers. They kept the samples in warm air, about 77 degrees.

On plastic, the original Wuhan strain survived for about 56 hours. Most of the other variants tested, including Alpha, Beta, Delta and Omicron, survived more than three times as long. Omicron could still be detected 193 hours — eight days — after it was applied.

For the second study, researchers in Hong Kong spread samples of the original strain of the SARS-CoV-2 virus and the Omicron variant on squares of stainless steel, plastic, glass and paper. The original virus could be detected for only about two days on stainless steel and plastic, and for about four days on glass, but the Omicron variant could still be detected for about seven days on those surfaces. It survived longer on tissue and printer paper, too.

“Omicron is still mainly transmitted by close contact and aerosol,” study researcher Leo Poon, a professor of public health at Hong Kong University, wrote in an email to CNN. “We just want to highlight that we should also pay attention to hand hygiene and disinfection of contaminated surfaces.”

Poon says things that are touched frequently by multiple people — door handles, handrails, and elevator buttons, for example — are good places to focus your cleaning efforts.

Poon notes that his team studied the BA.1 strain of Omicron, and his findings don’t necessarily pertain to the newer BA.2.

Detecting virus for seven days on a surface may sound like a long time, but Marr says Omicron probably doesn’t hang around that much in the real world.

“That doesn’t freak me out, because the experimental conditions they used in this study are so different from real-life conditions,” she said. In a lab setting, researchers spread relatively large amounts of the virus in a growth medium in warm room air. In real life, viruses don’t get these cushy conditions.

Marr says the important thing to take away from the studies is that Omicron is sturdier than the Covid-19-causing viruses we’ve seen before.

“That doesn’t mean you need to go around and clean everything all the time,” she said. The most important things to think about are still ventilation, air filtration and, when it comes to surfaces, your hands.

“If you wash your hands, that breaks the transfer of virus from surfaces into your nose or mouth,” she said.