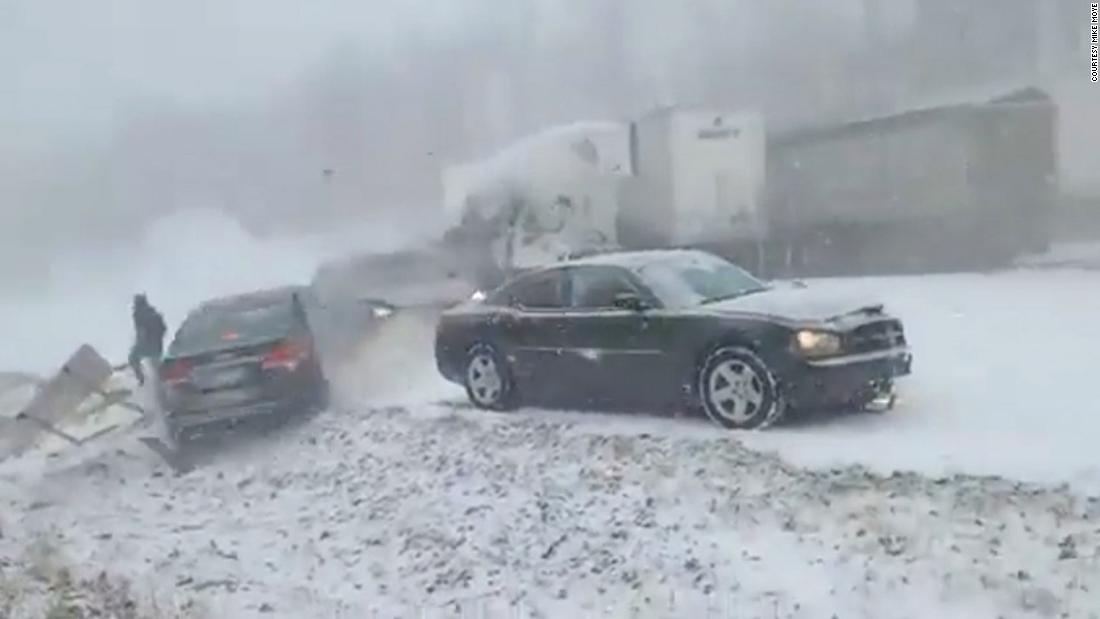 According to final numbers in the report, there were 39 commercial vehicles and 41 passenger vehicles involved in the crash, a total well above earlier estimates. The death toll of six is ​​up from a coroner’s earlier estimate of at least three deaths.

A snow squall is a term for an intense period of moderate-to-heavy snowfall of limited duration that is accompanied by strong, gusty surface winds and possibly lightning. Snow accumulation can be significant.

On Monday midmorning, a squall brought heavy fog and snow to Interstate 81 near mile marker 116 and made visibility and traction nearly impossible. Videos show cars and semi-trucks skidding along the highway in whiteout conditions, creating a chain reaction of crashes and spinouts.

Over two dozen fire companies responded to the crash, where multiple vehicles were on fire, according to John Blickley, deputy emergency management coordinator for Schuylkill County.

A snow squall warning for the county and several others in Pennsylvania was in place until 1:30 pm, the National Weather Service said.

There wasn’t a snow squall warning issued for the location of the accident at the time the crash happened. However, a narrow band of snow was falling in the vicinity and across I-81 based on radar data analyzed by CNN meteorologists. Winds of over 20 mph were reported in the region.

What the videos showed

Mike Moye was one of those caught up in the crash and captured video of the mayhem. He told CNN he was driving on I-81 when the snow and fog made it difficult to see the road, so he pulled his Dodge Charger over to the side of the highway.

“I thought it was going to be OK. I thought the cars in the back would know to slow down but no one slowed down. They just kept piling up,” he told CNN.

Moye got out of his car and walked off the road and began filming as a series of cars and trucks skidded down the interstate and slammed into the backs of other vehicles.

Down the road, huge plumes of smoke flood out of a truck that caught fire, the video shows. Moye was not injured, he told CNN.

Other videos show the aftermath of the pileup. Drone footage of the scene shows dozens of cars and trucks pointed in various directions across the road.

Videos from another driver, Basia Szydlowski, show the vehicles, at ground level, splayed across the highway.

CNN’s Pooja Salhotra and Judson Jones contributed to this report.