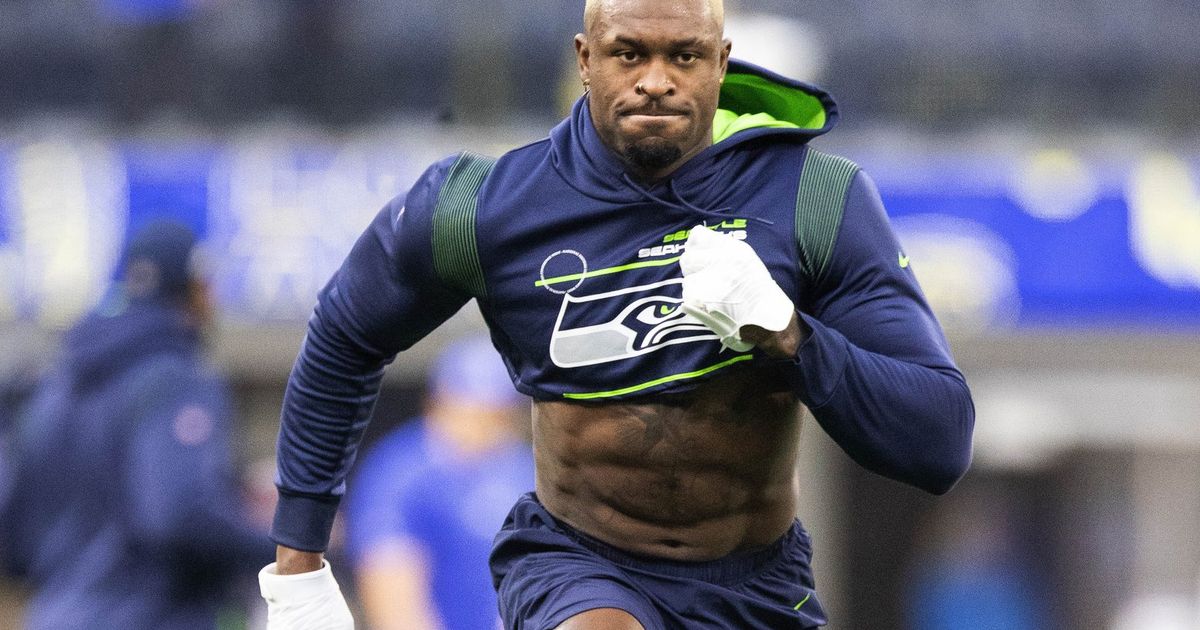 The tweet came from Pro Bowl Patriots linebacker Matthew Judon on Monday. The man has been persistent in trying to recruit star power to New England this offseason, and decided to give a shout-out to Seahawks receiver DK Metcalf.

Could he be gone?

Seahawks coach Pete Carroll and general manager John Schneider didn’t insinuate that they were interested in dealing away the former Pro Bowl receiver. In fact, Carroll came off as adamant that they wanted to keep Metcalf—even if they haven’t extended his contract yet.

“We intend for him to be with us,” Carroll said from the owners meetings Tuesday. “We’d love to figure that out. We’re in a normal kind of mode this time of year. We’re not to that topic yet, specifically, because we’ve got so many other things going on. But we’d love to have him. There’s no way I could imagine playing without him.”

Carroll is a forever affable and fairly open coach. Unlike others in his profession, he doesn’t shy away from injury updates and empathizes with reporters’ desire for information. He’s also no dummy. He has to give a quote like that.

But how seriously can you take it? Remember, a couple months ago Carroll and Schneider were dismissing any concern that quarterback Russell Wilson might be dealt. Schneider said that while he would always take calls from teams to get a feel for the market, his response was always “we’re not shopping the quarterback.”

Well, they shopped the quarterback. Who’s to say they won’t shop the star receiver?

This would have seemed like an impossibility a couple weeks ago, but then superstar receivers Tyreek Hill and Davante Adams broke the pass-catching market. Upon acquiring Hill from the Chiefs, the Dolphins gave him a four-year, $120 million contract, making him the first receiver to make $30 million per year. And upon acquiring Adams from the Packers, the Raiders gave him a five-year, $141 million contract.

Schneider seemed to react to the deals like Neo from “The Matrix”: Whoa.

“This is the market. So we’ll get to that when we get to it. But there is a bit of a ‘whoa,’” Schneider said. “But then you have to figure out: OK, well, where’s the cap going? What’s it going to look like? How do you build your team? We do that every day.”

Do the Seahawks want to spend more than $20 million per year — maybe $25 million — on a wide receiver when they haven’t locked down a proven quarterback? They would almost certainly have to this offseason if they want to keep him in a Seahawks uniform long-term. DK’s contract runs through the end of the 2022 season, and Seattle typically extends its top priorities before beginning play that final season.

Might be worth it given Metcalf’s talent and production — he did set the all-time Seahawks receiving-yards record (1,303) in 2020 while finishing seventh in the league. Then again, last season, while playing with a foot injury and an injured Wilson, he dipped to 967 yards. It would be a gamble — just like trading two first-round draft picks for safety Jamal Adams was, and that hasn’t worked out so far.

Why the Seahawks might trade him? Because if they don’t think Metcalf is worth the cost, he could walk away after next season and Seattle gets zilch for him. Right now, they could command a lot of draft capital if they put his name out there.

Why wouldn’t they trade him? Because if Carroll and Schneider meant it when they said they don’t want to rebuild, dealing DK would fly right in the face of that statement.

One of the most awesome displays of athleticism came two seasons ago when Metcalf tracked down Cardinals safety Budda Baker, who seemed bound for the end zone after picking off a Wilson pass. Didn’t even matter that Seattle lost in overtime — that’s what everyone remembered.

Would be fun for fans to see more of those types of moments. But you just never know in the NFL.

Metcalf is a unique talent — but he’d be a costly talent. Earlier in the month, extending him seemed like a no-brainer. Now it may be a head-scratcher.

mcalkins@seattletimes.com; on Twitter: @matt_calkins. Matt Calkins joined The Seattle Times in August 2015 as a sports columnist after three years at the San Diego Union Tribune. Never afraid to take a stand or go off the beaten path, Matt enjoys writing about the human condition every bit as much as walk-offs or buzzer-beaters. His mom reads the comments so take it easy on him.