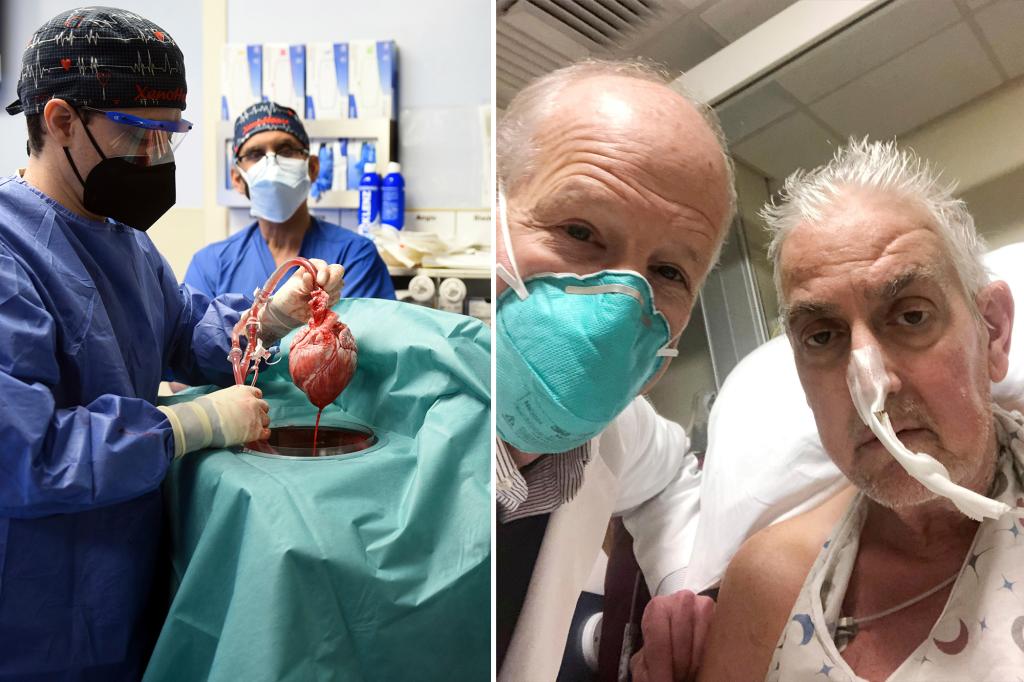 The genetically modified pig whose heart was used in the first human transplant of its kind had a porcine virus that may have played the role in the death of the patient two months later, experts said.

David Bennett Sr., 57, first seemed to be doing well the first few weeks after he received the history-making heart transplant on January 7 at the University of Maryland Medical Center in Baltimore, but his condition suddenly took a dramatic turn for the worse , the MIT Technology Review reported Wednesday.

“Something happened to him. He looked infected.”

Despite doctors’ efforts to save the patient by treating him with an AIDS drug and antibodies from blood donors, he died March 8.

Griffith said that subsequent tests showed that the transplanted pig heart was infected with porcine cytomegalovirus, which in pigs can cause a wide range of symptoms, from pink eye and sneezing to pregnancy complications and stillbirths.

The virus previously has been linked to pig organ transplant failures in baboons.

Griffith said that the virus, which had not been detected prior to the transplant surgery, may have contributed to Bennett’s decline and death, the MIT Technology Review reported.

“We are beginning to learn why he passed on,” said Griffith, adding that the porcine ailment “maybe was the actor, or could be the actor, that set this whole thing off.”

The animal used for the transplant was raised by the biotech company Revivicor, which altered its genome to reduce the risk of Bennett’s immune system rejecting the heart.

Joachim Denner, of the Institute of Virology at the Free University of Berlin, who studied the effects of a porcine virus on transplant organs, said more accurate testing could address the problem in future animal-to-human transplants.

According to Denner, the US teams appear to have tested the donor pig’s snout for the virus, but often it is found deeper in the tissues and could be difficult to detect.

“But if you test the animal better, it will not happen,” Denner said. “The virus can be detected and easily removed from pig populations, but unfortunately they didn’t use a good assay and didn’t detect the virus, and this was the reason. The donor pig was infected, and the virus was transmitted by the transplant.”

Bennett was dying of heart failure and was not eligible for a human heart transplant, making him a suitable candidate for this experimental procedure.

After Bennett’s death, his son praised the hospital for offering the last-ditch experiment, saying the family hoped it would help further efforts to end the organ shortage.

“We are grateful for every innovative moment, every crazy dream, every sleepless night that went into this historic effort,” David Bennett Jr. said in a statement released by the University of Maryland School of Medicine. “We hope this story can be the beginning of hope and not the end.”