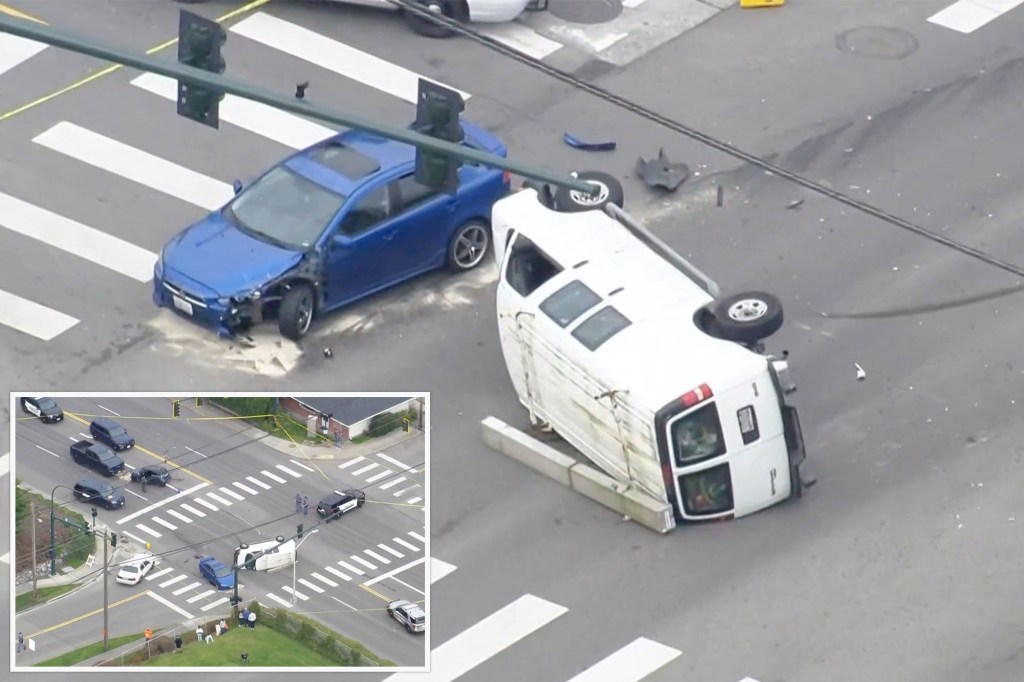 A police officer was reportedly killed after gunfire broke out near a community college in Washington state on Friday afternoon.

A witness told The Everett Herald he heard shots at around 2:15 pm and saw a uniformed officer’s body on the ground in a Starbucks parking lot close to the Everett Community College campus.

George LaBauve said he saw the suspected gunman tuck away his firearm before running over the officer’s body as he fled in a blue Mini Cooper, the newspaper reported.

Deputies from the Snohomish County Sheriff’s Office were seen covering the downed officer’s body in a sheet in the parking lot around 2:30 pm, according to the report.

Officials have not confirmed the officer’s death or which agency he was with.

Police did say that a suspect was detained after he crashed a Mini Cooper into a white van about 2.5 miles away from the scene of the shooting. Both vehicles appeared totaled, according to the paper.

The identity of the suspect has not been released.

Everett Community College was briefly placed on lockdown as police responded to a “death at the Starbucks,” according to school officials. The college is currently on spring break and no classes were in session at the time.

The Snohomish County Sheriff’s Office did not immediately respond to The Post’s request for comment.

Everett is located about 30 miles north of Seattle.