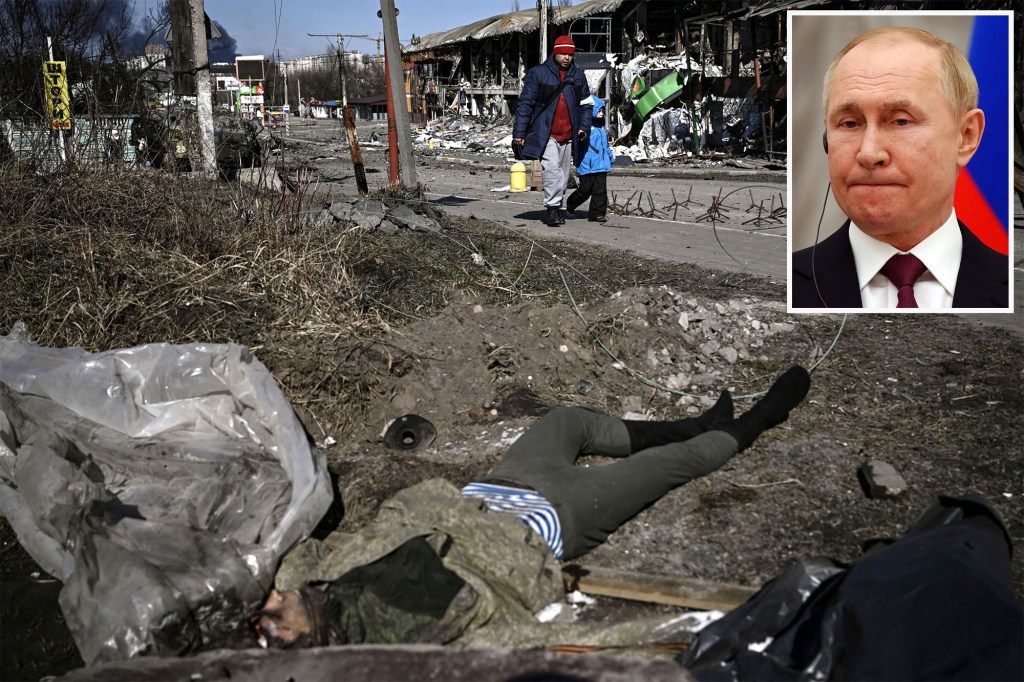 A Pro-Kremlin tabloid on Monday reported that nearly 10,000 Russian troops have been killed in the war in Ukraine – before the publication removed the figure and claimed it had been hacked.

The Putin-friendly Komsomolskaya Pravda, citing the Russian Ministry of Defense, reported that 9,861 Russian troops had died and that 16,153 had been wounded in Ukraine since Russia launched its invasion on Feb. 24. It’s unclear whether the numbers tolls were accurate.

The staggering figures were far higher than any previous numbers released by Russia since the conflict began.

On March 2, the last official death toll released by Russia, the country said that 498 Russians had been killed in action and 1,597 injured.

Later Monday, Komsomolskaya Pravda removed the whopping numbers from its website and issued a statement claiming it had been hacked.

The original version of the article can still be found in the paper’s online archives.

Intelligence officially conservatively estimates that roughly 7,000 Russian troops have been killed in the war so far, according to a New York Times report last week.

For comparison, 3,481 US soldiers were killed in action in America’s war in Iraq.