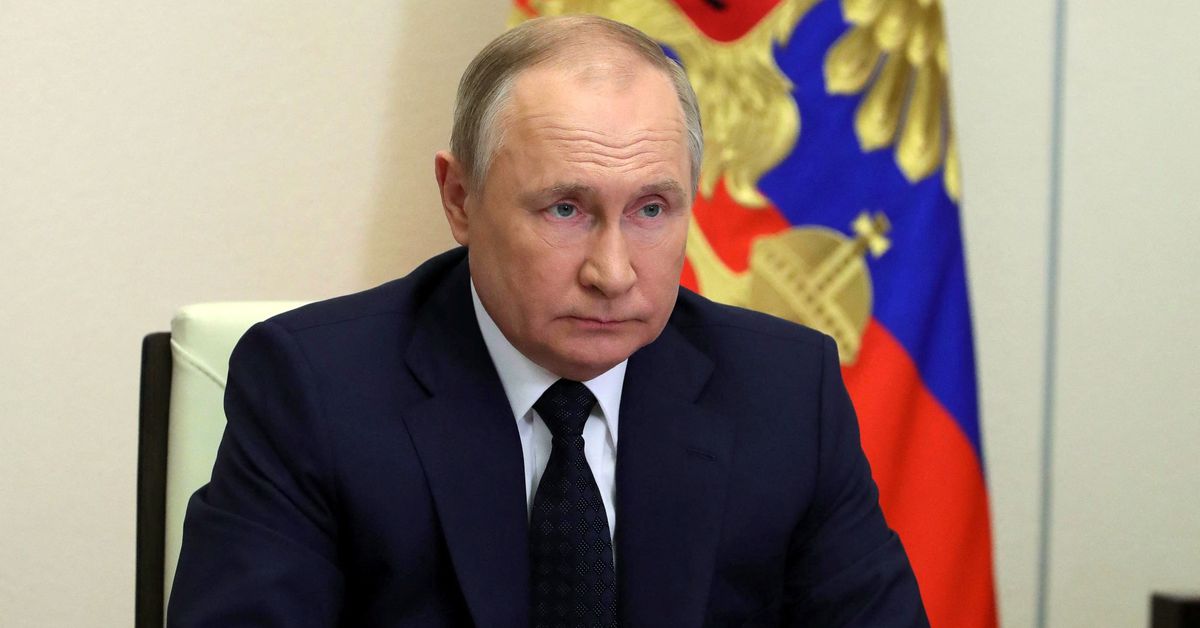 March 31 (Reuters) – Russian President Vladimir Putin said on Thursday that he had signed a decree saying foreign buyers must pay in rubles for Russian gas from April 1, and contracts would be halted if these payments were not made.

“In order to purchase Russian natural gas, they must open ruble accounts in Russian banks. It is from these accounts that payments will be made for gas delivered starting from tomorrow,” Putin said in televised remarks.

“If such payments are not made, we will consider this a default on the part of buyers, with all the ensuing consequences. Nobody sells us anything for free, and we are not going to do charity either – that is, existing contracts will be stopped.”

Russia supplies about a third of Europe’s gas, so energy is the most powerful lever at Putin’s disposal as he tries to hit back against sweeping Western sanctions over his invasion of Ukraine.

His decision to enforce ruble payments has boosted the Russian currency, which fell to historic lows after the Feb. 24 invasion but has since recovered.

Western companies and governments have rejected the move as a breach of existing contracts, which are set in euros or dollars. France’s economy minister said France and Germany were preparing for a possible scenario that Russian gas flows could be halted – something that would plunge Europe into a full-blown energy crisis.

An order signed by Putin set out a mechanism for buyers to transfer foreign currency to a special account at a Russian bank, which would then send rubles back to the foreign buyer to make payment for the gas.

He said the switch was meant to strengthen Russia’s sovereignty, and it would stick to its obligations on all contracts.