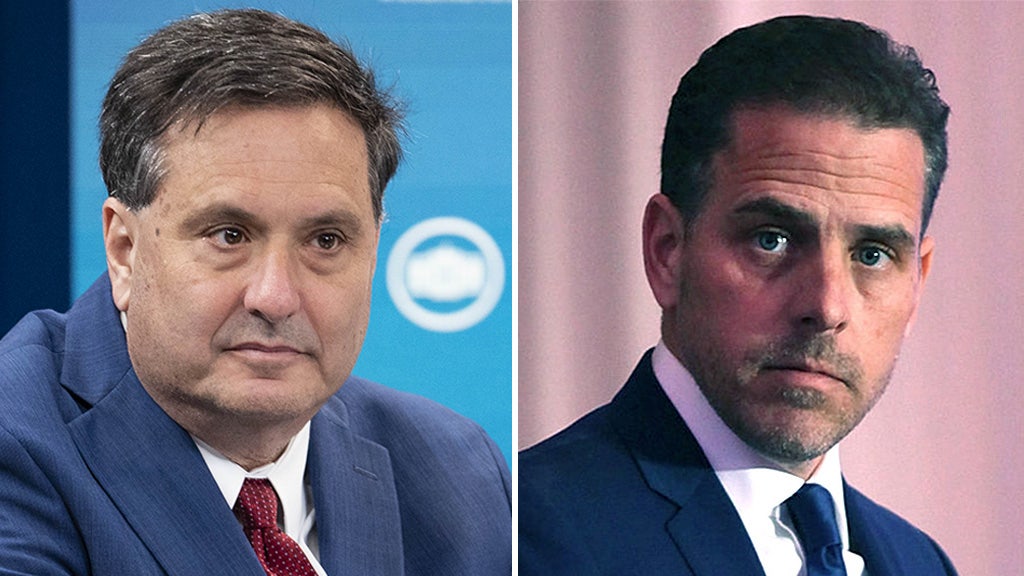 FIRST ON FOX: President Biden’s White House chief of staff Ron Klain reached out to Hunter Biden in September 2012 for help in raising $20,000 for the Vice Presidents Residence Foundation (VPRF), telling him to “keep this low low key” to prevent “bad PR,” according to emails reviewed by Fox News Digital.

Klain, who had left his chief of staff position in then-Vice President Biden’s office a year earlier but was the foundation’s chairman at the time of the emails, told Hunter that he needed to “tackle a piece of unpleasant business” and needed Hunter’s help .

The Vice President’s Residence Foundation is a nonprofit entity used to assist in preserving and furnishing the vice president’s official residence located on US Naval Observatory grounds.

White House Chief of Staff Ron Klain reached out to Hunter Biden in September 2012 for help in raising $20,000 for the Vice Presidents Residence Foundation (VPRF), telling him to “keep this low low key” to prevent “bad PR,” according to emails reviewed by Fox News Digital.
(Win McNamee/Getty Images)

“The tax lawyers for the VP Residence Foundation have concluded that since the Cheney folks last raised money in 2007 and not 2008, we actually have to have some incoming funds before the end of this fiscal year (ie, before 9/30/12 – next week) to remain eligible to be a ‘public charity,'” Klain said in an email to Hunter.

“It’s not much – we need to raise a total of $20,000 – so I’m hitting up a few very close friends on a very confidential basis to write checks of $2,000 each,” Klain continued. “We need to keep this low low key, because raising money for the Residence now is bad PR – but it has to be done, so I’m trying to just collect the 10 checks of $2,000, get it done in a week, and then, we can do an event for the Residence Foundation after the election.”

Hunter then forwarded the email a few hours later to his longtime business partner, Eric Schwerin, who helped manage a majority of Hunter’s finances. Schwerin responded by telling him that they could “discuss this and some other bills on Monday” and asked whether Hunter thought “they would take a corporate check from Owasco,” which appeared to be referring to Hunter’s law firm, Owasco PC.

Three days after the initial email from Klain, who was the chairman of VPRF in 2012, Schwerin emailed Hunter to let him know that he had talked to Klain and that he was checking on whether the foundation would accept a check from Owasco.

It is unclear whether Hunter ended up using Owasco to donate to the foundation or whether he assisted Klain in soliciting donations from other individuals. However, a 990 tax form from fiscal year 2012 shows that the foundation received $20,500 in contributions that year.

At the time of Klain’s correspondence with Hunter, he was president of Case Holdings, which, according to a press release, is the holding company for “the wide-ranging for-profit and philanthropic interests of AOL co-founder Steve Case and his wife Jean,” and includes investments in Hawaii, the Case Foundation, and Revolution LLC, the venture capital firm where Klain also worked. He was also on the board of directors for Center For American Progress Action Fund.

According to VPRF’s tax forms, its operations involve “stable costs,” including insurance premiums and professional services and “cyclical costs,” including decorating, refurbishing and transporting pieces to and from storage.

“The VPRF is organized and operated in a manner designed to attract public support and maintains a continuous and bona fide program for soliciting funds from the general public,” its 2012 tax form states.

“The VPRF resumed fundraising at the end of its 2012 Fiscal Year and continues fundraising into the 2013 Fiscal Year,” the tax forms state. “Funds raised in both of these years have been exclusively through public sources.”

The foundation’s 2012 fiscal year ran from October 1, 2011, to September 30, 2012 – the same month Klain had emailed Hunter Biden asking for help in soliciting donations and when the foundation “resumed fundraising.”

Hunter Biden is currently under federal investigation for potential violations of tax, money laundering and foreign lobbying laws through his past business relationships abroad, but Klain came to his defense on Sunday, telling ABC News that President Biden is “confident that his son didn’t break the law.”

The 2012 emails come on the heels of previous reports showing the behind-the-scenes workings of Hunter Biden after Joe Biden had entered the vice president’s office.

FoxNews previously reported that a registered Serbian foreign agent and the Serbian Ambassador to the United States were in discussions with Hunter Biden in the early years of his dad’s first term as vice president to coordinate the scheduling of an investment meeting with Serbia’s president and Serbian “high net worth individuals .”

Past emails have also Revealed that between 2010 and 2011, Hunter Biden had said his relationship with a Chinese tycoon, who Hunter and his partners referred to as “Super Chairman,” and who was arrested on money laundering charges in China, had “everything to do with my last name .”

Additionally, emails have shown that Hunter Biden tried to help a Chinese oil executive purchase an African oil field after he was warned the company had ties to countries hit with US sanctions, the Free Beacon reported.

The White House, Schwerin, and Hunter’s attorney did not respond to Fox News Digital’s requests for comment.