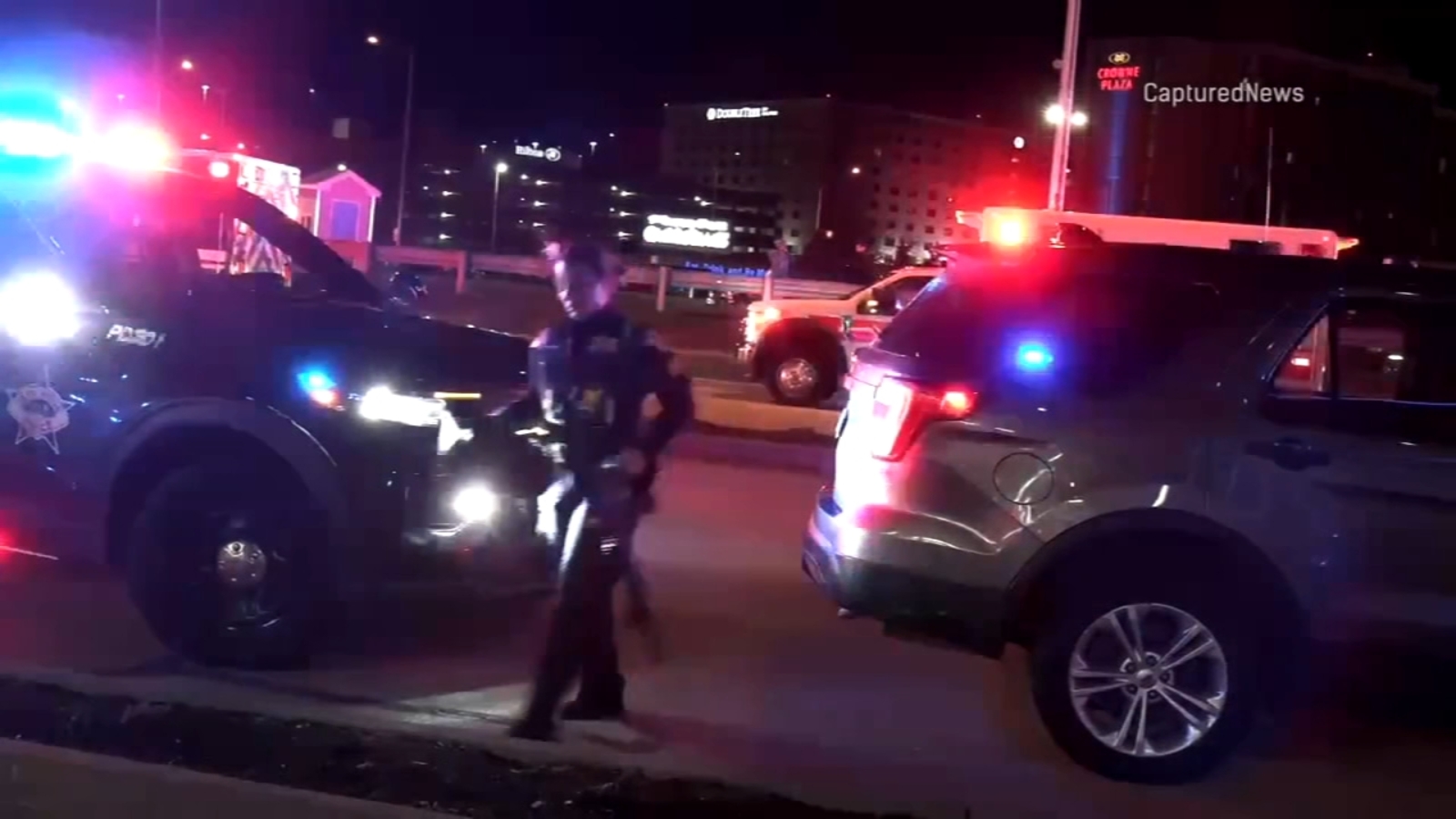 ROSEMONT, Ill. (WLS) — Police have located a person of interest in the Rosemont outlet mall shooting that killed one person an injured at least one other on Friday evening, officials said.

Two shooting victims were rushed to local hospitals and were initially reported to be in critical condition.

Police said one of the shooting victims, a man in his 20s, died at the hospital. He was identified as Joel Valdes, 20, by the Cook County Medical Examiner’s Office.

A 15-year-old girl was also shot in the wrist, police said. Her condition has since stabilized.

Police said there may have been a third shooting victim who left the area.

Witnesses inside the mall said they heard three to five shots fired and saw people rushing for the exit.

“I noticed that a stroller was ah, had fell over, and it was a kid’s bottle laid out next to the stroller, it was a little girl’s stroller,” witness Stringer Harris said. “And that just told me how serious this matter was. As far as, like, it goes from zero to 60 just that quick. You know, you’re walking down with your family having a good time and shots go off.”

Police said the area is now safe, but Rosemont officers were going from store to store to get shoppers and employees out.

Police said people can reunite with their loved ones at the nearby Caddyshack restaurant.

Police said the suspects fled the scene in a red vehicle.