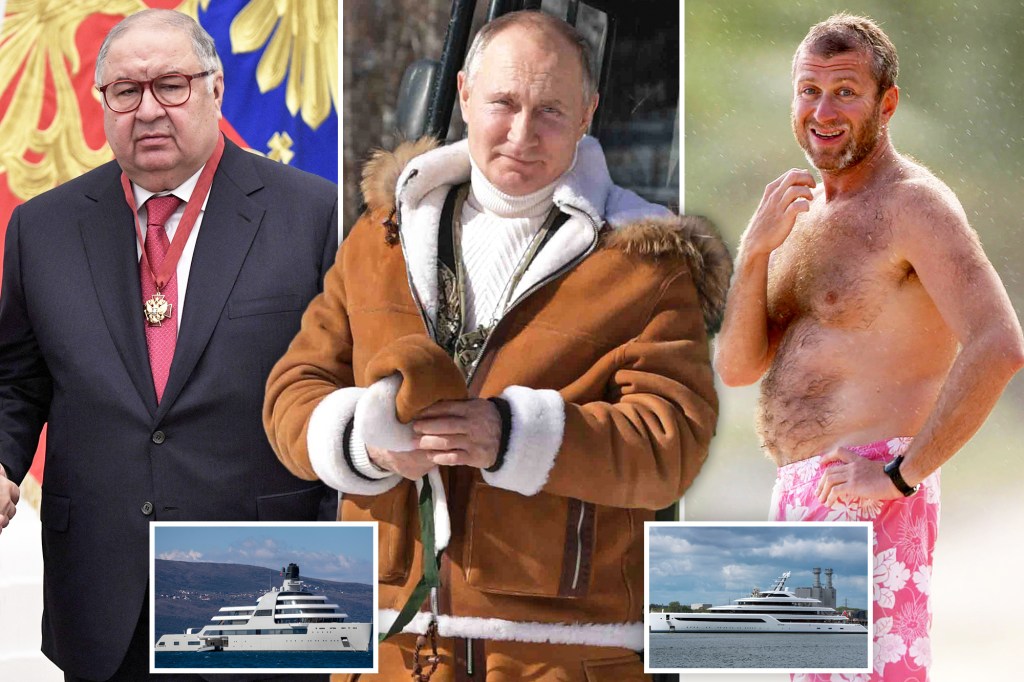 A new online database is pulling back the curtain on the massive wealth accumulated by cronies of Russian President Vladimir Putin.

The “Russian Asset Tracker” was unveiled Monday by the Organized Crime and Corruption Reporting Project, with details on $17.5 billion worth of luxury homes, aircraft, yachts and bank accounts tied to 10 oligarchs, government officials and others.

Topping the list is oil tycoon Roman Abramovich, who the OCCRP says is worth at least $8 billion, down more than 30 percent since he was slapped with sanctions by Britain, Canada and the European Union.

His holdings include an $89.3 million seaside estate on the French Riviera and a $15.3 million mansion on Austria’s Lake Fuschi.

Abramovich — the embattled owner of Britain’s Chelsea Football Club — also has an estate in Saint Tropez, France, and an Airbus M-SOLO helicopter, the values ​​of which are unknown, according to the OCCRP.

Close behind is aluminum magnate Oleg Deripaska, who had a net worth of $5.7 billion and whose $65 million mansion in London’s swank Belgrave Square neighborhood was briefly seized by anarchist protesters last week.

Deripaska, who was sanctioned by the US in 2018, also owns a $31 million mansion on Montenegro’s Adriatic coast, three seaside villas on the Italian island of Sardinia, worth a total $409 million and a Clio “superyacht,” value unknown, according to the OCCRP.

Telecom, media and mining mogul Alisher Usmanov — whose 500-foot megayacht, the Dilbar, was seized by German authorities on March 2 — is reportedly still worth around $3.4 billion, with 27 Swiss bank accounts holding more than $2.1 billion in cash.

Usmanov also owns an Airbus A-340-300 passenger plane worth $350 million and two mansions in North London worth $96.1 million and $30.8 million, according to the OCCRP.

Also included on the list is Moscow’s chief prosecutor, Denis Popov, whose wealth is estimated at $5.6 million, TV and radio anchor Vladimir Soloyvyov, who has an apartment and a villa on Lake Como, Italy, worth a combined $1.2 million, and Putin envoy Yury Chaika, who owns property in Greece valued at $400,000.

Kremlin spokesman Dmitry Peskov, who was sanctioned by the US earlier this month, is also listed as owning an apartment on Avenue Victor Hugo in Paris, although its value is unknown.

“Of all the people named, only Oleg Deripaska is identified with property in the United States,” she said.

“This is helpful, but you can’t sixteen assets until you have evidence that will stand up in court linking them to the commission of a crime,” he said.