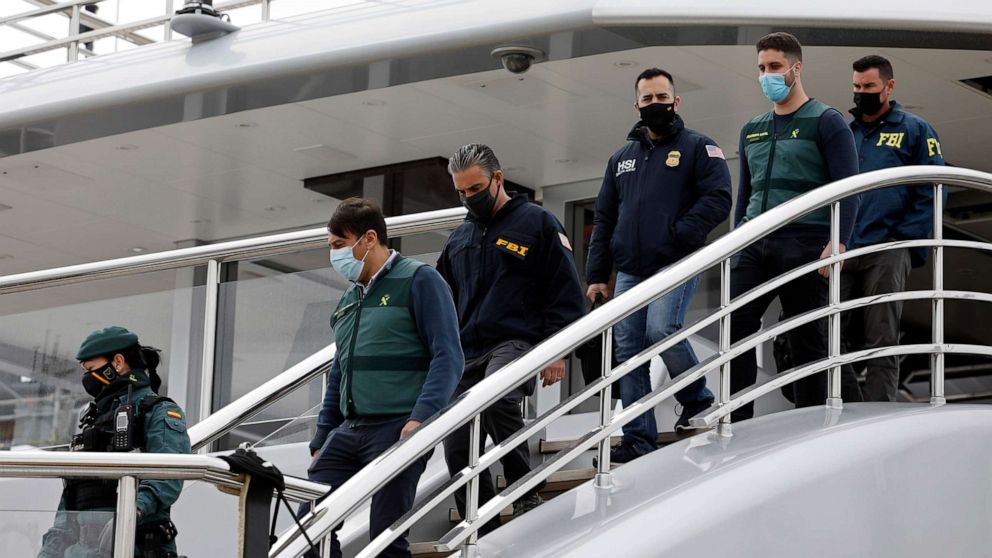 The task force tracks down the assets of oligarchs trying to evade sanctions.

A yacht that belongs to Russian oligarch Viktor Vekselberg has been seized in Marina Real in the Spanish port of Palma de Mallorca, according to court documents unsealed Monday.

The yacht was seized on Monday by Spanish authorities and KleptoCapture, the Justice Department task force charged with finding the assets of oligarchs trying to evade sanctions over Russia’s invasion of Ukraine.

“We will now seek to have the vessel forfeited as the proceeds of a crime,” Attorney General Merrick Garland said in a video message released Monday by the Justice Department.

A spokesperson for Vekselberg did not immediately respond to a request for comment from ABC News.

Vekselberg was designated an oligarch by US authorities in 2018, when he was sanctioned by the United Sates following Russia’s invasion of Crimea.

In addition to the seizure of Vekselberg’s yacht, US authorities also obtained seizure warrants unsealed in Washington, DC, Monday that target roughly $625,000 associated with sanctioned parties that’s being held at nine US financial institutions, the Justice Department said.

The KleptoCapture task force is trying to find yachts, airplanes and other moveable property before it can be moved into jurisdictions where it might be more difficult for US authorities to investigate.

“The point of going after Putin’s cronies and Russian oligarchs who seek to violate our laws and shield their assets is to say that nobody is beyond the reach of our system of justice, beyond the reach of our work and cooperation with our allies,” Deputy Attorney General Lisa Monaco told ABC News’ Byron Pitts last month. “And that these cronies and oligarchs who seek to support and bolster the Russian regime shouldn’t be able to get away with that while people are dying,”