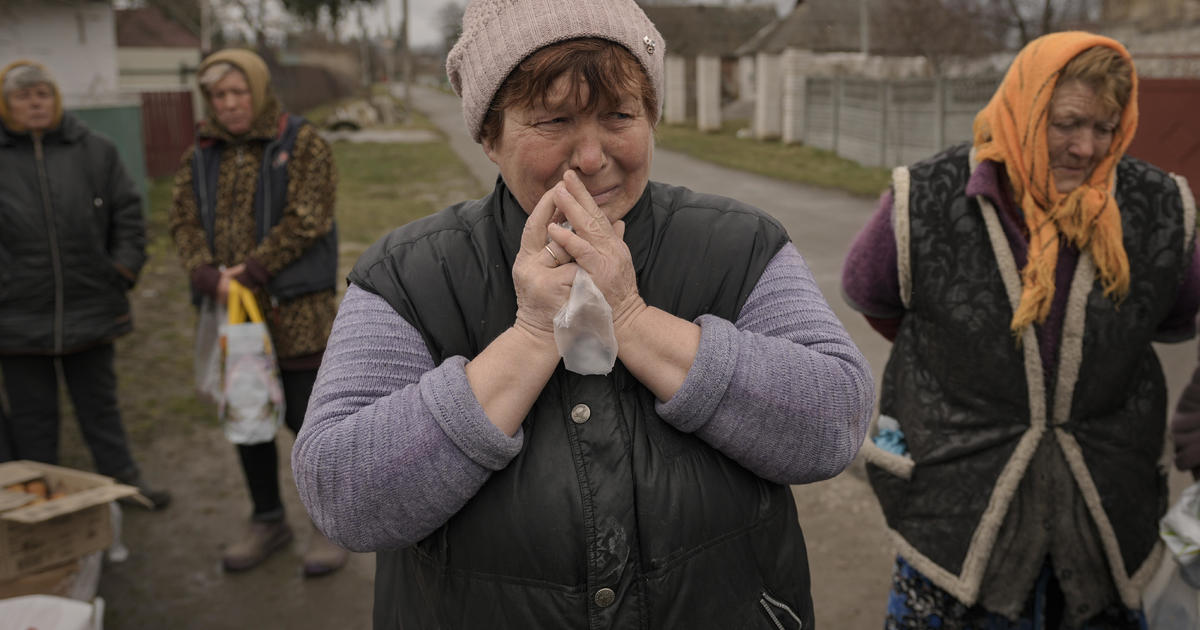 Ukrainian officials and local residents have said the mayor of a small town, along with her husband and son, were executed by invading Russian forces that had until recently occupied the area. Mayor Olga Sukhenko and her family were shot and thrown into a pit in a forest behind a plot of land with several houses that the Russian forces then took over in the town of Motyzhyn, they said.

EDITOR’s NOTE: This article includes images of dead bodies which may offend some readers.

Deputy Prime Minister Iryna Vereshchuk said Sunday that Sukhenko and her husband, who were reported to have been kidnapped by Russian troops on March 23, were “killed in captivity.”

One resident of the town, which sits in territory recently abandoned by Russia’s forces about 31 miles west of Kyiv, told The Associated Press that Russian troops had targeted local officials in a bid to win them over and killed them if they did not collaborate.

The fourth body found in the pit had not been identified but was believed to have been a member of Ukraine‘s security forces.

“The scum killed her, her son and her husband after torturing them,” Ukrainian Interior Ministry advisor Anton Gerashchenko said in a message posted on the Telegram social media app.

AP and Reuters news agency journalists saw the bodies of four people who appeared to have been shot at close range and thrown into the pit in Motyzhyn, and residents at the scene confirmed the mayor and her family were among the bound and blindfolded victims.

Ukrainian forces showed the grave in Motyzhyn to journalists as international outrage over another alleged Russian atrocity in the Kyiv suburbs grew by the hour. Ukraine’s President Volodymy Zelenskyy visited the town of Bucha on Monday, where he saw first-hand evidence of mass-killings allegedly carried out by the Russian invaders. A regional official said about 300 civilians were massacred in Bucha before Russia pulled its forces out of the town late last week, many of whom were buried in a shallow mass-grave.