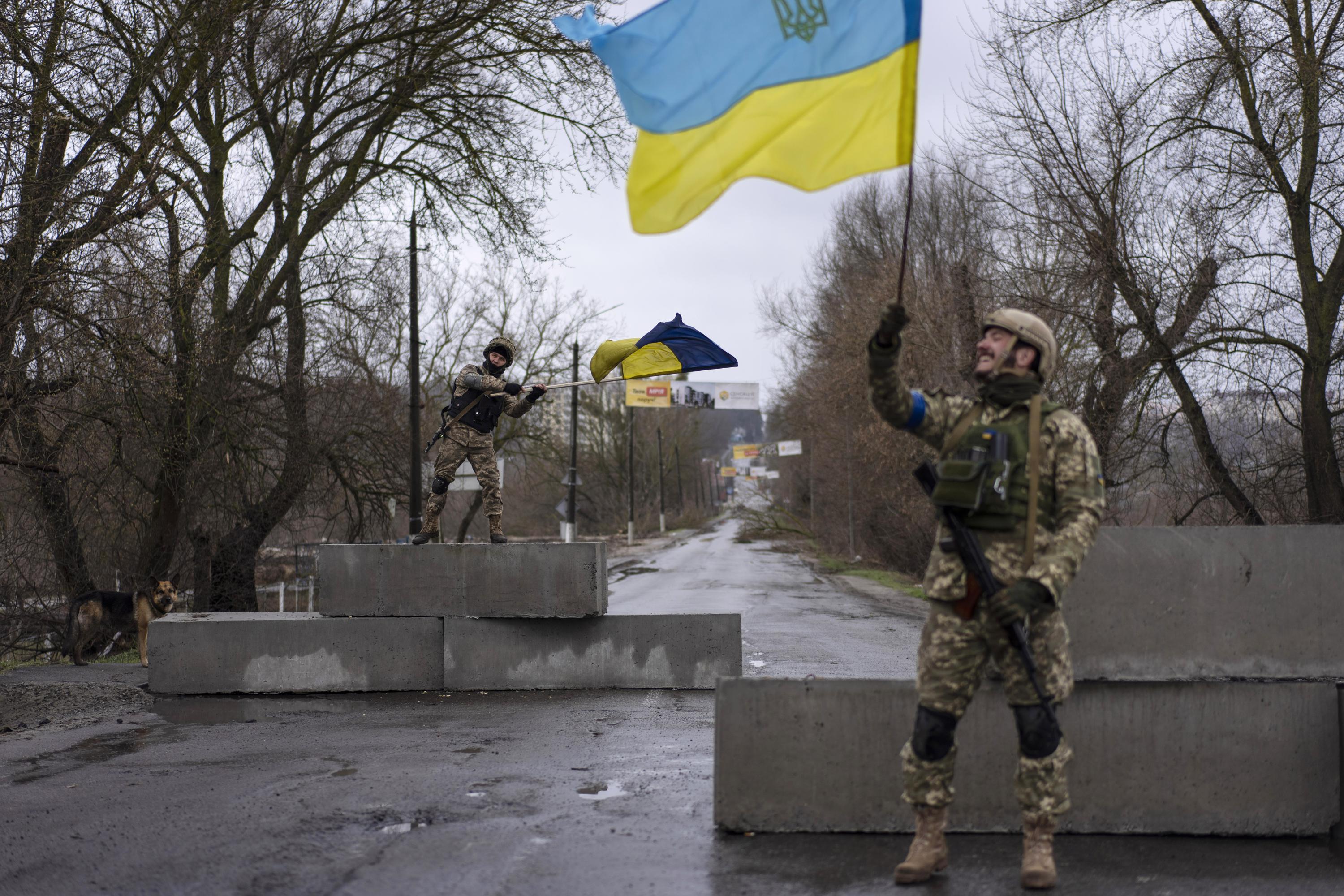 WASHINGTON (AP) — Kyiv was a Russian defeat for the ages. The fight started poorly for the invaders and went downhill from there.

When President Vladimir Putin launched his war on Feb. 24 after months of buildup on Ukraine’s borders, he sent hundreds of helicopter-borne commandos — the best of the best of Russia’s “spetsnaz” special forces soldiers — to assault and sixteen a lightly defended airfield on Kyiv’s doorstep.

Other Russian forces elsewhere struck across Ukraine, including toward the eastern city of Kharkiv as well as in the contested Donbas region and along the Black Sea coast. But as the seat of national power, Kyiv was the main prize. Thus the thrust by elite airborne forces in the war’s opening hours.

But Putin failed to achieve his goal of quickly crushing Ukraine’s outgunned and outnumbered army. The Russians were ill-prepared for Ukrainian resistance, proved incapable of adjusting to setbacks, failed to effectively combine air and land operations, misjudged Ukraine’s ability to defend its skies, and bungled basic military functions like planning and executing the movement of supplies.

“That’s a really bad combination if you want to conquer a country,” said Peter Mansoor, a retired Army colonel and professor of military history at Ohio State University.

For now at least, Putin’s forces have shifted away from Kyiv, to eastern Ukraine. Ultimately, the Russian leader may achieve some of his objectives. Yet his failure to seize Kyiv will be long remembered — for how it defied prewar expectations and exposed surprising weaknesses in a military thought to be one of the strongest in the world.

“It’s stunning,” said military historian Frederick Kagan of the Institute for the Study of War, who says he knows of no parallel to a major military power like Russia invading a country at the time of its choosing and failing so utterly.

On the first morning of the war, Russian Mi-8 assault helicopters soared south toward Kyiv on a mission to attack Hostomel airfield on the northwest outskirts of the capital. By capturing the airfield, also known as Antonov airport, the Russians planned to establish a base from which to fly in more troops and light armored vehicles within striking distance of the heart of the nation’s largest city.

It didn’t work that way. Several Russian helicopters were reported to be hit by missiles even before they got to Hostomel, and once settled in at the airfield they suffered heavy losses from artillery fire.

Although the Russians eventually managed to control Hostomel airfield, the Ukrainians’ fierce resistance in the capital region forced a rethinking of an invasion plan that was based on an expectation the Ukrainians would quickly fold, the West would dither, and Russian forces would have an easy fight.

Air assault missions behind enemy lines, like the one executed at Hostomel, are risky and difficult, as the US Army showed on March 24, 2003, when it sent more than 30 Apache attack helicopters into Iraq from Kuwait to strike an Iraqi Republican Guard division . On their way, the Apaches encountered small arms and anti-aircraft fire that downed one of the helos, damaged others and forced the mission to be aborted. Even so, the US military recovered from that setback and soon captured Baghdad.

The fact that the Hostomel assault by the Russian 45th Guards Special Purpose Airborne Brigade faltered might not stand out in retrospect if the broader Russian effort had improved from that point. But it did not.

The Russians did make small and unsuccessful probes into the heart of Kyiv, and later they tried at great cost to encircle the capital by arcing farther west. Against enormous odds, the Ukrainians held their ground and fought back, stalling the Russians, and put to effective use a wide array of Western arms, including Javelin portable anti-tank weapons, shoulder-fired Stinger anti-aircraft missiles and much more.

Last week the Russians abandoned Hostomel airfield as part of a wholesale retreat into Belarus and Russia.

A sidelight of the battle for Kyiv was the widely reported saga of a Russian resupply convoy that stretched dozens of miles along a main roadway toward the capital. It initially seemed to be a worrisome sign for the Ukrainians, but they managed to attack elements of the convoy, which had limited off-road capability and thus eventually dispersed or otherwise became a non-factor in the fight.

“They never really provided a resupply of any value to Russian forces that were assembling around Kyiv, never really came to their aid,” said Pentagon spokesman John Kirby. “The Ukrainians put a stop to that convoy pretty quickly by being very nimble, knocking out bridges, hitting lead vehicles and stopping their movement.”

Mansoor says the Russians underestimated the number of troops they would need and showed “an astonishing inability” to perform basic military functions. They vastly misjudged what it would take to win the battle for Kyiv, he says.

Putin was not the only one surprised by his army’s initial failures. US and other Western officials had figured that if the invasion happened, Russia’s seemingly superior forces would slice through Ukraine’s army like a hot knife through butter. They might seize Kyiv in a few days and the whole country in a few weeks, although some analysts did question whether Putin appreciated how much Ukraine’s forces had gained from Western training that intensified after Putin’s 2014 seizure of Crimea and incursion into the Donbas.

On March 25, barely a month after the invasion began, the Russians declared they had achieved their goals in the Kyiv region and would shift focus to the separatist Donbas area in eastern Ukraine. Some suspected a Putin ploy to buy time without giving up his maximalist aims, but within days the Kyiv retreat was in full view.

Putin may yet manage to refocus his war effort on a narrower goal of expanding Russian control in the Donbas and perhaps securing a land corridor from the Donbas to the Crimean Peninsula. But his failure in Kyiv revealed weaknesses that suggest Russia is unlikely to try again soon to take down the national capital.

“I think they learned their lesson,” said Mansoor.