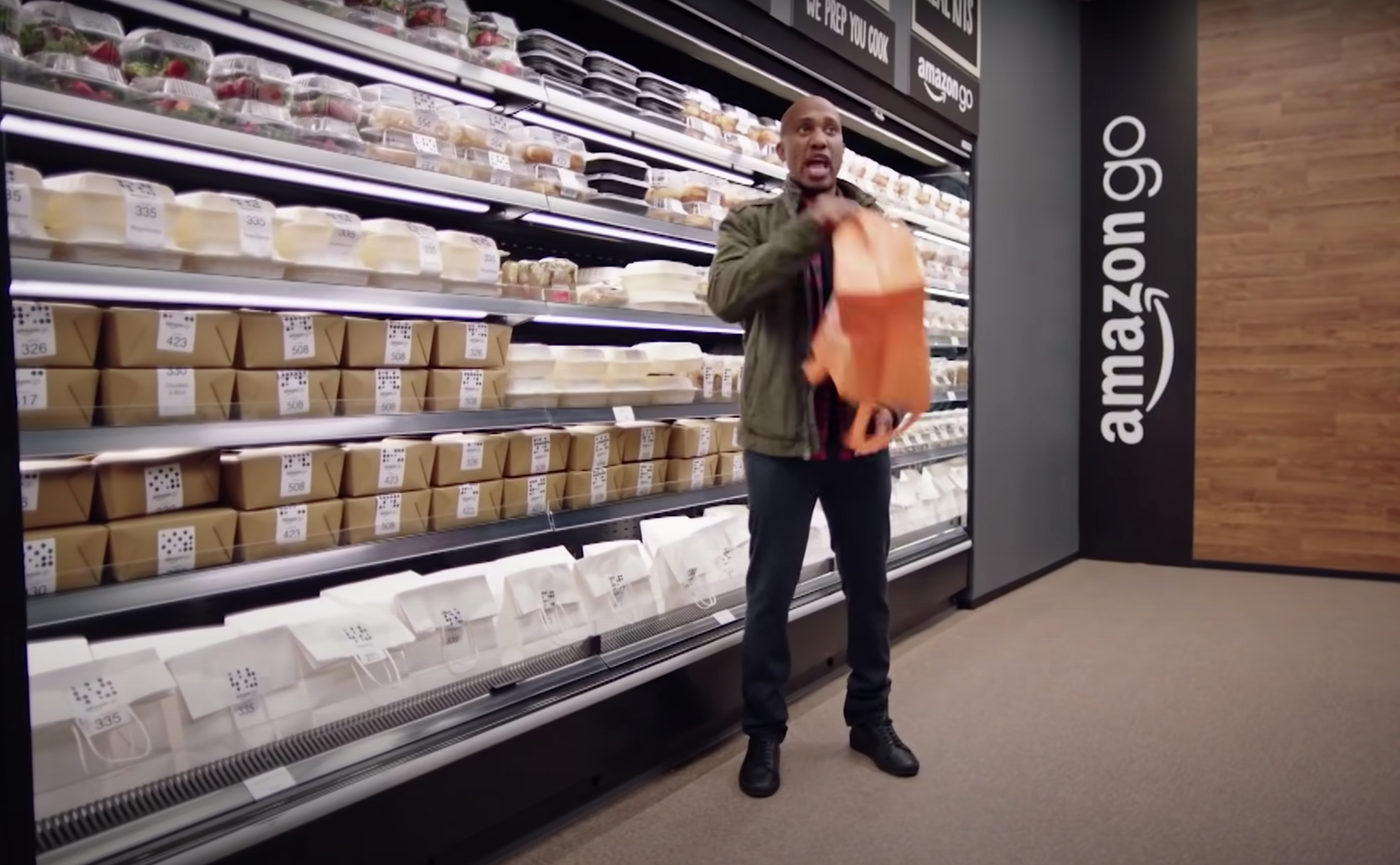 The concept is simple at Amazon Go stores: no lines, no checkout. You can just grab what you want and leave.

But in a depiction of the new shopping model hilariously satirized in last night’s episode of “Saturday Night Live,” not every customer seems to think so.

Amazon rolled out the new concept in 2018, and four of the cashierless stores have popped up around downtown San Francisco since then. The sketch provides a searing tongue-in-cheek portrayal of Amazon Go’s “Just Walk Out” technology — and how the shopping experience might not be so seamless for everyone.

In the spoofed commercial, the white clientele seem to get the memo.

“Wow, that’s so easy,” a shopper played by Heidi Gardner proclaims after plucking a carton of pastries from a shelf and leaving the store.

But in a time of rampant retail racism, some of the store’s Black customers are quick to second-guess the supposedly innovative shopping experience.

“So you just want me to take something and walk out?” a dubious Kenan Thompson asks the camera. “Nah, sound.”

“But it’s so convenient,” insists the commercial’s perky voiceover, narrated by Cecily Strong.

As Strong tries to persuade all of Amazon Go’s shoppers into believing that the grab-and-go technology is advantageous for everyone, using methods like “sensor fusion” and “computer vision” to ensure customers get in and out of the store as efficiently as possible, they become even more unconvinced.

The staggering contrast between each shopper’s experience becomes all the more apparent from there.

When a shopper played by Chloe Fineman changes her mind about a box of granola cereal and simply puts it back on the shelf — the store’s technology promises to subsequently update the customer’s virtual shopping cart — another customer played by Chris Redd handles the situation much differently.

“OK, I am putting the sandwich back, y’all. I have decided to get a different sandwich today,” he pointedly yells to no one in particular, before turning his empty shopping bag upside down and shaking it for emphasis.

Eventually, Zoe Kravitz, the evening’s host and star of “The Batman,” makes an appearance. She’s pleased to discover the store has her favorite brand of kombucha in stock, but is too paranoid to walk out of the store with it herself, enlisting her white partner for the task.

And later, Redd appears to be so suspicious of the store’s surveillance that he refuses to leave.

Watch the full clip below: