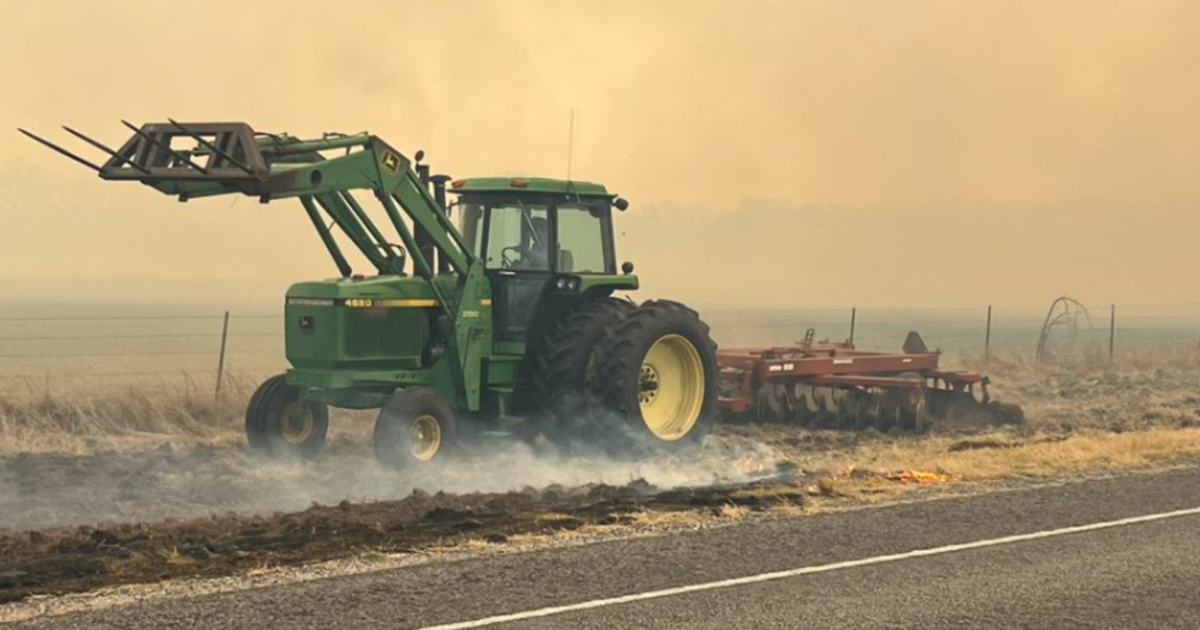 Strong gusty winds and low humidity ignited a series of wildfires across central Texas overnight Thursday, destroying at least 50 homes and resulting in at least one death, officials said. By Friday afternoon, the Eastland Complex wildfires had burned 45,383 acres and were 10% contained, according to the Texas A&M Forest Service.

Four wildfires, including the Kidd Fire, Wheat Field Fire, Walling Fire and Oak Mott Fire, make up the Eastland Complex, the Texas A&M Forest Service said. Hundreds of Eastland County’s 18,000 residents have been urged to evacuate, according to the Associated Press. Fire officials asked the community to heed caution, practice fire safety and evacuate when prompted, before it is too late.

A temporary flight restriction has been issued for the area to make way for firefighting aircraft, the Texas A&M Forest Service said.

“As a result of limited visibility, Deputy Fenley’s vehicle ran off the roadway and was subsequently engulfed by wildfire,” the Frisco Police Department tweeted Friday. “We will never forget her sacrifice.”

Texas Governor Greg Abbott ordered flags to be lowered to half-staff in Eastland County in honor of Fenley, and gifted her family the state flag during a press conference.

“As a state we have great appreciation for her service, for stepping up, for doing what Texas law enforcement, law enforcement officials do every single day,” Abbott said. “They put their lives on the line to preserve and to protect their communities and that’s exactly what she did.”

Abbott said at least 50 homes — mostly located in Eastland, Comanche and Brown County — have been destroyed in the blazes. “Probably as we are able to better surveil damages here in the coming days, we will find more of that,” he said.

He signed a disaster proclamation for the 11 Texas counties impacted by the Eastland Complex, and said 13 state agencies and 48 fire departments are collaborating on fire response.

Abbott warned that the area’s dry terrain and shifting winds could cause the wildfires to spread.

“We cannot underscore enough that there is danger that remains,” he said. “Part of what we’re fighting is the weather and the winds.”

Tori B. Powell is a breaking news reporter at CBS News. Reach her at tori.powell@viacomcbs.com