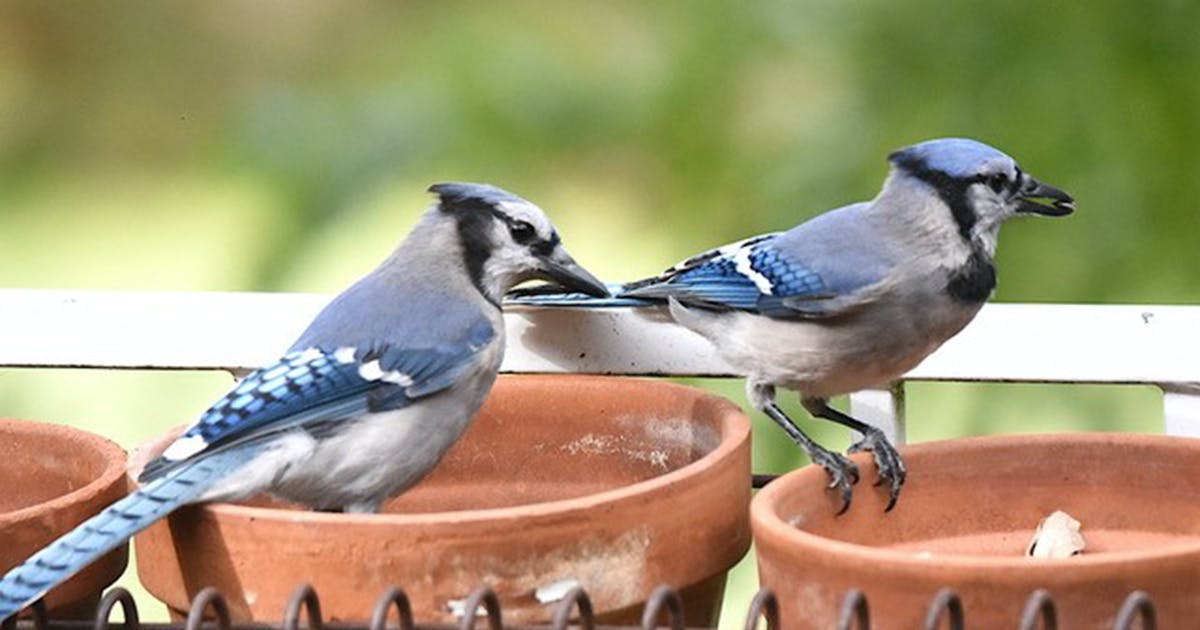 Avian flu is highly unlikely to injure or kill your backyard birds or infect your feeders.

“Right now avian flu is not a major concern for us,” Tami Vogel of the Wildlife Rehabilitation Center of Minnesota said in late March.

“We’re not advising people to take down their bird feeders,” she said.

Commercial poultry farms in Minnesota—raising turkeys and chickens—have infected birds; they have the problems.

Wild birds are being infected, too, but only a handful from the metro area by the end of March — species included a crow, blue jay, mallard and wood duck, Vogel reports.

Wild waterfowl can carry the virus. It presents the most danger to domestic fowl.

Is it a danger to you? Rarely would there be transmission from the birds in your backyard to you or anyone else, according to Vogel.

“If ducks/geese congregate beneath your feeders you might want to consider making that area inaccessible in some way,” Vogel said.

She suggested that my wife and I stop scattering shelled corn in our back yard for visiting mallards, wood ducks and Canada geese, all three species high on the infection list.

That’s a “you never know” precaution, she said.

Also, now more than ever you should routinely clean feeders and bird baths.

How can you tell if the bird in question is ill? If it looks sick, it probably is sick, Vogel said. Look for lethargy and draining from the nares (nostrils).

Don’t try to help the bird, she told me. Call local animal control or the Minnesota Department of Conservation and ask for instructions. Follow protocols you are given for handling deceased birds.

The WRC is hoping municipalities have plans in place for how to handle sick/dying birds as well as dead birds.

In Minneapolis, people who encounter sick or injured wildlife should call 311 and request an animal control officer come out to assist, according to Casper Hill of the city communication department.

“It’s helpful if callers provide a good description of the animal and where it was last seen,” he wrote in an e-mail. “If able they could monitor the animal (from a distance) until an officer arrives.

“Deceased wild birds pose little risk to humans,” Hill wrote. But he offered this advice if you are to dispose of the dead bird yourself:

Use reasonable caution (wear gloves, use a shovel, wash hands for at least 20 seconds, etc.), he wrote. Out of the utmost caution, people can wash clothing and disinfect soles of shoes that may have come in contact with the deceased animal.

Disinfect shoes by spraying soles with a bleach solution (one part bleach, three parts water), letting them stand for 10 minutes, then wiping them off.

In Roseville, the rehab center at the end of March was accepting songbirds as patients, but not waterfowl, crows or blue jays.

It’s possible that an infected bird will show no sign of illness, according to the Animal and Plant Health Inspection Service (APHIS) of the US Department of Agriculture.

“The virus can spread through regular respiration (airborne), saliva, and through fecal matter. The virus can remain infectious on objects like feeders/seed, and bird baths,” the APHIS website says.

“We’re hoping to see an end of infections in the wild bird population by mid-to late June, but that is purely hope right now,” Vogel said.

“We don’t know how long the outbreak will last. It’s been in Europe for months,” she said.

As of March 28 the US Department of Agriculture listed the virus present in more than two dozen states and a half-dozen Canadian provinces. Most of the infected birds were ducks or geese. Trumpeter swans are listed as susceptible.

APHIS anticipates that additional avian influenza detections will occur as wild bird migration continues, according to its website.

Lifelong birder Jim Williams can be reached at woodduck38@gmail.com.