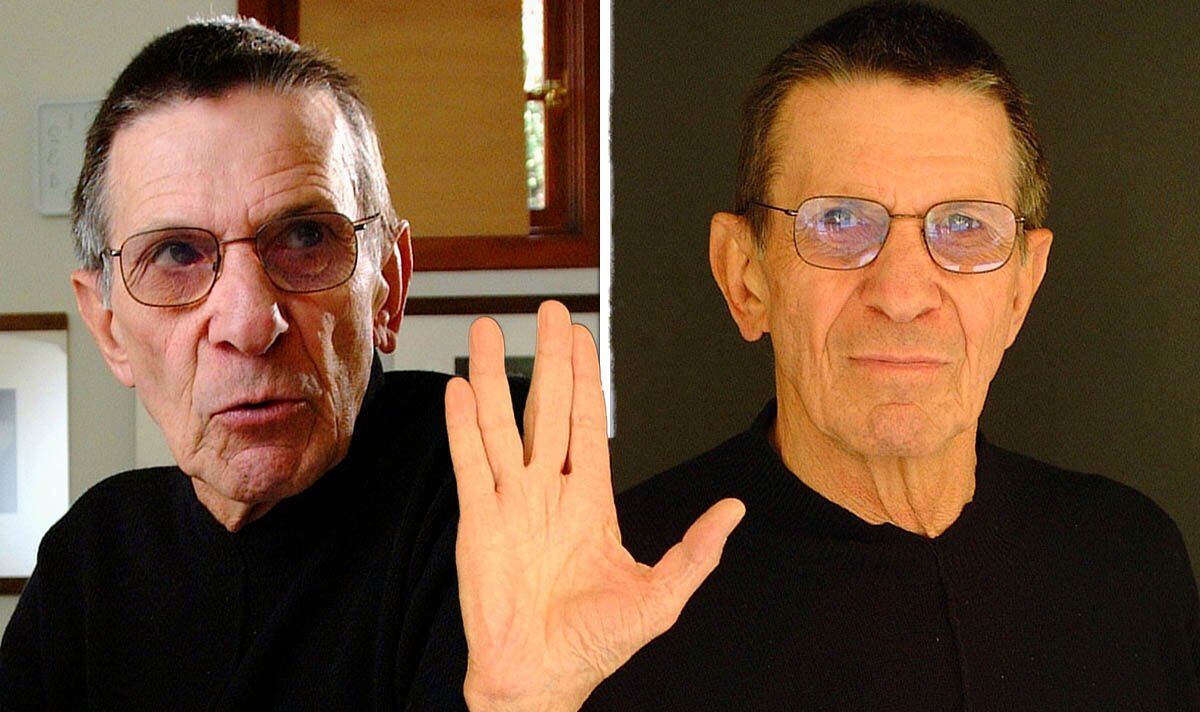 Having smoked for 37 years, Nimoy finally quit his habit in 1985, but in 2013 was diagnosed with COPD, the term which is used to describe a group of lung conditions that cause breathing difficulties. Despite giving up the habit, Nimoy was plagued by a persistent cough, lingering bronchitis and shortness of breath when walking or exercising, symptoms that over time sadly contributed to his death. Four years following his health in 2019, Nimoy’s widow Susan continued her husband’s legacy, sharing more details about the dangers of smoking and the effect COPD had on her late husband.

Susan explained that Nimoy tried – and failed – several times to give up smoking, after starting as a teenager, but it wasn’t until his first grandchild was born that he finally gave up for good.

However, the damage was already done. Despite Nimoy thinking he would die from lung cancer, soon the long-term effects of smoking caught up with him, and towards the end he could not make it 100 feet before running out of breath.

“The last month, where he had to go to [the emergency room] three times, it was traumatic for both of us,” Susan recalled in 2019. “Really excruciatingly scary.”

The NHS explains that COPD includes two main conditions; emphysema and chronic bronchitis. The first, causes damage to the air sacs in the lungs and the latter causes long-term inflammation of the airways.

READ MORE: Pancreatic cancer symptoms: ‘A particularly bad smell’ when you go to the toilet is a sign

These breathing problems tend to get gradually worse over time and can limit an individual’s ability to partake in normal activities, although treatment can help keep the condition under control.

As part of breathing problems, the main symptoms of COPD include:

Most individuals diagnosed with COPD are or were smokers, however the condition can also be caused by long-term exposure to harmful fumes or dust. In rare cases, COPD develops as a result of a rare genetic problem where the lungs are more vulnerable to damage.

Smoke Free, a government tool to help individuals quit smoking, explains that when individuals smoke, the tiny air sacs known as alveoli, that allow oxygen exchange are destroyed. Once destroyed, alveoli do not grow back, so permanent damage to part of your lungs occurs.

Before his death, Nimoy used his social media accounts to warn others about the damage smoking can cause.

This was the first in a whole host of tweets. Another in 2015 read: “Don’t smoke. I did. Wish I never had,” before signing off with “LLAP” an abbreviation of Spock’s infamous phrase: “Live Long and Prosper”.

A third tweet went further to point individuals trying to smoke in the right direction. It read: “I tried to “smoke a little”. Failed. I finally learned I cannot smoke at all. Quitting isn’t easy. I went through a program. Now FREE. LLAP [sic].”

According to statistics by the NHS, approximately 1.7 million people in England have been diagnosed with COPD, making it the second most common lung disease in the UK after asthma.

Luckily, COPD can be treated, slowing down the progression of the condition. The first of these treatments is to stop smoking, the NHS states that this is the “most important thing you can do”.

Other treatments for COPD include the following:

Despite treatment, COPD cannot be cured and symptoms may continue to worsen, causing a significant impact on the lives of individuals diagnosed with the condition.

In addition to lung conditions, smoking can put individuals at risk of a variety of severe health conditions. These include coronary heart disease, stroke and cancer. In fact, estimates show that smoking doubles the risk of heart disease.

Although lung cancer might be the most obvious form of cancer that can develop due to smoking, the Centers for Disease Control and Prevention (CDC) explains that smoking can cause cancer almost anywhere in the body. This includes:

Although sounding obvious, the best way to prevent conditions like COPD is to avoid smoking altogether. Even for those who have smoked in the past, quitting can add as much as 10 years to their lives.

If you or someone you know is thinking about stopping smoking, they can contact NHS Smokefree for free advice and support. They may also want to talk to a GP about the stop smoking treatments available.