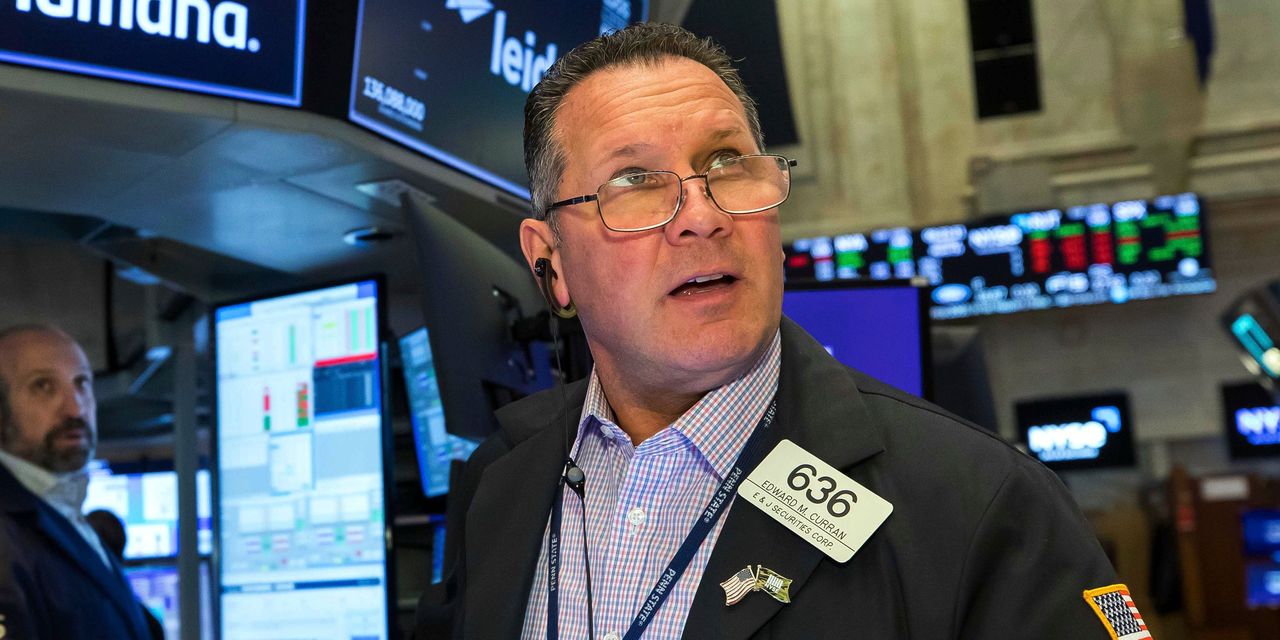 US stocks fell and oil prices climbed, as concerns about rising commodity prices and uncertain progress in cease-fire talks between Russia and Ukraine weighed on investors.

The S&P 500 slipped 0.2% in early trading Wednesday, while the tech-focused Nasdaq Composite Index lost 0.2%. The Dow Jones Industrial Average was recently down less than 0.1%. On Tuesday, major US stock indexes jumped, extending the S&P 500’s winning streak to four sessions.

Major US stock indexes are on track to finish March with solid gains after a midmonth U-turn sent stocks climbing. This month, investors had to contend with war in Ukraine, surging inflation and a Federal Reserve that has begun raising interest rates for the first time since 2018. Yet traders have continued to pile into US equities. As of Tuesday’s close, the S&P 500 had notched a 5.9% gain for the month.

Still, strategists and investors say the rebound is fragile. Kremlin spokesman Dmitry Peskov said on Wednesday that talks with Ukrainian negotiators in Istanbul had not moved the two countries closer to an agreement that would end Russia’s invasion.

Big swings in everything from oil prices to Treasury bonds in recent weeks have periodically weighed on sentiment. On Wednesday, for example, rising oil prices pushed stocks lower. Brent crude, the international benchmark for oil prices, rose about 4% to $111.98 a barrel.

In Europe, natural-gas prices, which are often volatile, jumped more than 10% after Germany indicated it was bracing for a possible reduction of Russian gas supplies. German officials said the country’s gas supply from Russia continues uninterrupted but that it was triggering the early warning stage of a contingency plan that is in place for possible energy shortages. Germany’s economy minister Robert Habeck said the warning was a precautionary measure.

“This is causing concern… that gas prices could go even higher and add to inflationary pressure,” said Susannah Streeter, senior investment and markets analyst at Hargreaves Lansdown.

Investors on Wednesday were also contending with increasing skepticism, she said, over peace talks between Russia and Ukraine. On Wednesday, Russia dampened hope that significant advancements had been achieved, with Kremlin spokesman Dmitry Peskov saying the country couldn’t point to anything particularly promising.

“Hopes were a lot higher yesterday that there could be a breakthrough in the talks, but I think those hopes have faded away,” Ms. Streeter said. “I think [markets] are going to continue to be pretty volatile.”

In the bond market, traders say they are keeping careful watch on the so-called yield curve, which measures the spread between short- and long-term rates and is often seen as an indicator of sentiment about the prospects for economic growth. On Tuesday, the yield curve briefly inverted, with yields on two-year US Treasurys surpassing those on the 10-year benchmark note for the first time since 2019.

On Wednesday, the yield on the 10-year Treasury note traded higher than the yield on the two-year note. The 10-year recently traded around 2.378%, down from 2.399% Tuesday, according to Tradeweb. The two-year yield traded around 2.334%, down from 2.349% Tuesday. An inverted yield curve is sometimes seen as a recession signal. Yields fall when prices rise.

Money-managers say the risk of recession is currently greater in Europe than in the US, in part because of the continent’s relative reliance on Russian exports. Russia supplies around 40% of the European Union’s natural gas.

A European recession is “within our baseline scenario,” said Seema Shah, chief strategist at Principal Global Investors. In addition to the continent’s dependence on Russia for gas and other goods, Europe is also contending with significant inflation, she said. On Wednesday, fresh data showed that consumer prices in Germany for March rose 7.3% year-over-year.

In early trading in New York, energy stocks—some of the market’s best performers so far this year—also traded higher, with Marathon Oil and Occidental Petroleum each adding more than 2%.

Meanwhile, shares of Lululemon Athletica climbed 5.8% after posting higher revenue and profit for the fourth quarter.

In currency markets, the euro climbed 0.3% to trade around $1.11. The ICE US Dollar index, which tracks the currency against a basket of others, fell 0.4%. The Japanese yen rebounded from its recent slide, climbing 0.8% against the dollar after the Bank of Japan boosted its bond-buying operations.

—Matt Grossman contributed to this article.

Write to Caitlin McCabe at caitlin.mccabe@wsj.com