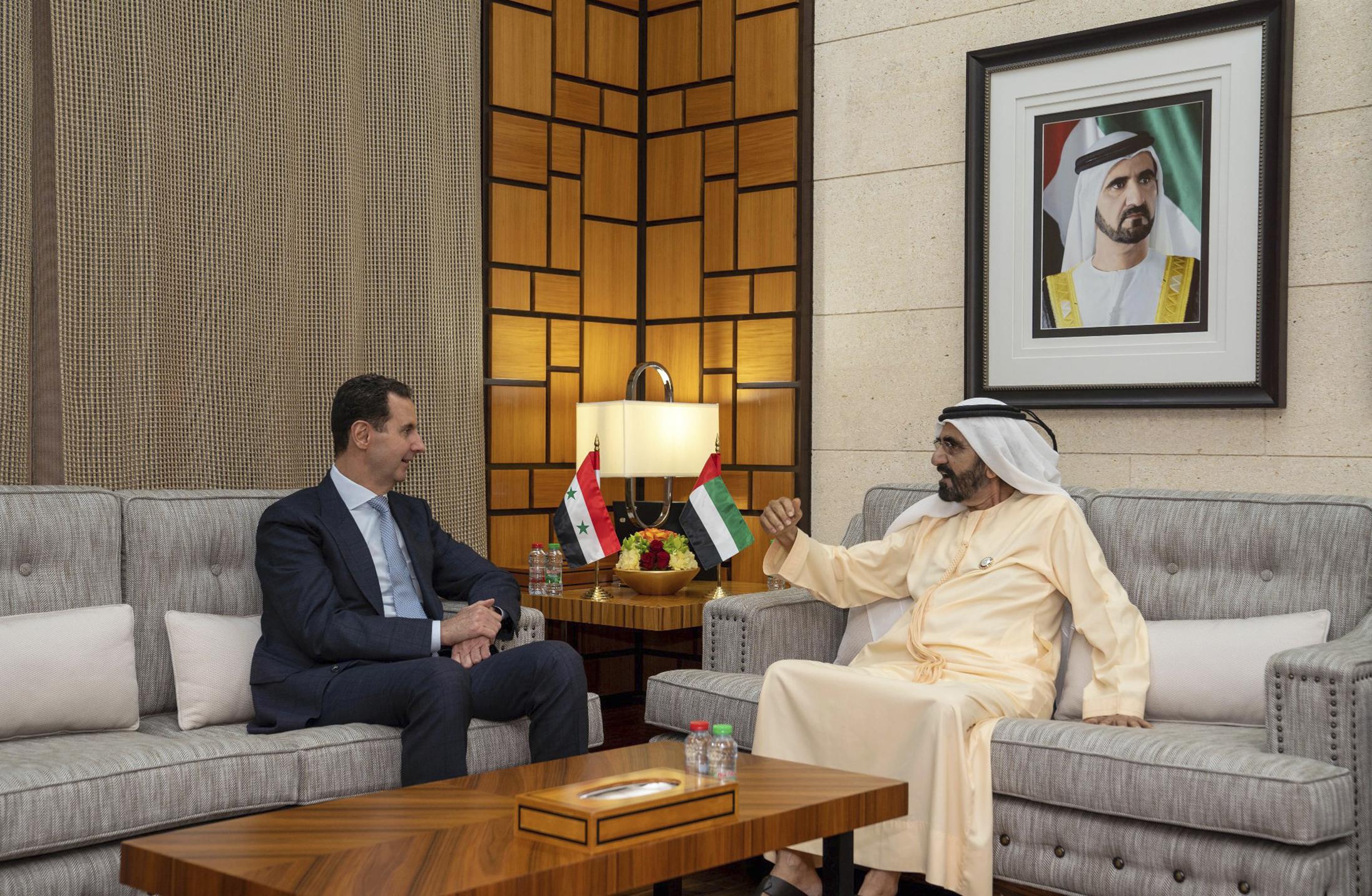 DAMASCUS, Syria (AP) — Syrian President Bashar Assad was in the United Arab Emirates on Friday, his office said, marking his first visit to an Arab country since Syria’s civil war erupted in 2011.

In a statement posted on its social media pages, the office says that Assad met with Sheikh Mohammed bin Rashid Al Maktoum, vice president and prime minister of the UAE and the ruler of Dubai. The two discussed expanding bilateral relations between their countries, it said.

The visit sends the clearest signal yet that the Arab world is willing to re-engage with Syria’s once widely shunned president. It comes against the backdrop of the raging war in Ukraine where Assad’s main ally, Russian President Vladimir Putin, is pressing on with a military offensive, now in its fourth week, raining lethal fire on Ukrainian cities, including the capital, Kyiv. Syria has supported Russia’s invasion, blaming the West for having provoked it.

Syria was expelled from the 22-member Arab League and boycotted by its neighbors after the conflict broke out 11 years ago. Hundreds of thousands of people have been killed in the war, which displaced half of Syria’s population. Large parts of Syria have been destroyed and reconstruction would cost tens of billions of dollars.

Arab and Western countries generally blamed Assad for the deadly crackdown on the 2011 protests that evolved into civil war, and supported the opposition in the early days of the conflict.

When asked about Assad’s visit to the UAE, US State Department spokesperson Ned Price said Washington was “profoundly disappointed and troubled by this apparent attempt to legitimize Bashar Al-Assad, who remains responsible and accountable for the death and suffering of countless Syrians, the displacement of more than half of the pre-war Syrian population, and the arbitrary detention and disappearance of over 150,000 Syrian men, women and children.”

Assad has very rarely traveled outside the country during Syria’s civil war, only visiting Russia and Iran. Tehran has given the Syrian government billions of dollars in aid and sent Iran-backed fighters to battle alongside his forces — assistance that, along with Russian air power, has helped turn the tide in Assad’s favor.

With the war having fallen into a stalemate and Assad recovering control over most of the country thanks to military assistance from his two allies, Arab countries have inch closer toward restoring ties with the Syrian leader in recent years.

The UAE reopened its embassy in Syria in late 2018 in the most significant Arab overture toward the Assad government, though relations remained cold. Last fall, the Emirati foreign minister flew to Damascus for a meeting with Assad, the first visit by the country’s top diplomat since 2011. The United States, a close Emirati partner, criticized the visit at the time, saying it would not support any normalization with Assad’s government.

A key motive for the overtures by Sunni Muslim countries in the Persian Gulf is to blunt the involvement of their Shiite-led foe, Iran, which saw its influence expand rapidly in the chaos of Syria’s war.

The rapprochement, however, could serve both sides.

Syria badly needs to boost relations with oil-rich countries as its economy is being strangled by crippling Western sanctions and as it faces the task of post-war reconstruction. The UAE is also home to thousands of Syrians who work in the Gulf Arab nation and send money to their relatives at home.

At the meeting, Sheikh Mohammed expressed his hope “this visit would be the beginning of peace and stability for Syria and the entire region.”

The report said Assad briefed Sheikh Mohammed on the latest developments in Syria and the two leaders discussed mutual interests in the Arab world. Assad was reported to have left the UAE later on Friday from Abu Dhabi.

Sheikh Mohammed stressed to Assad that Syria remains a “fundamental pillar of Arab security” and that he hopes the UAE can facilitate its development. The leaders also discussed the importance of “the preservation of Syria’s territorial integrity and withdrawal of foreign forces,” the report added.

The similarly vague statement said Dubai’s Sheikh Mohammed affirmed the UAE’s desire to “discover new paths of constructive cooperation” with Syria and made no reference to the war.