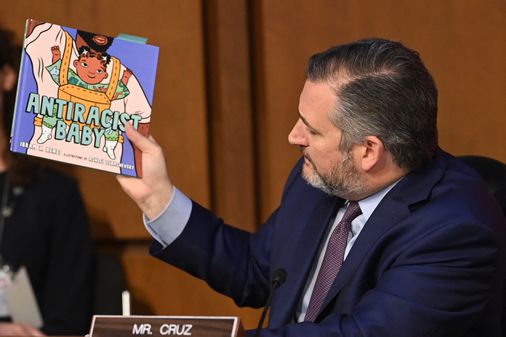 The Texas Republican Senator spent much of his allotted question time during Tuesday’s Supreme Court hearings probing nominee Ketanji Brown Jackson about critical race theory. As he questioned Jackson, Cruz held individual copies of books on the topic he claimed are taught at a Washington, DC, private school where she is a board member, with overblown images from some of them propped up behind him.

Cruz’s sharp question about one, “Do you agree with this book that is being taught with kids that babies are racist?” went viral and became one of the indelible images of the hearings.

But while Cruz’s intent appeared to be to criticize the book — Ibram X. Kendi’s “Antiracist Baby” — and by extension Jackson, his query had the opposite effect. Within hours of the exchange, “Antiracist Baby,” an illustrated children’s book that seeks to educate kids about antiracism, had become one of the hottest-selling children’s books.

As of early Saturday morning, the book by Kendi, a professor and the founding director of the Center for Antiracist Research at Boston University, continued to hold a top spot in multiple categories, including the overall bestseller on the site. Amazon updates the list hourly to reflect “recent and historical sales.”