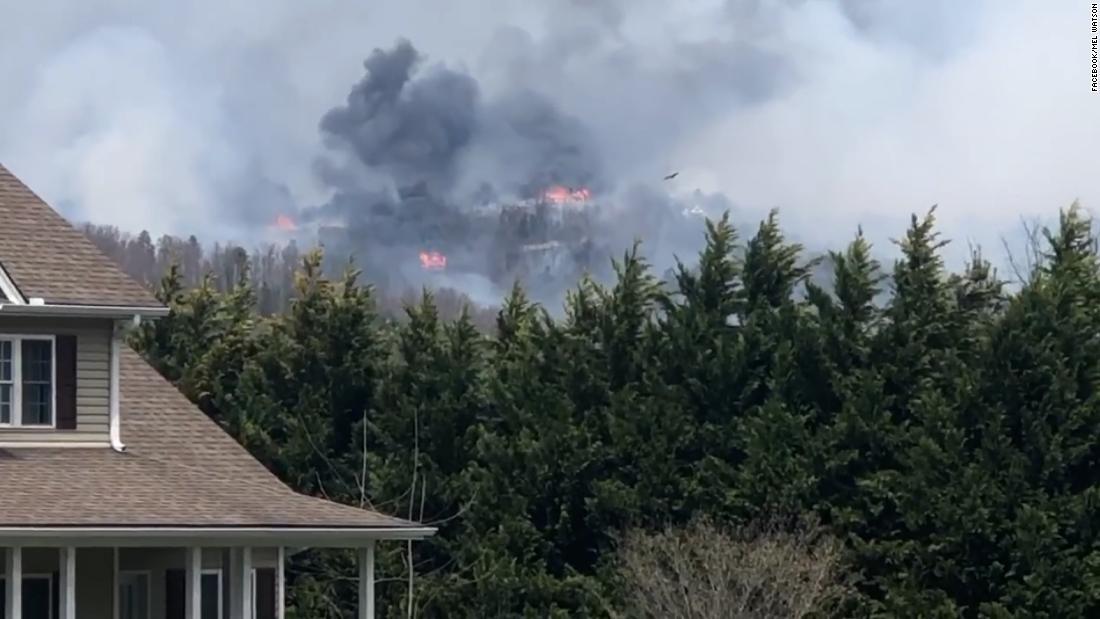 The Sevier County School System is canceling classes “out of an abundance of caution for our students, parents, and staff members,” it said in a message on its website.

The Hatcher Mountain Road/Indigo Lane Fire started around 11 am Wednesday and had swelled to about 1,000 acres by Wednesday night, according to a county official.

At least one person was injured in the fire and 35 structures were affected, Perrin Anderson, the assistant county mayor for governmental affairs, said. Officials didn’t elaborate on the extent of the damage or whether the fire was at all contained.

Parts of the county, which includes the cities of Pigeon Forge and Gatlinburg, were under a mandatory evacuation due to the fire Thursday morning.

At least three shelters were opened to accommodate those potentially displaced by the fires, according to county officials.
“The American Red Cross is asking people who are planning to come to an evacuating center to bring bedding (such as pillows) and prescribed medications with them to help make their stay more comfortable,” the agency said in a tweet.
The area was under a High Wind Warning overnight with the National Weather Service forecasting 40 to 50 mile per hour winds with gusts up to 90 mph.

A separate evacuation order for another part of the county was briefly issued overnight after a downed power line sparked another fire, officials said.

The second fire had burned 1.5 acres after starting just before midnight Wednesday, the city of Gatlinburg said, but evacuation orders were lifted at 4:30 am

“The City is grateful for its first responders from the Gatlinburg Police Department, the Gatlinburg Fire Department, and other outside agencies which responded to the fire,” Gatlinburg City Manager Cindy Cameron Ogle said in a news release. “We are also thankful no structures were destroyed, and no one was injured and that everyone heeded the evacuation orders.”